Today it is rare to find a mouse that is classified as “gaming” and that lacks RGB LED lighting, a feature that may be downplayed for many users, but which is very convenient for others. However, what if we tell you that the LED lighting on your gaming mouse may be weighing on the performance of your CPU?

How the LEDs on your gaming mouse affect CPU performance

Let’s start by talking about those gaming mice that integrate LED lighting but are purely aesthetic. These mice have a small internal memory that allows them to store lighting profiles, and in this case it does not depend on any software because works completely independently of the PC, so that the effects will always be present even if you connect the mouse to a USB charging port (you can check this, for example, by connecting your gaming mouse to the TV or even using the plug charger of your mobile). In this case, the impact on CPU performance is literally zero.

However, things can change a lot in the case of gaming mice that do use software, and especially those with advanced lighting effects. In the case of mice in which a certain color is configured depending on the assigned profile, or some specific effect, it only has an impact when the profile is changed or the aforementioned effect is selected (although the performance impact is minimal ), but the rest of the time it won’t weigh on CPU performance either. Now, when we can really find a drag in the performance of the PC processor is in mice with more advanced LED lighting effects, and especially in the reagents. For example, setting the mouse to blink red when we are attacked in a game entails an integration of the software with said game, and that implies that the CPU is sending and receiving constant information to be able to execute the reactive effect on the mouse lighting. .

The same happens for example with sound reactive effects. Some mice allow you to configure the lighting to vary depending on what is heard on the PC, and this again entails constant CPU work, dedicating resources to these effects that, in some cases, can cause a drag on performance, very especially in Little powerful CPU.

How much performance is lost by having a gaming mouse with LEDs? 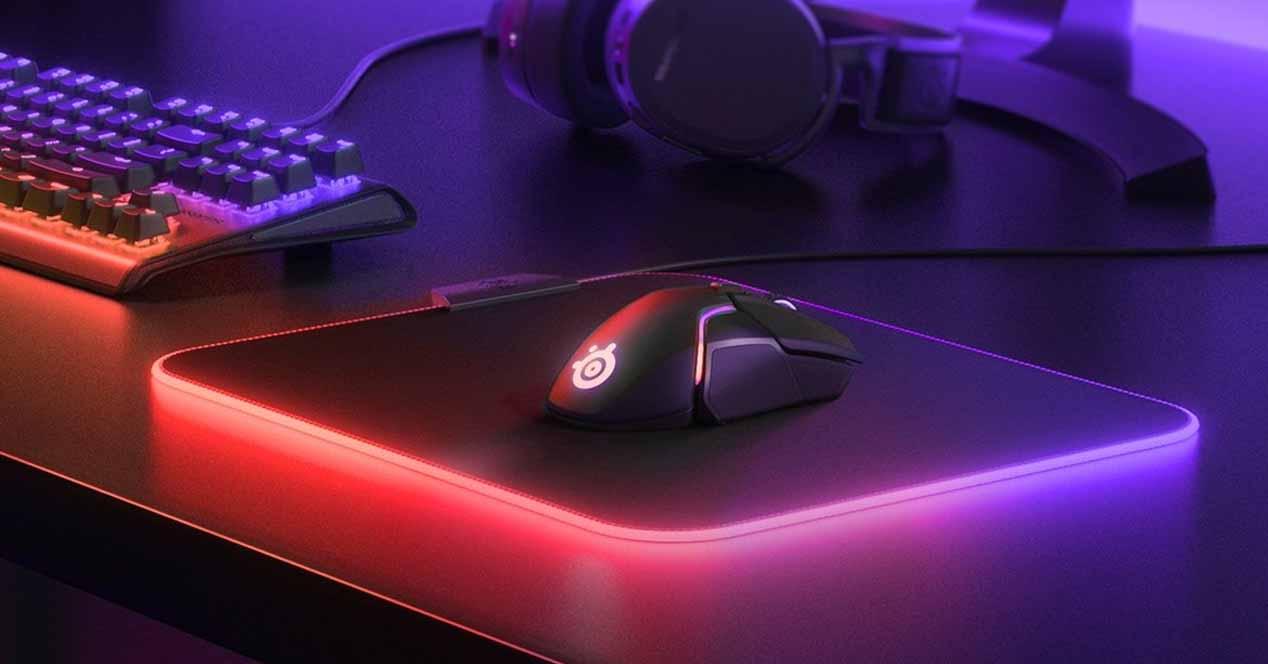 As we have mentioned before, when it comes to mice that have integrated lighting and that are not configurable by software, the general rule is that the impact on the CPU performance be zero. When it comes to mice that have the lighting set to change with profile changes, yes we can find some CPU work at the moment of profile change, but it is something momentary that only happens for a fraction of a second just when changing. in profile and we cannot say that it is remarkable, at least not generally (it depends a lot on the software).

When we talk about a gaming mouse with LED lighting configured in reactive mode, as we have explained before, the impact on the CPU depends a lot on its power. For example, with a Corsair mouse and iCUE software, on an Intel Core i7-8700K the service «LED Keeper»Which is the one used for this occupies on average a 0.3% CPU usage, something quite small and that should not weigh down in any case the performance of the processor unless you are stressing it to the maximum.

Now, as we have said, it depends a lot on the processor, and if for example you have a low-end processor and you are playing with reactive effects, yes you could get to notice a drop in FPS with these active effects. Not much in any case, but there is some performance hit.

Save space and your files safe with Google Drive for Desktop