There is no point in explaining all of the above if we do not make at least a brief introduction about this effect. As a good player, you will appreciate the sharpness of the image even if you move the mouse like crazy on the screen of a game. If you comb gray hair, you surely played mythical titles on a good CRT monitor and when you go to the LEDs and the current panels you will realize that there is not a similar clarity of movement as there was at that time.

How to fix Motion Blur?

There are a series of characteristics or technologies that, although they do not solve it 100%, they mitigate it to the point that in our eyes it is already imperceptible. In addition, the solution to the problem really only has two quite interesting aspects to deal with, because in addition to not a few brands the solution is to implement both.

What we have to be clear about is that there are monitors and brands that implement it well, others that stay halfway and others that the effect to counteract the Motion Blur generates other problems. This is something so particular that it is impossible to point a finger directly, because each monitor behaves in a different way and each panel is unique.

If the manufacturer does it well, the effect disappears and the sharpness is almost perfect, if he does it badly … Very varied problems are generated that would lead to another article in question. This is easy to see since today and for years, manufacturers implement, as we have said, two techniques: Specific with strobe light (called differently by each of them) and the reduction of the MPRT.

We are entering a specific field for each brand, since the “easiest” and cheapest way to alleviate this effect and even suppress it if done well is to insert a strobe light in the panel synchronized with the refresh rate of said panel.

From here, each manufacturer follows a different and personal path, but in any case what we have to be clear about here is that these technologies can be activated or deactivated on our monitor, as long as they have been included.

That it is from one brand or another does not mean that your monitor has the technology, not all have it, but if it is moderately current and is of a gaming cut, it is very likely that it is. With that said, let’s get down to business with each of them.

It is the primal strobe technology as such, at the beginning and after being launched on the market as such, manufacturers began to implement it with that name. We are talking about 15 years ago, so if we still have a gaming monitor from those years it is possible that it will integrate it.

But after this and with the ambition to differentiate itself, it finally stopped being used with that name to give way to the following proprietary technologies from different manufacturers.

We have a specific article talking all about this patented technology, also known as Extreme Low Motion Blur and after testing it we have to say that it works really well. For more details see the article in question.

It is a technique oriented much more to televisions or smart TVs than to monitors, mainly because SONY as a panelist in the PC sector is quite residual, at least until JOLED enters the market as such (we will see).

In short, it’s one more way to eliminate background strobe motion blur in true CRT style. Its characteristic is that it does not integrate interpolation and also does not lose color quality. In return, it seems that in order for it not to produce input lag, it has to exceed 60 Hz, something that in high-end quality TV is not difficult to happen.

LightBoost and Ultra Low Motion Blur are two proprietary NVIDIA technologies that are clearly not the same. The first thing to understand is that LightBoost is a technology that is no longer used and is only available on old monitors, very old in fact. ULMB came in with G-SYNC to replace it (G-SYNC is named for temporality, not because it eliminates Motion Blur, which it does not or does not intend).

So why is NVIDIA replacing its Motion Blur Reduction technologies? What advantages does it bring? Basically, ULMB is more advanced, since it achieves better gamma, LCD inversion, colors and their correction, and it is also adjustable in RGB.

There are monitors that have ULMB, others have G-SYNC without ULMB, and the best and most advanced have both, which you couldn’t before.

It is another technology that we deal with thoroughly in its corresponding article, which we urge you to visit, so we will not stop here to repeat ourselves.

It is also a strobe light technique that has an interesting drawback, which is that it is not available when activating FreeSync, G-SYNC, PIP or PBP, where it also does not tolerate rates lower than 75 Hz, so it is really limited compared to its rivals. Once the strobe technologies are explained, we enter this great world of MPRT, since another way to achieve an effect very similar to the one mentioned is to reduce the response time to 1 ms or less. Here other manufacturers come into play with their corresponding implementations.

It also meets the requirements of reducing motion blur, but by activating VRB we lowered the response time to 1 ms. Here the problem we find is the type of panel, since the IPS are slower and forcing 1 ms is only possible with very high Hz rates, otherwise they have to be AV or TN, usually the latter.

It is a similar technique to ACER, but where LG guarantees that the response time will be a maximum of 1 ms in MPRT. It is, according to some data, much higher than the typical 1 ms GtG and apparently it works really well. Likewise, there is not much information about how to clarify how it really works.

And so far this article. It should be said and repeated that these technologies are not a miracle by themselves and we may gain in sharpness, but lose in other values. In gaming monitors there is no such thing as perfection and everything has a price: colors, speed, sharpness, screen breaks, lag etc … We will only have to test these technologies on our own on our monitor (if it includes them) and decide if the price to pay is high or low and if we are comfortable and worth it, or not. 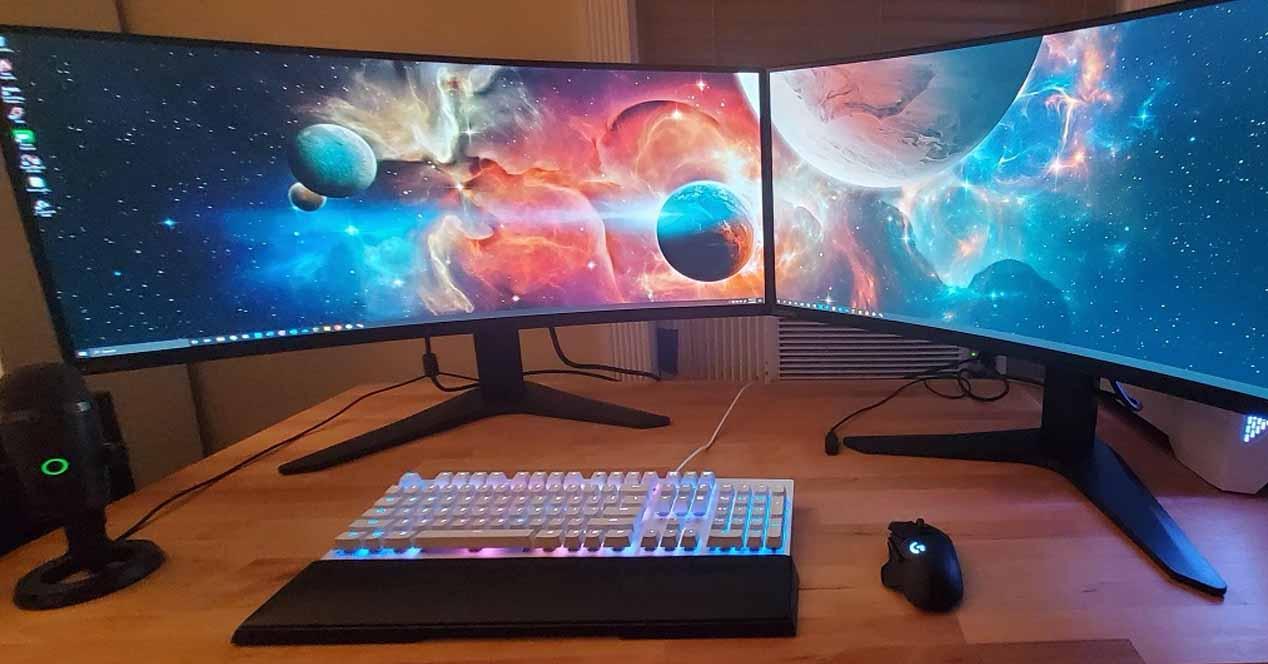 Windows 11 requires at least 4GB of RAM, is it enough?

Do you want to be more creative when using Photoshop? Download templates