The scientific organization that monitors the “doomsday clock” has published the Doomsday Clock 2022 as a theoretical measure of the temporal distance at which humanity is from the end of the world. And there are no positive changes. The clock remains at 100 seconds from midnight set in 2020, the closest we have ever come to a global and irreversible catastrophe.

The “panel-bulletin” that was updated last night to Doomsday Clock 2022, turns 75 years old. It was created in 1945 by scientists at the University of Chicago who had helped develop the first atomic weapons under the Manhattan Project. Unfortunately, after razing Hiroshima and Nagasaki, they know what they’re talking about. Perhaps for this reason, in 1947 they created the “Doomsday Clock”, which is delayed or advanced each year according to the assessment of the group’s Science and Safety Board, which includes the advice of thirteen Nobel Prize winners and other prestigious scientists.

The clock has become a universally recognized indicator, understood as a metaphor, reminder and warning of the temporary distance at which we find ourselves from a global cataclysm. In short, to the world’s vulnerability to the worst of all catastrophes, our self-destruction. And we are still on the edge of the precipice.

Even the most optimistic, those of us who trust that human beings (mostly good by nature) show off that ‘humanity’ and together we can improve our own species, the relationship with others and take care of the precious planet that surrounds us. welcomes, we have to recognize that the world is not doing well at all. Of course, it still depends only on us to change the world. to better…

Globally, we haven’t done that in the last two years (since we peaked on the doomsday clock) or in the past. We remain within the distance of the 100 seconds set in 2020.”Stable is not good news here, in fact it reflects the board’s judgment that we are caught in a very dangerous time“explain the scientists.

According to this group, humanity continues to face two simultaneous existential dangers: nuclear war product of the arms race that is increasing incomprehensibly and the climate change to which a lot of talk is dedicated and very few concrete actions. This year, like the previous one, the situation has been aggravated by a coronavirus pandemic that everything indicates it can be repeated with other ‘bugs’ in the future and for which we should be better prepared.

Nor should we lose sight of another of the dangers cited by scientists. The cyber threats which also includes disinformation and hate messages, and mass surveillance programs «whose widespread deployment presents a clear threat to human rights throughout the world and thus to civilization as we know and practice it«, they assure.

They say from the Group of Scientists that the leaders of the richest and most advanced countries «they have not acted with the speed and focus necessary to handle the dire threats to the future of humanity«. Hence the decision to keep the Doomsday Clock at 100 seconds to midnight as a clear warning to the world: “we must move away from the threshold of perdition. Practical and immediate steps are needed to protect humanity from the major global threats we have outlined.«.

Some of the proposals they cite are: 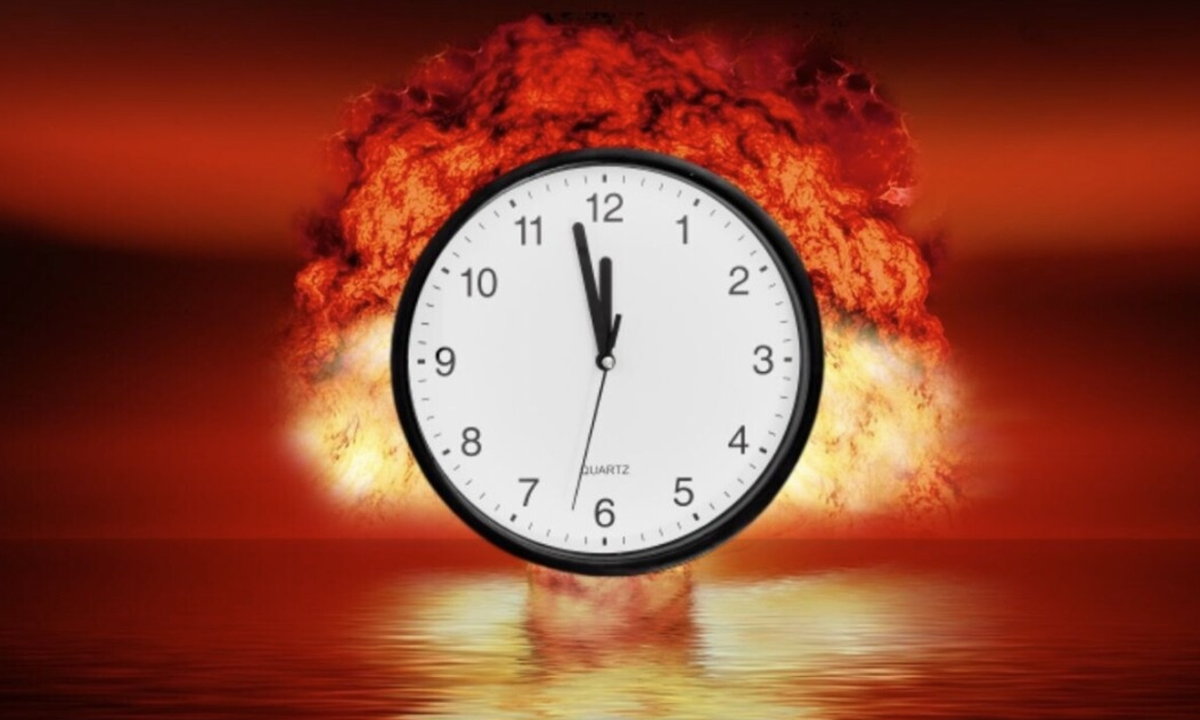 Without swift, focused action, truly catastrophic events—events that could wipe out civilization as we know it—are more likely. When the Clock strikes 100 seconds to midnight, we are all threatened. «The time is dangerous and unsustainable, and the time to act is now, they insist«.

This is why you can’t leave TikTok: They leaked how their algorithm works