Among several features, “Elden Ring” stands out for its difficulty. This, despite being a trademark of From Software, makes it frustrating for some people.

One of those responsible for this frustration in the game is Malenia, Miquella’s Blade, an optional boss – but which, for those looking to complete 100% of the game, is essential. The problem is that, in addition to having attacks that can kill with one hit, with each hit, her life is recharged thanks to an ability present in her weapon.

This post aims to help people who, like me, were having trouble killing her to get all the trophies. It’s worth mentioning that the build used is just one of the ways to defeat it – and that everything is based on my experience.

There may be simpler ways out there, but I couldn’t find it any other way. So, overcome with anger and despair, I decided to resort to a strength-focused build. See requirements below.

First of all, as Malenia is a boss found in an advanced area, it is recommended that players are at least above level 100. That said, skill point distribution can be done however you see fit.

However, to use the proposed build, the statuses must be close to these:

Also, for those who want to make it a little easier, it’s recommended that Mimic Tear Ashes be at +10 stat for full effectiveness. That’s because this invocation “imitates” the player, even with the same stats and spells. This feature helps a lot.

Also, the recommended weapon – and that I used – was the Hound’s Fang, also with +10 stat. This weapon is great for those who want to do a lot of damage to the boss while keeping their distance from her attacks. 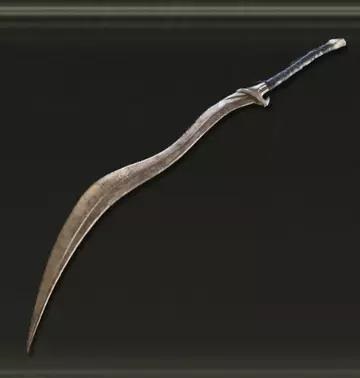 Anyone who wants to, can also use the Glacial Hatchet and its special attack, the ice “stomp”. Malenia has weakness to this element, so it could be an option as well.

Using these attributes, combined with an armor that scales with protection stat to physical attacks, it shouldn’t be too much trouble.

Leave in the comments if the strategy worked or if you have another way to defeat it.

It is worth remembering that “Elden Ring” is available for PC, PlayStation 4, PlayStation 5, Xbox One and Xbox Series S/X.

save big this weekend

we untangle reality from fiction of the Netflix series

The gynecologist who offered sex as therapy fell