Eternals, after the exclusive preview ofLucca Comics 2021 Movie Area, has finally landed in theaters and it is already necessary to provide an explanation of the ending of this film which represents a new starting point for the Marvel Cinematic Universe.

Obviously if you haven’t gone to see the film directed by Chloé Zhao, because maybe you are planning to go to the cinema this weekend, then I advise you not to continue reading the article, since we are about to enter a terrain full of spoilers.

Explanation of the Eternals ending

The final part of Eternals is perhaps the part that needs least explanation as all the Eternals discover that Ikaris (Richard Madden).

The leader of this group of immortal beings, was perfectly aware that their true goal was to foster the birth on Earth of the Celestial. Tiamut as has already happened on other planets, although this genesis requires the sacrifice of humanity and of life itself on our planet.

To carry out this plan, Ikaris does not hesitate to kill Ajak (Salma Hayek), who wanted to protect humans.

How many post credit scenes are there in Eternals?

But it’s in Eternals’ post-credit scenes, especially the latter, that some clarification is needed.

In the first extra sequence after the credits we find ourselves aboard the spaceship Domo with Thena (Angelina Jolie), Makkari (Lauren Ridloff) e Druig (Barry Keoghan) who set out in search of the other Eternals.

Their companions are supposed to be on various planets in the galaxy, however there seems to be no trace of them so much that the trio are about to abandon their research, planning to return to Earth, when the troll introduces them. Pip announcing the arrival of Eros (aka Starfox), Thanos’ brother. Of a completely different dough than the Mad Titan, Eros (Harry Styles) introduces himself as one of the Eternals offering his help to Thena, Makkari and Druig.

The introduction of Eros / Starfox in the MCU is very important since the character – created by Mike Friedrich and Jim Starlin debuting in 1975 on The Invincible Iron Man – was allied with Captain Mavel and even a member of the Avengers. 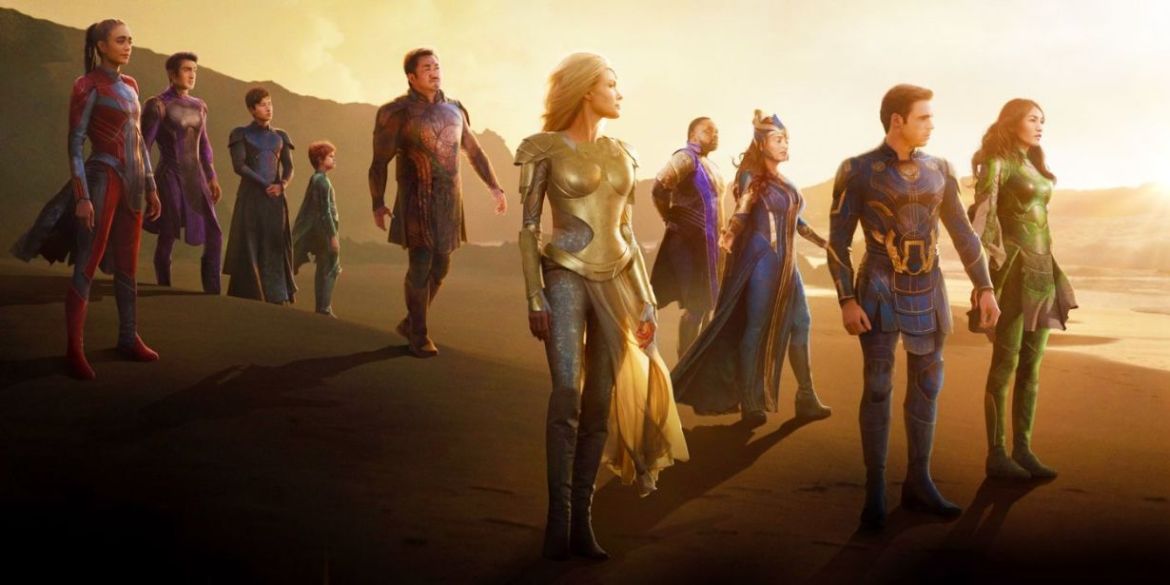 The second post credit god Eternals scene is more “simple” than the first but it is the most interesting one because it is even more linked to future Marvel Studios productions.

Dane Whitman (Kit Harington), stands in front of a chest bearing the emblem of his family. The casket holds the mythical inside Ebon sword.

Dane is attracted by a powerful and mysterious energy towards the sword and the latter also seems to seek its owner.

A moment before Dane takes his sword, a voice asks him if he’s really sure he’s ready. This rumor, as confirmed by the same director Chloé Zhao belongs to Blade, the character played by Mahershala Ali and that we will see in the film with which Marvel will bring vampires into the MCU.

Directed by the Oscar-winning director Chloé Zhao, the film will arrive in Italian cinemas on November 3, 2021.

The third film in Phase Four of the Marvel Cinematic Universe will bring an epic story spanning thousands of years to the big screen; and which features a new team of immortal superheroes, forced to step out of the shadows to unite against humanity’s oldest enemy, the Deviants.

Joker 2: Joaquin Phoenix has bad news for the sequel?