As you may already know, TPM is the acronym for Trusted Platform Module (also known as ISO / IEC 11889), an international security standard for a secure cryptoprocessor, which is nothing more than a dedicated microcontroller designed to protect hardware through cryptographic keys integrated. At this point we already know what it is and what it is for, as well as surely what devices carry it, but do you know the differences between its different versions?

The different types of TPM 2.0 deployment

In order to understand the differences between the different versions of the standard and how they affect Intel and AMD processors, we must first explain the different types of implementation that we can find. TPM is not something new, since since 2006 thousands of laptops have been sold that already integrated a TPM chip. From there, different forms of integration were developed, making it a concept that could be integrated into any other device including mobile phones. In a PC, the LPC or SPI bus is used so that the CPU can connect to the TPM chip.

The Trusted Computing Group (TCG) has certified TPM chips manufactured by different manufacturers such as Infineon, Novoton or STMicroelectronics, but has also assigned vendor IDs to others such as AMD, Atmel, Broadcom, IBM, Intel, Lenovo, National Semiconductor, Nationz, Qualcomm , Rockchip, SMC, Samsung, Sinosun, Texas Instruments or Winbond, so if you find a supposed TPM module manufactured by someone that is not in this list, it is definitely false.

There are five different types of implementations for TPM 2.0, and we are going to list them in order from highest to lowest security:

Microsoft has developed the official reference implementation of TPM 2.0, is BSD licensed and the source code is available openly. Microsoft provides a Visual Studio solution and build scripts for Linux automated tools. Intel For its part, in 2018 it already opened its TPM 2.0 code with support for Windows and Linux, also with a BSD license.

What makes TPM 2.0 different from the previous version (1.2)? 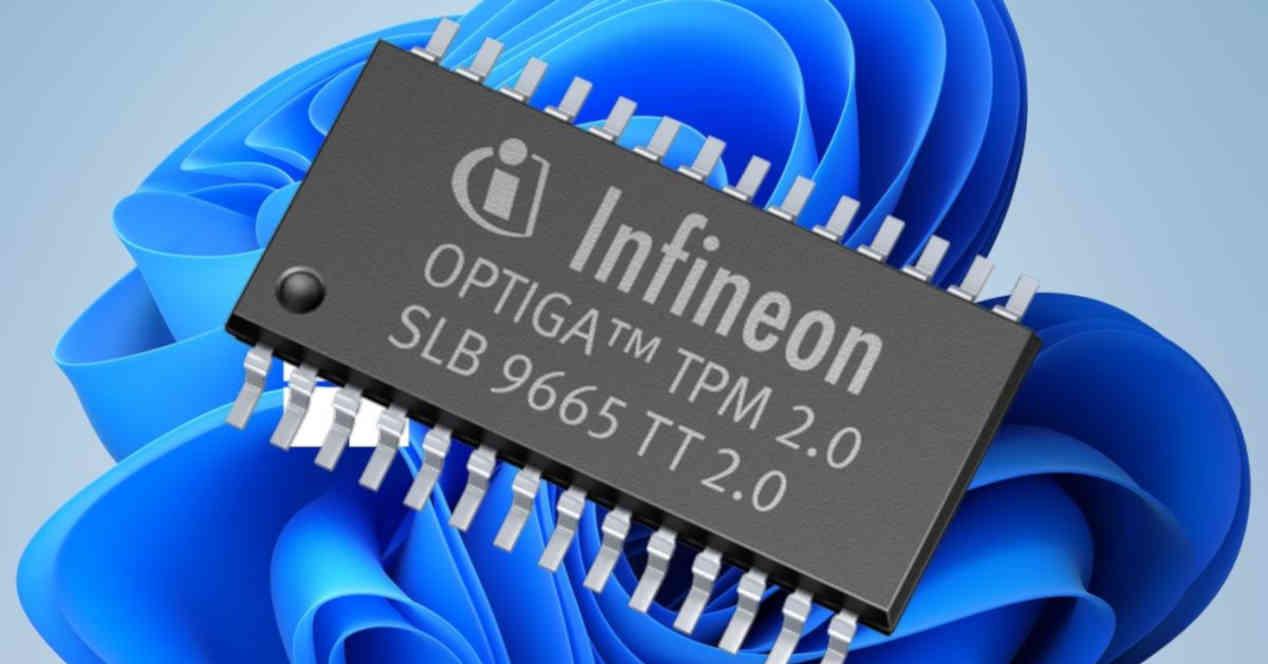 Although version TPM 2.0 addresses many of the same use cases as version 1.2 and has essentially similar characteristics, the details are different, and in fact TPM 2.0 is not compatible with versions prior to TPM 1.2 (that’s why it is these two versions that we compare).

For version 1.2 the SHA-1 and RSA encryption algorithms are required, while AES is optional. Triple DES was also an optional algorithm at the time in previous versions, but it was prohibited in version 94 of TPM 1.2 for security reasons. The MGF1 hash-based mask generation function which is defined in PKCS # 1 is required.

For version 2.0, SHA-1 and SHA-256 are required for the client PC architecture, as well as RSA and ECC using the 256-bit Barreto-Naehrig curve and NIST P-256 for public key cryptography and generation and verification asymmetric digital signature. HMAC is also required for symmetric generation and verification of digital signatures, 128-bit AES for the symmetric key algorithm, and the MGF1 hash-based mask generation function. A myriad of additional algorithms are also defined, but they are optional. Keep in mind that Triple DES was incorporated into TPM 2.0 but with restrictions. On the other hand, it should also be noted that version 1.2 has a single hierarchy (storage) while version 2.0 uses three (platform, storage and trust), using only a root key (SRK RSA-2048) in the case of version above and multiple keys and algorithms for each hierarchy in the latest version of TPM.

Likewise, in terms of authorization, version 1.2 supports HMAC, PCR, locality and physical presence, while TPM 2.0 supports password, HMAC and different configurable policies (which covers HMAC, PCR, locality and physical presence). Finally, it should be noted that in terms of NVRAM version 1.2 only uses unstructured data, while version 2.0 makes use of unstructured data but also a counter, bitmap, extension and PIN. Take advantage of the Black Friday sales: Office 365 or a good antivirus The new Google Chrome 103 arrives, and now it’s faster than ever