Many users around the world no longer have access to their Facebook account. Indeed, the social network seems to have carried out a wave of blockages during the night, following apparent violations of its TOS. Problem: most of those concerned have nothing to reproach themselves for.

It is not uncommon for Facebook automatically blocks certain accounts that do not comply with its terms of use. Recently, for example, all users who still did not activate two-factor authentication had the unpleasant surprise of not being able to connect. However, this practice is a bit more problematic when the users in question have not committed no violation of the rules.

This morning, many of them are complaining about no longer have access to their account. When they try to log in, they are greeted with a message that informs them that their account has been deactivated due to a violation of the terms of service. Only, the users in question have not nothing to be ashamed of. In all likelihood, their account was deleted without reason.

Facebook carries out a wave of blockages without explanation

Worse still, none of these users were notified by the social network. Meta nevertheless declared to be aware of the phenomenon. “We are aware that some users are having problems accessing their Facebook accounts and we are working to resolve them as quickly as possible”explained on Twitter Andy Stone, spokesperson for the company.

Since, the bug has been fixed, says Andy Stone. Users deprived of their account were normally able to regain access. The group took care to specify the extent of the problem, as well as the number of people who were deprived of the social network.

This bug, however, comes at a very bad time for Facebook. Last week, Meta admitted to highlighting numerous fake news and dangerous articles by mistake for more than 6 months, following an error without its dedicated news tab. This last problem is therefore likely to further tarnish its image with users. 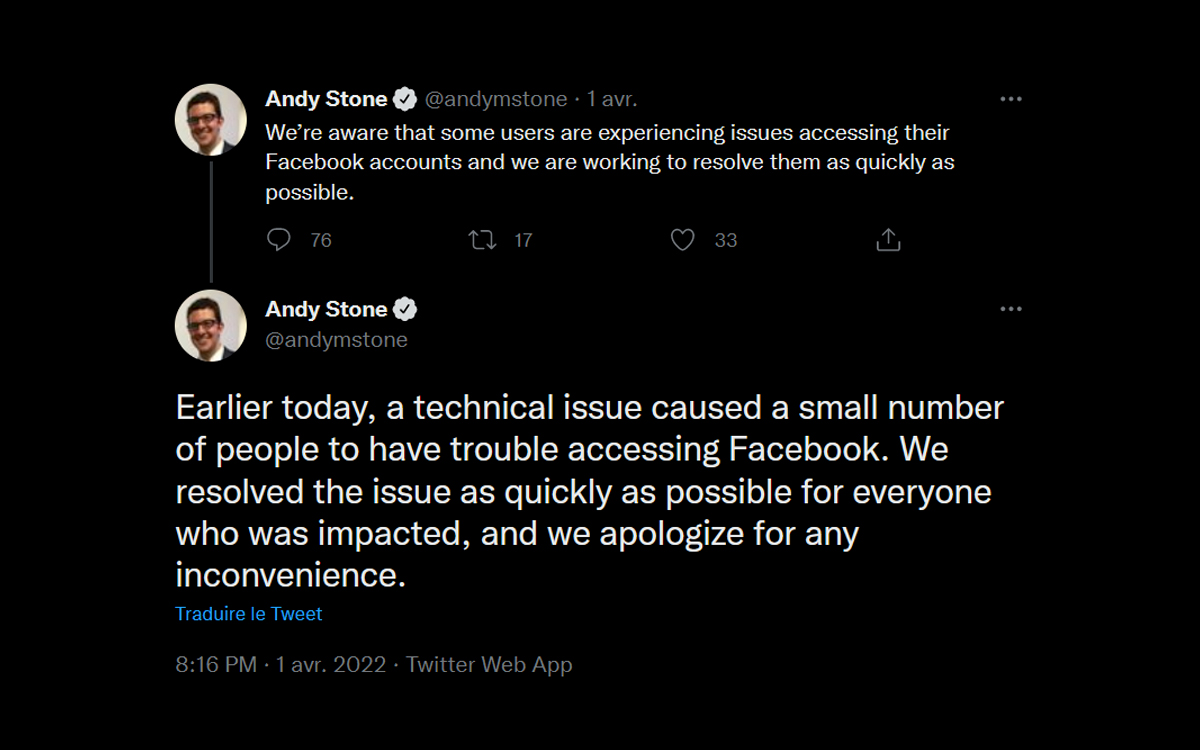 Starliner: flight scheduled for May 2022