One more year, EA Sports published in September FIFA 22, the new installment of the video game based on the “beautiful sport” that in 2021 was once again the best-selling game in Spain. Does it change so much every year so that it is always the best seller? The answer is clearly negative, but just by updating player statistics, club signings and playing FIFA Ultimate Team every week, the investment is amortized.

HyperMotion is the word that has stood out the most during the launch. It is an innovative technology that improves the gaming experience. They have added more than 4,000 new animations so that the behavior of the footballers is more and more realistic.

In addition, they have renewed the performance of the goalkeepers with a new intelligence system to make them more reliable. They have also made the ball more realistic by adjusting speed, spin and air resistance parameters. They have included an “explosive sprint”, a new mechanic for dribbling. And finally, they offer new offensive tactics so you can customize your team’s game to your liking.

Our first sensations when playing have been very positive, noting more realism, less “runner-ups” than other versions and as those goalkeepers are now safer. For example, in the previous edition taking a cross shot near the area was a guaranteed goal and in this edition it depends on more factors. 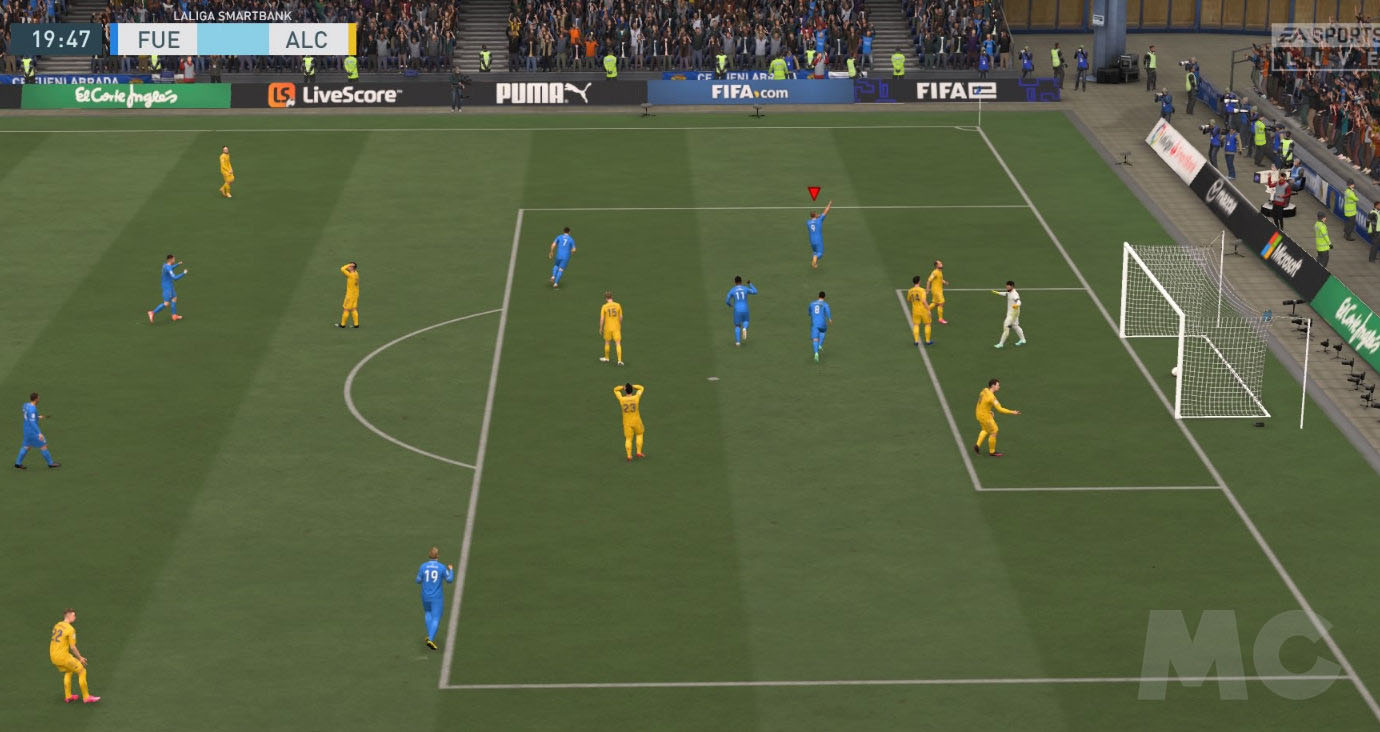 One of the great forgotten FIFA in recent years has been the career mode and it seems that this year they have wanted to remedy it. In this mode, it will once again be selectable whether you play as a club or as a player. The novelty as a club is that you can start a team from scratch, creating a shield, kit, squad and objectives.

This new club can start in any league and in any division replacing another club, so you can start from lower or higher leagues, whichever you prefer. When you create a new club, the new players are randomized, reminiscent of the legendary PES Master League.

In player mode, the main novelty is that in the team in which you play, you will start as a substitute and you will have to earn your place in the starting team based on meeting objectives. As you meet goals and play games, you will improve your player. More realism is still missing in this mode, such as being able to grow in humbler teams and sign for higher-level teams. 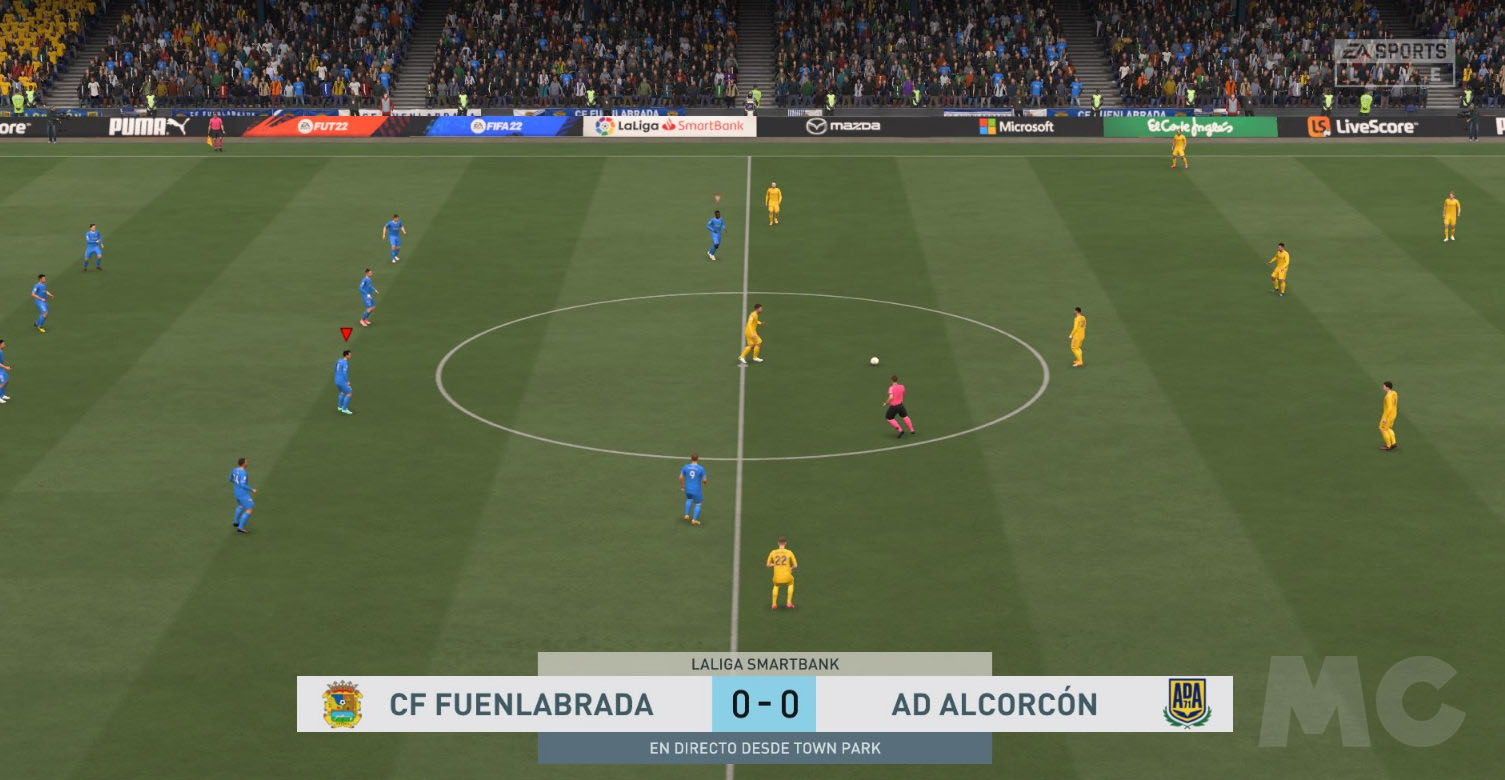 One of the most entertaining and fun modes in FIFA is Clubs PRO. Here you will continue to be able to play with your friends by taking a player and improving their statistics as you progress. One of the novelties in this section is the possibility of playing informal matches with friends without the need for the whole team to be there and without the match affecting the club’s statistics. Additionally, they broaden the diversity in this way with the addition of a virtual female Pro in the creator.

The number of modes in FIFA shows us that there is FIFA for all tastes. If you want to play with friends, Clubs PRO; if you want something more arcade, Volta; if you want a long-term offline game, career mode; and if you want competition, FIFA Ultimate Team. FUT is the mode that focuses the most efforts on EA Sports and it is not for less, since the business figures in this way do not stop growing. Source. In this analysis, we are going to explain what this game format consists of.

In the first place, from MuyComputer we echo the slogan “Play responsibly” since this mode, considered by many people a pay-to-win, can generate addiction, gambling and make you lose a lot of money. The acquisition of FIFA Points by paying money has no limit and neither can you get the best players, since FIFA is integrating new players into the mode every week. 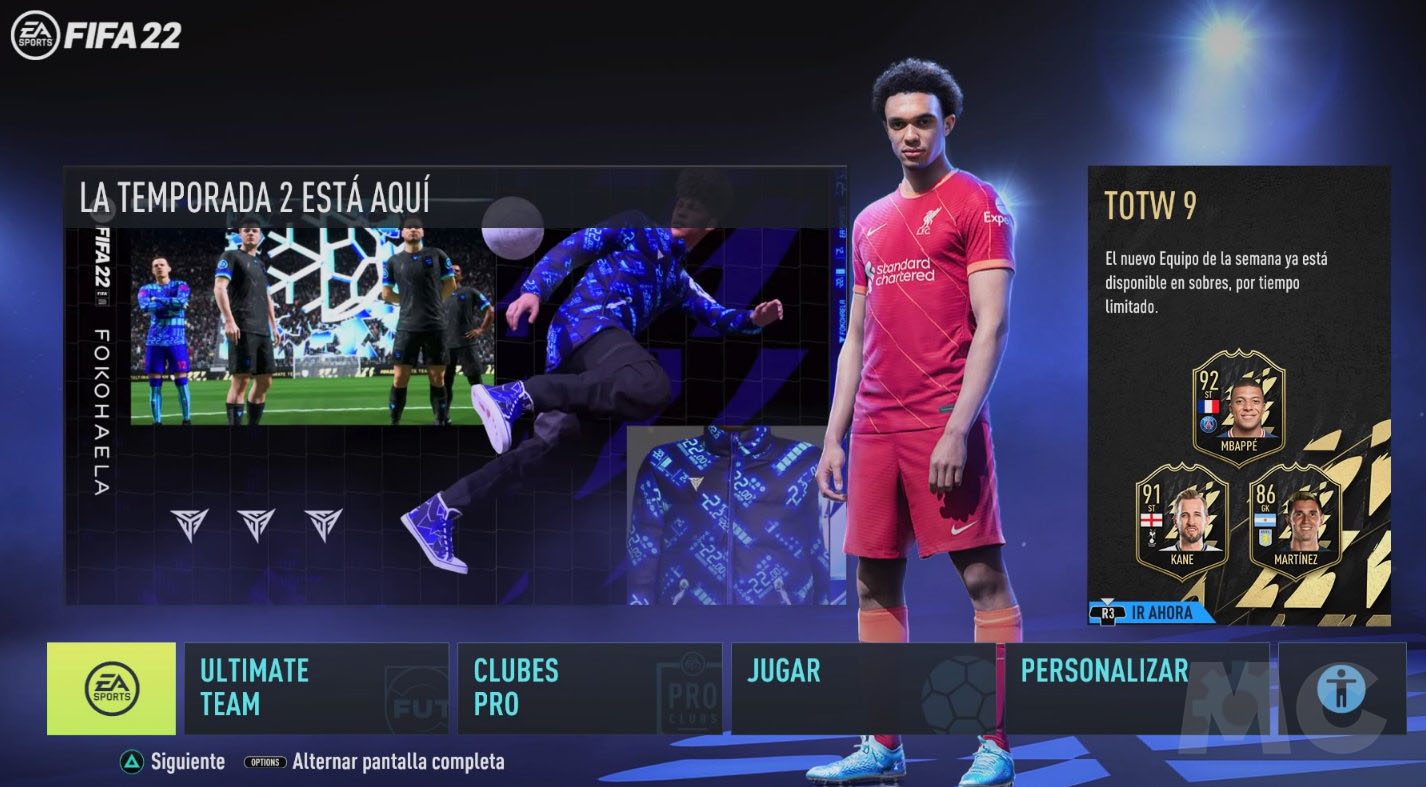 To be able to play this way you need to create your own team that you can customize with a name, shield, kit, stadium, etc… And you have to incorporate the players and the coach you prefer. Among the players, not only can you choose those who are currently active, but there is also a selection of retired players that EA calls Icons. For example, you can play with several “galactic” players who were part of the Real Madrid squad during a stage, such as Casillas, Raúl, Roberto Carlos, Figo, Zidane, Beckham, Ronaldo, etc ..

But not all players are worth the same, so to get the team you want, you probably have to play and win a lot of games. To sign soccer players you need to open envelopes or go to the market. The envelopes can be obtained, without going to the FIFA Points, by winning matches, raising levels in the competition models, which we will comment on later, or solving challenges that EA prepares. And to go to the market you need coins, which are obtained in the same way. 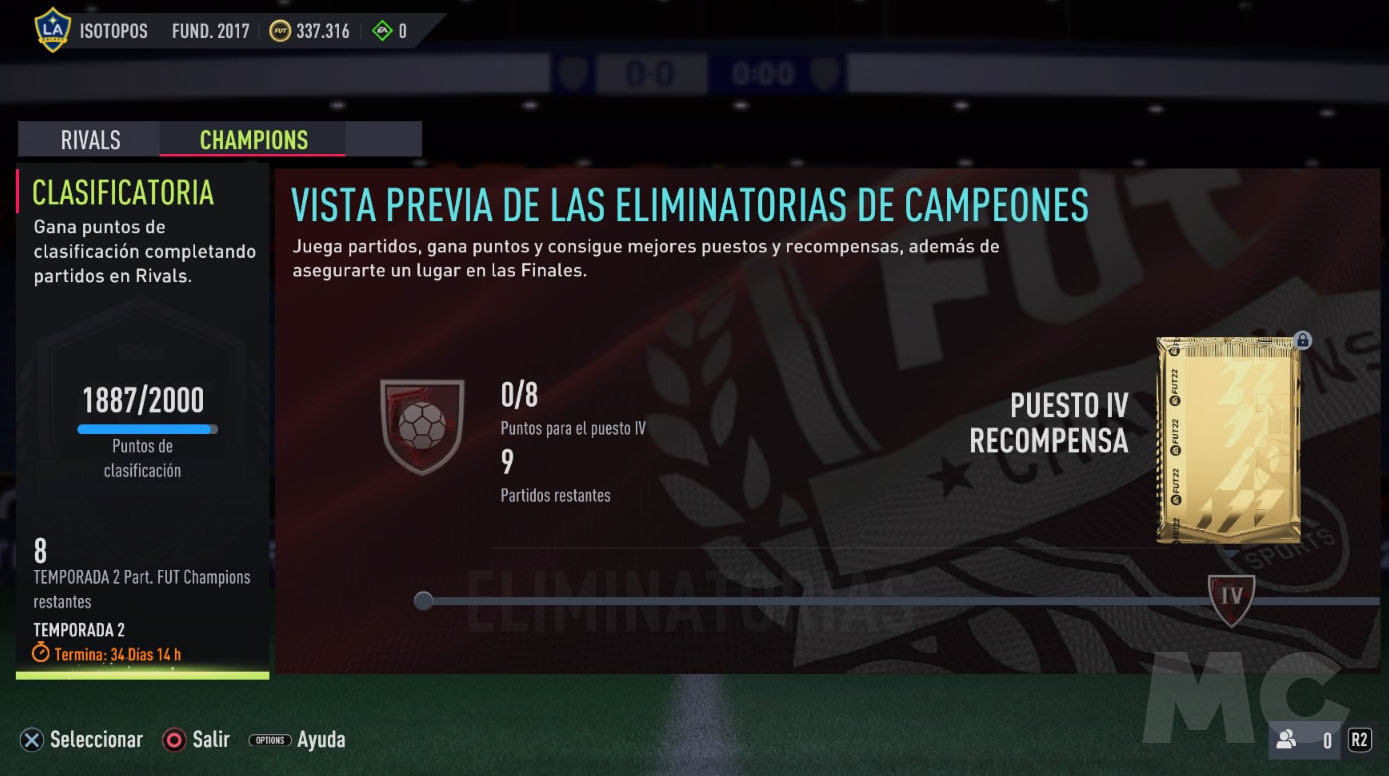 To choose the best players for your team, you must also take chemistry into account. Chemistry is an indicator that causes a player to have their attributes at their maximum value the higher it is. And for this chemistry to be high, a player must have players from the same club, league or nationality nearby in his lineup. The goal to be achieved is to have this indicator at 100.

The main game modes of FUT are Division Rivals and and FUT Champions and in order to get to the second you will have to go through the first. Both modes have been renewed this year changing and improving the structure of the competition. In Division Rivals there are ten divisions plus an elite and you will play in the one that corresponds to you based on the victories you get. 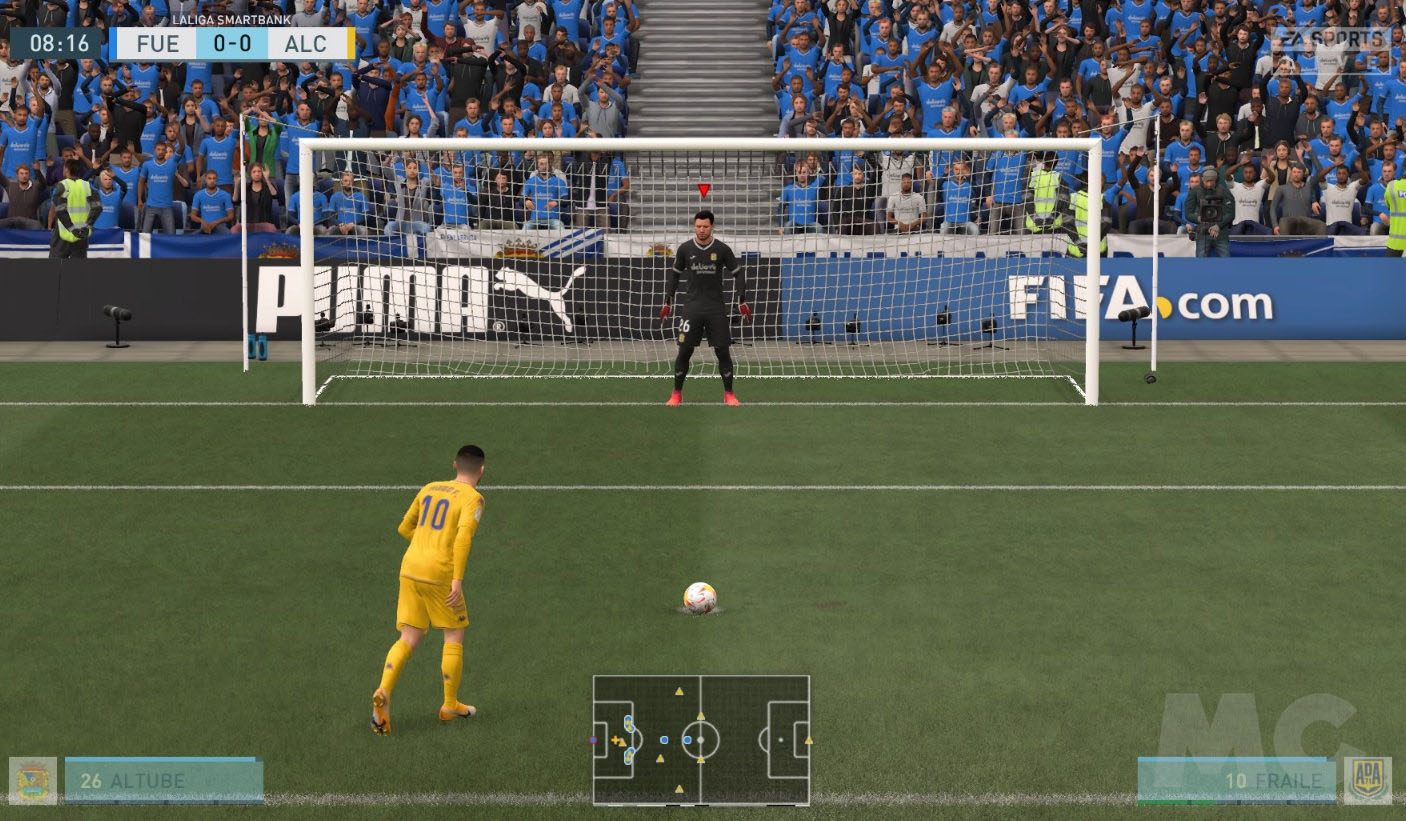 In addition, in each division there are different ranks that are exceeded in the same way. Depending on the division, rank and victories you achieve each week, you will have different rewards. A big news this year is that every six weeks, the duration of a FUT regular season, you will go down divisions only to have to go up again.

As we said at the beginning of the previous paragraph, with each defeat, draw and victory in Division Rivals you will get points to play in FUT Champions. In the first season of this FIFA 22, it was necessary to get 1,500 points. However, in the second season they have raised it to 2,000 points. 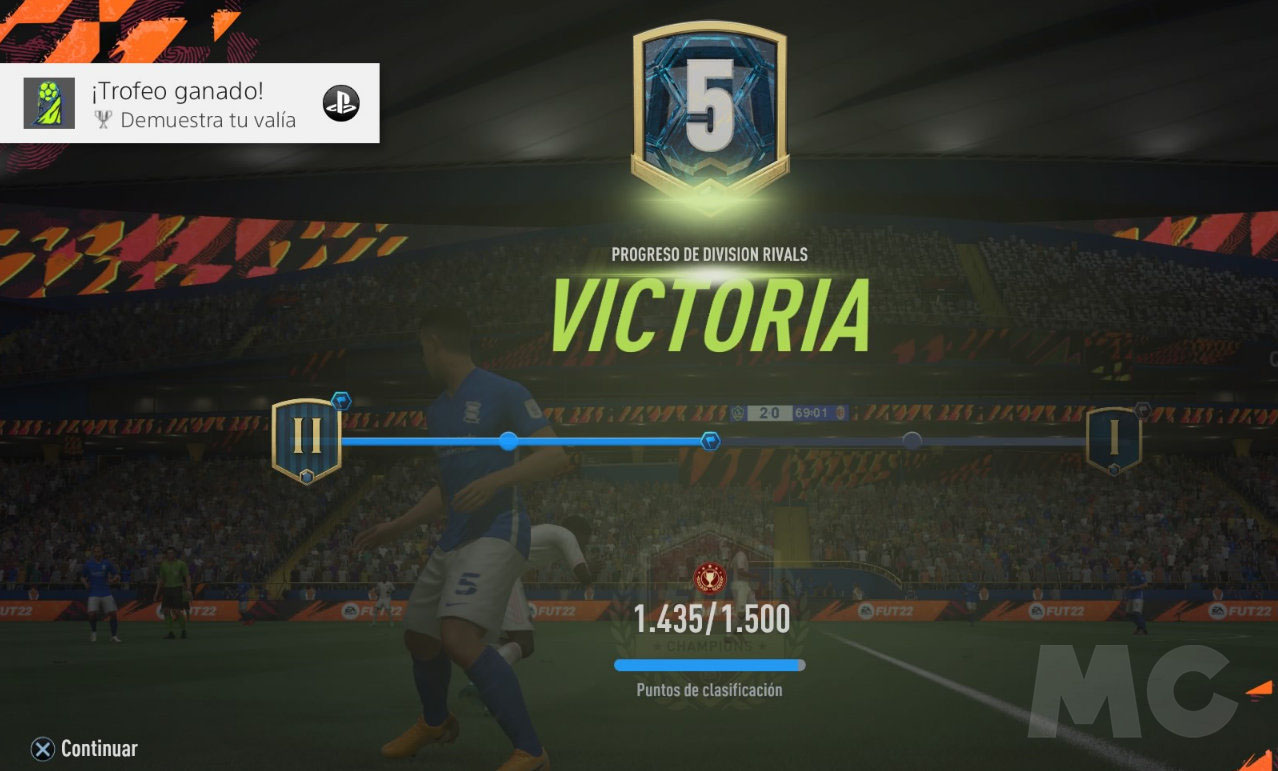 Once you earn the points to play FUT Champions, you will proceed to the Playoffs of Playoffs before reaching the Final Phase. This is a big change from last year since there were no Play Offs, it was going directly to the Final Phase, but it was longer. In the Play Off you will have nine games to play and you will add four points for victory and one point for defeat, there are no longer ties.

There are four ranks here and only the first two qualify for the final phase, for which 24 and 32 points are needed respectively. That is, in order to reach the Final Phase you will have to achieve at least five victories out of those nine games. You will be able to play up to 7 Play Offs per season and if you do not get to the Final Phase you will have to play again in Division Rivals until you reach the 2,000 points that give you access to the Play Offs.

If you manage to reach the Final Phase, you will have from Friday at 09:00 until Monday at 09:00 to play 20 games. Last year there were 30 games, so it is appreciated that the pace of the weekend games is lowered. The victories and defeats add up to four and one points again and again the first two ranks of rewards are the ones that ensure you will play the Play Offs again the following week. To access these, you must win at least 12 of the 20 matches. If you don’t get them, you will also have to return to Division Rivals. In addition to these two modes, there are others such as Squad Battles, friendlies, cooperative, matches with friends and matches against the team of the week to train with your team or achieve objectives that EA is proposing each week. 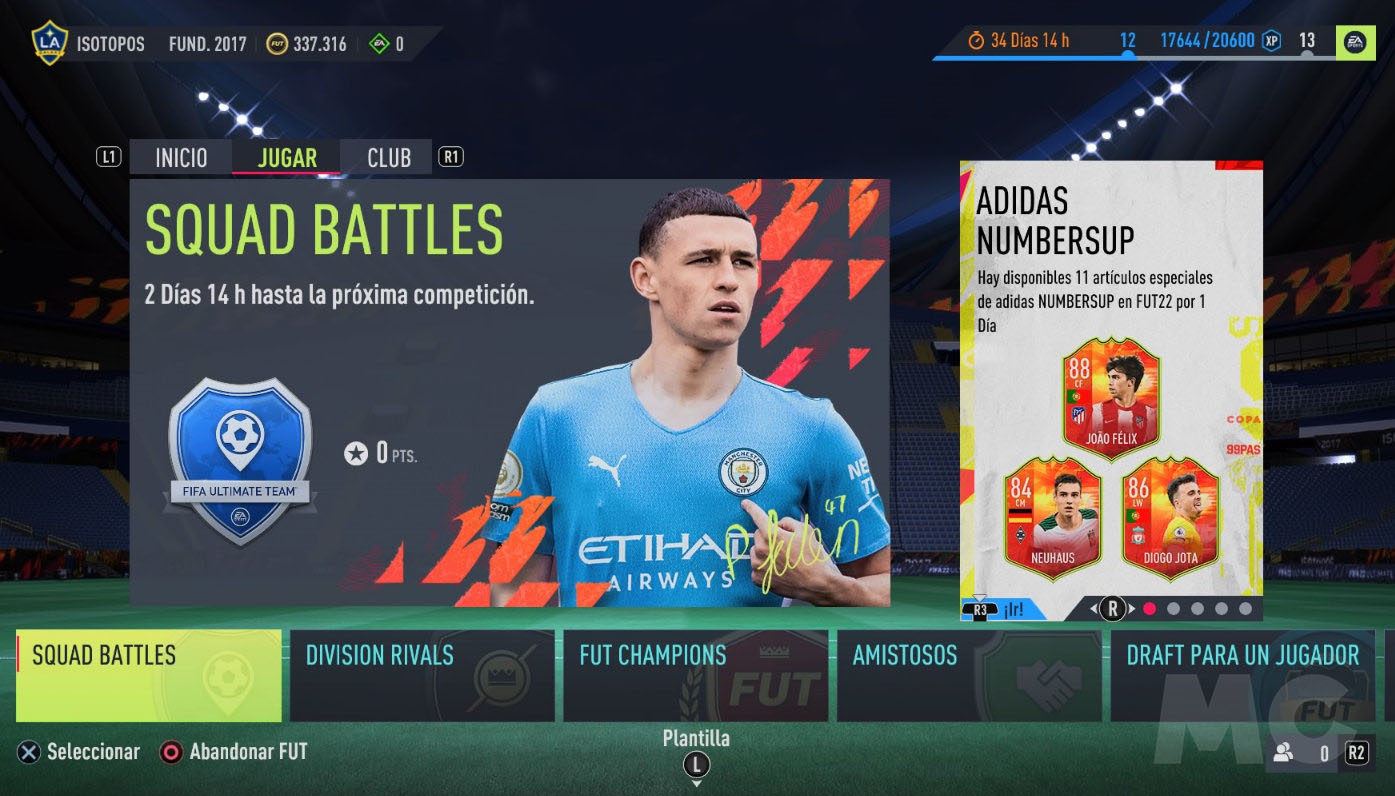 FIFA 22 evolves in gameplay, with a slower pace of play, with more reliable goalkeepers and with the new animations that are included with HyperMotion and that give the game more realism. It highlights the variety of game modes that allow you to enjoy it as you like and that still have no competition in licenses. We also see the new FUT competition system positive, although we still do not like the micropayments system that distorts the competition.

FIFA 2022 is available for PC, Stadia, Xbox, Switch and PlayStation, and can be purchased on Origin, Steam or at retailers such as Amazon, currently with a good offer for Black Friday that leaves its price for PC at 35 euros and 39 euros for Sony and Microsoft consoles.

FIFA 22 is once again the best football video game of the year with a renewed system of animations that make it increasingly realistic. Gameplay improvement compared to the previous edition and goalkeepers are safer. There are a multitude of game modes for each user but FIFA Ultimate Team continues to be the main protagonist, which also renews its competition system.

The price of graphics cards in free fall, Xiaomi presents its MIX Fold 2, this is the recap ‘of the week

Intel releases initial drivers for Arc A770 and A750 graphics cards