The government intends to generalize the online complaint in 2023. The current mechanism is limited to a pre-complaint, which then requires going to a police station or a gendarmerie brigade.

” I want the online complaint to be implemented as early as 2023 “. In his speech closing the Beauvau de la sécurité, Tuesday, September 14, Emmanuel Macron set a new digital course for the police: in a little over two years, police and gendarmes should be able to receive reports from the population directly via the Internet.

This new dematerialized service – which will complement the classic complaint that can be filed by physically going to a gendarmerie brigade or a police station – was confirmed the next day in the Council of Ministers, during the press point at the door. – government speech, Gabriel Attal. The measure is also included in the summary published by the Élysée.

An extension of the current online pre-complaint

In fact, the imminent arrival of this service announced by the executive – which will be possible via law enforcement websites and perhaps also through dedicated applications – will replace the pre-complaint system in line. This is in a way an embryo of the device, in place since 2013, but which still requires travel to sign its deposit.

The pre-complaint has certain merits, however, since it allows the first stages of the report to be completed from home, in order to save time. The system now covers attacks on property (theft, fraud, damage), but also certain attacks on people (insults, defamation, discrimination, hate speech or calls for violence). But the ease of this process can have a side effect, by increasing the number of cases, some of which may not fall under this system. 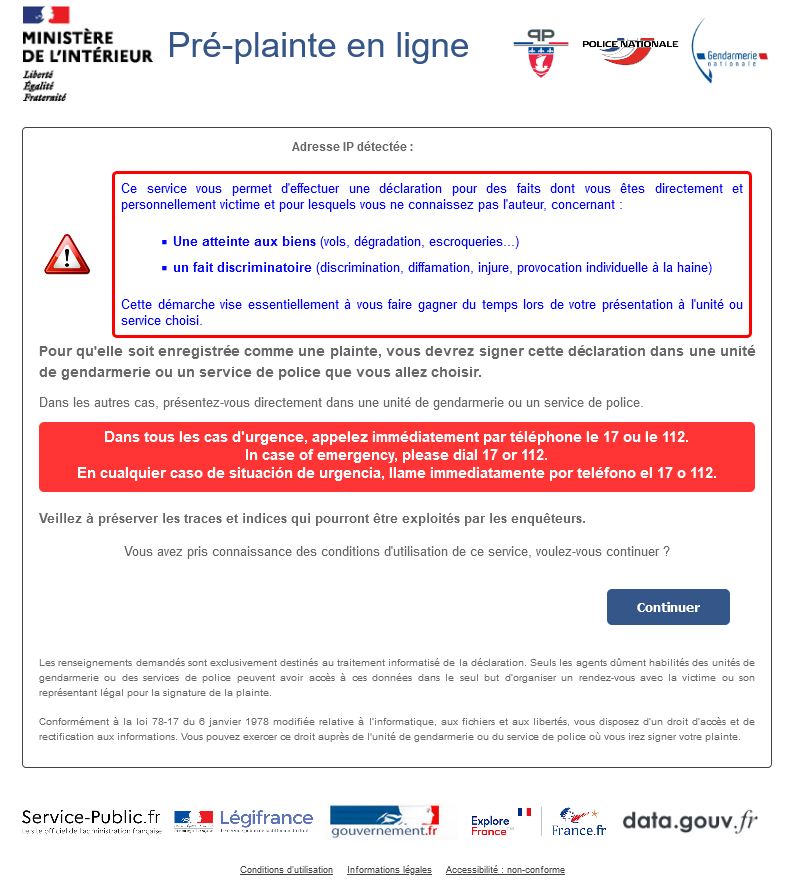 The online complaint does not mean that there will be no interaction between the victim and the police, nor that she will never have to go to a police station or a brigade: depending on the state during the investigation, contacts could take place between the official in charge of the case and the complainant. However, the arrival of this service could be of definite help in pointing out facts that are sometimes difficult to express. However, the Beauvau for security has also noted the need to train officers more in handling complaints, in order to be able to better support people.

Initially, the pre-complaint was limited to damage to property. The service underwent a first extension in 2018, with the taking into account of certain attacks on people, in particular when the perpetrator is not immediately identified (as in the case of an Internet user hidden behind a pseudonym holding racist or anti-Semitic comments). The change announced for 2023 aims to complete the building.

If the online complaint is to be generalized, it remains to know the exact scope of the device: can we lodge a complaint for any situation or will it be limited to the cases already dealt with by the pre-complaint? ? We know that it was considered for a time to extend the pre-complaint to sexual violence. The then Minister of Justice, Nicole Belloubet, outlined this prospect in 2017.

The idea pushed by Emmanuel Macron is not, however, entirely new. It was mentioned by Gérard Collomb, when he was Minister of the Interior. It also appears in a document from the Ministry of Justice relating to the 2018-2022 programming and justice reform bill. The government was even talking about it in 2016, for scams, with a deadline of 2018.

Is Kojima trolling with Abandoned?