Let’s talk firefox100. Mozilla’s web browser catches up with the Chromium family with three-digit numbering, but nothing else changes in the usual monthly release cycle, which doesn’t usually get much news.

Firefox 100 is no exception and although there are some new developments, it is not that they have taken pains to take advantage of the occasion to surprise anyone. Nor did Chromium derivatives jump to 100, by the way; but Firefox is not Chromium and its path here has been very different.

So by boat we can soon remember a bit of its origins, when it was not yet called by the name by which it is known today. It was with the release of version 0.8 in 2004, two years after it was released, that the browser was renamed Firefox, Mozilla Firefox. That same year its version 1.0 was launched and the alternative was beginning to be noticed.

In 2005 Firefox 1.5 arrived, in 2006 Firefox 2.0 and in 2008 Firefox 3 did the same, a version that would mark a before and after. For the first time in years a browser stood up to the then almighty Internet Explorer, albeit a little, and positioned itself as the favorite alternative, with Opera’s permission, for computer ‘experts’.

But it was a mirage. Mozilla settled into the opposition with a version that became eternal (Firefox 3.5 was released in 2009, Firefox 3.6 in 2010) and when they set out to change the chip with Firefox 4 (2011), Google Chrome had already begun to eat the field. Mozilla’s response was to speed up development and releases and with Firefox 5 they began the fast cycle that they maintained until 2020.

No, it is not that in 2020 they reduced the Firefox development and release cycle: from the approximately six weeks between one version and another, it was then passed to the monthly version that is still in force, which is why Firefox 100 now appears. regarding its impact on the web… Well, Let’s just say the browser has seen better days… not to say that it is worse than ever.

But if Firefox is where it is, it should be remembered, it is partly due to poor management by Mozilla. Its current market share is estimated at around 7% on PC, 0.5% on mobile and 3% in total, although the data varies depending on the source. 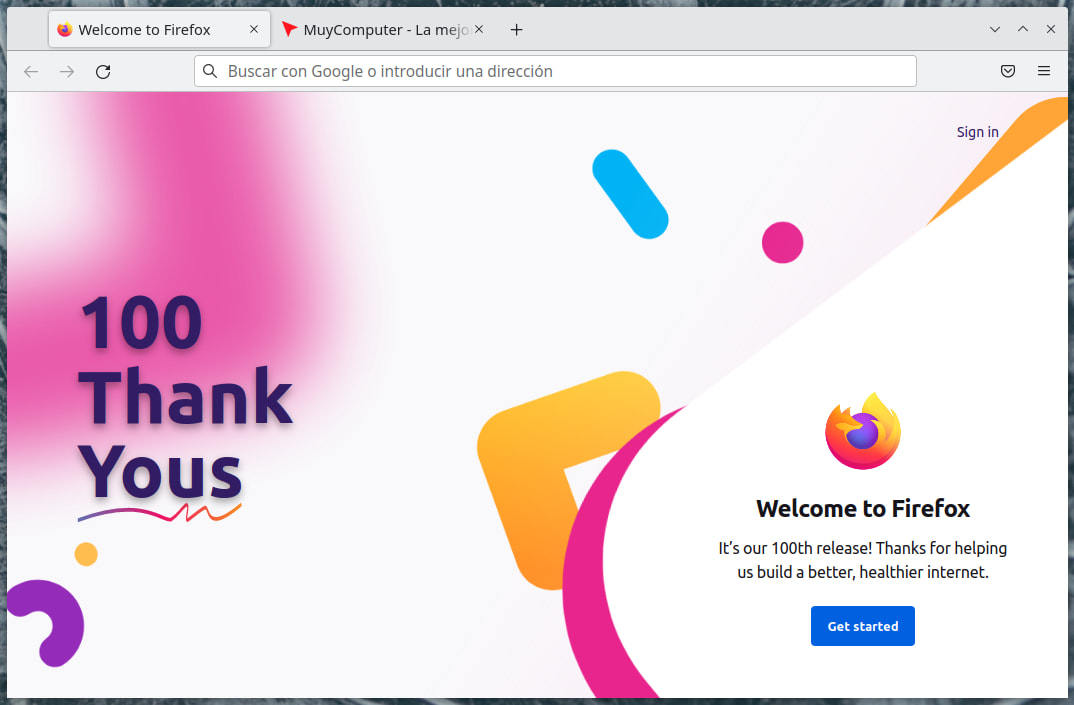 As I warned at the beginning, the fact that Firefox 100 has arrived does not translate into any type of celebration, apart from what you can see in the image, Mozilla’s gratitude for having endured with Firefox or, expressed with good vibes, for having accompanied them in the ride. However, there are things that are worth mentioning and what is better, they are well distributed among the different operating systems that the browser officially supports.

Thus, although Firefox 100 also arrives for Android, it does so with just one novelty of interest, such as having added the option to search in bookmarks. This is why we focus on the PC version (Linux, Mac, Windows), which according to the release notes comes with new features such as…

The highlight of Firefox 100 according to official information in the field of cross-platform is the subtitle support in floating video window, the Picture-in-Picture or PiP, but only for Amazon Prime Video, Netflix and YouTube. For it to work, all you have to do is have the subtitles activated in the player on duty. Also, PiP adds support for WebVTT (Web Video Text Track). 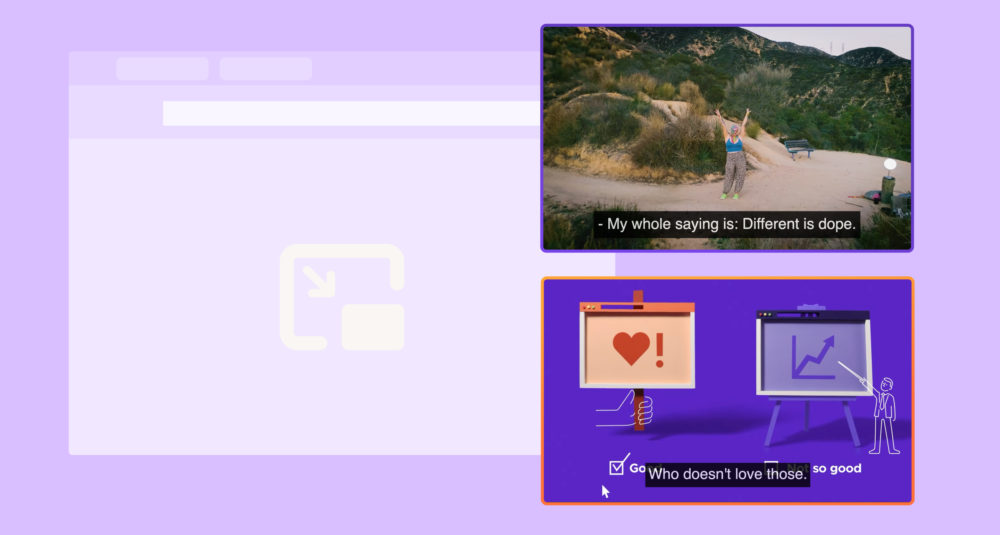 The second novelty of general interest in Firefox 100 is about languages ​​and it also has several parts. The first is that On the first start, the browser will detect if the language does not match the system language and will offer an alternative that does.. It is a step that complements the possibility of installing the language you want from the preferences, that is, it facilitates it.

Additionally, Firefox 100 improves spell check, option available in the context menu of the application and that likewise allows you to choose the language. The operation is typical: misspelled words are highlighted and, again through the context menu, valid alternatives are offered.

Other new features of Firefox 100, these distributed according to the system, include HDR support on Mac (macOS 11 and higher and compatible screens), currently only for YouTube; hardware acceleration with AV1 on Windows (Intel Gen 11 and above, AMD RDNA 2 except Navi 24, and GeForce 30); Y floating scrollbars in linux (if you don’t like them, you can set them to always be visible from the accessibility preferences).

So far the highlights of Firefox 100, although there are more changes in the form of small tweaks, security patches and other types that this version receives, whose update should already be reaching you, if you have the browser installed. For another hundred?

Android 13 will show new information about the screensaver

“A Day Without Twitch”: Has the streamers strike had a big impact?

Believe it or not, Apple created the first Hackintosh in history