A couple of years ago Google introduced Chrome “commands”a function that does not seem to have generated much impact, but that is still there and that Mozilla has taken due account of for its implementation in Firefox.

In case you need us to refresh your memory, the commands arrived in Chrome 87 as a productivity improvement aimed at bringing some of its advanced options to the front of the browser, those that are usually hidden in the preferences of the application, but that can be handy to have on hand quickly.

To give you an idea, we are talking about functions such as deleting history, managing passwords and payment methods, translating pages or opening incognito browsing… Functions that are mostly just a few clicks away. distance, but that can be executed more quickly and even comfortably, simply by typing the required “command” in the address bar.

Thus, to delete the browsing history you can go to the corresponding menu and option, or speed up the process by typing in the address bar “clear history” (without the quotes). The same if you put “open incognito”, “edit passwords”, “translate page”, etc: you will see how a button with said option appears in the drop-down.

This is how Chrome “commands” work

For more information, and although the aforementioned function has been enabled by default for a long time, take a look at this practical article, where you will find more examples of “commands” available in Chrome and in Brave, the only Chromium derivative to maintain the option.

Well, Firefox will do the same, with some other differences. From the outset, instead of being called commands, they will be called quick actions, if it is translated as is from the English «Quick Actions». But beyond this detail, they are practically the same, functions available through other channels, placed in the address bar for greater accessibility.

Another difference compared to how it works in Chrome, also related to accessibility, is that some of these quick actions will appear directly in the address bar when focused on itthat is, when the user clicks or focuses on the address bar with the keyboard. 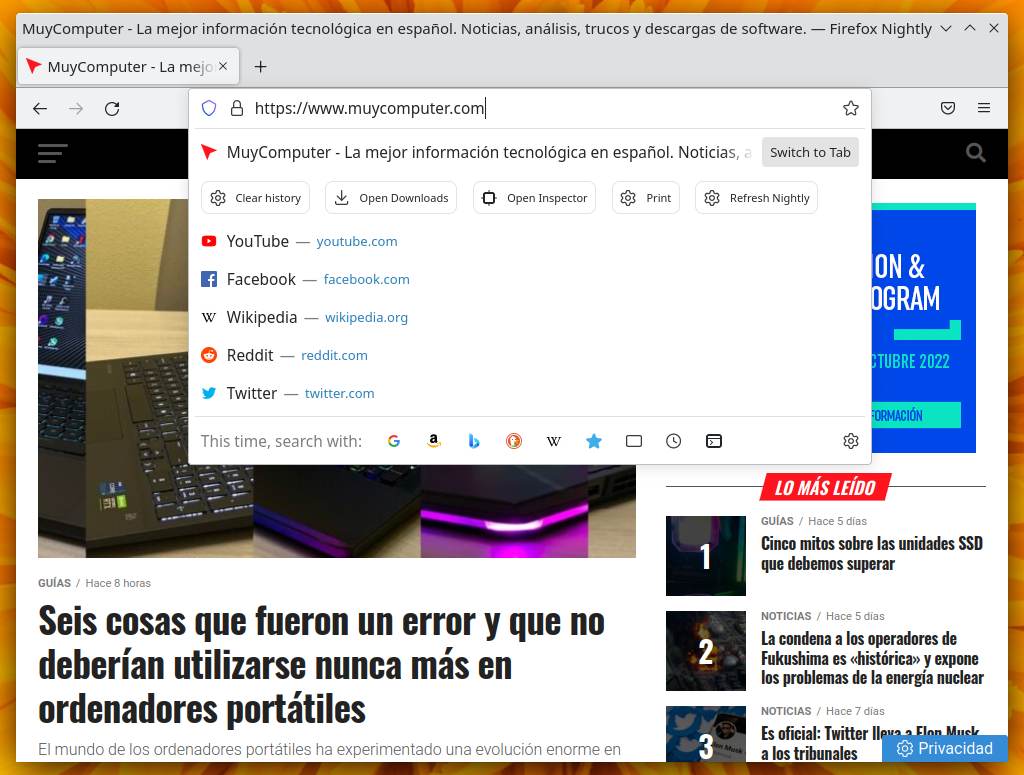 As you can see in the image, at the moment there are five quick actions that Firefox shows, at least when the focus is on the address bar: clear history, open downloads, open web inspector, print and update Firefox. Options all of them that will also appear when writing them. What remains to be seen is if those that are are all that are, there are or there will be more.

In fact, it could change this function quite a bit, which at the moment can only be tested in the development version (Nightly) of the browser, only recommended for testing, and only if some custom functions are added in the advanced preferences of Firefox. In other words, she has time to be mature and until then, it is worth repeating, it could change a lot…

… Although it does not seem that it will do so, given the precedent of Chrome and obvious inspiration for Firefox, as has happened on other occasions with so many other features. The other way around too, but less.

It’s official now! This will be Multiversus, the Smash Bros-style video game with Warner characters