The market for general consumer processors for PCs is currently in a true golden age, thanks to the strong competition that exists between Intel and AMD, and the quality and good price of the products offered by both companies. This makes buying a good processor is cheaper and easier today than a couple of years ago, but at the same time it makes make a decision more difficultsince we have more to choose from.

On the other hand, we must also bear in mind that the myths that still exist around processors can not only further complicate our choice, but also can lead us to make the wrong decisionsomething that, in the end, will end up in a bad investment and that can give us many problems and even force us to have to update said component prematurely.

I am aware of all the problems that these myths cause, and that is why today I want to share with you five myths about processors that have not made sense for a long time, or that never made sense at all, and that we must overcome once and for all. We will explain in detail each of these myths, we will see why they are not trueand if necessary we will make additional clarifications so that you do not have any doubts.

1.-The most expensive processors are always a better option because they yield more

This is not true, at least in the strict sensesince a much more expensive processor than another may be more powerful, but this does not imply that it will be better in all cases, since in the end it will depend on the real needs of the user, the applications, programs and games that he uses and the rest of the components of your computer.

We must also take into account, when we touch on this myth, the issue of the use that we are going to give to the processor. Let’s now go with an example using Intel processors, the Core i9-12900K is a very powerful chip that offers very high performance in single and multi-threads, and is well above the Core i5-12600K thanks to its greater number of cores and threads. However, in games and everyday applications the performance of both is very similar, which makes the Core i5-12600K a better option for the average user. 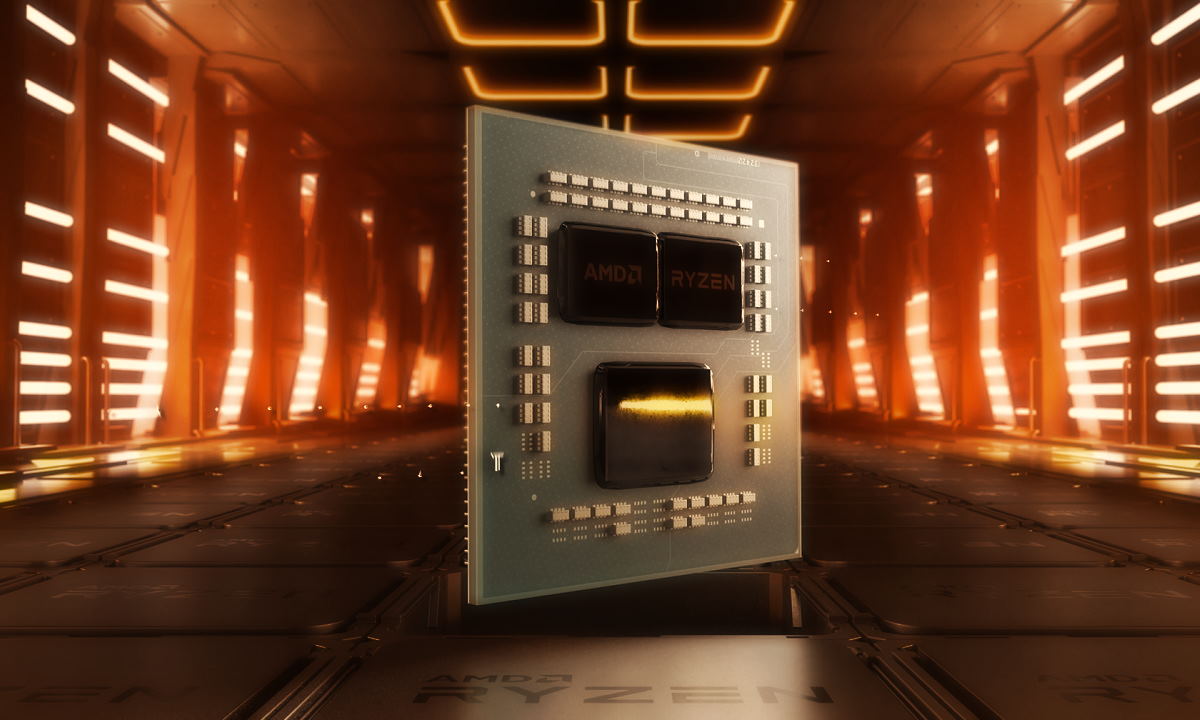 It is a myth that has been fully current for decades, and that remains as another classic centered on brand reputation and prejudice and the tendency to simplify that consumers themselves have. It is true that Intel has had generations of processors much superior to those of AMD, but AMD has also managed to surpass Intel on more than one occasion, and today both are fighting one on one in the sector.

By this I mean that yes, there have been generations of AMD processors that have gotten hotter and have performed worse than the Intel of their generation, such as the FX Bulldozerbut Intel has also been in that situation in fact we just have to remember the Core Gen11 based in Cypress Covewhich got hotter and performed less than the Ryzen 5000, based on Zen 3.

Nevertheless, the problem here is in the generalization, in assuming that AMD processors always heat up more and perform less than Intel processors, because it is simply not true, and it depends directly on the generation to which we refer. Right now, both the Ryzen 5000 and Core Gen12 offer excellent performance, and are fantastic value.

To be fair, it must be recognized that the Intel Core Gen12 win in single-thread performanceand that AMD prevails in multithreading, thanks to the Ryzen 9 5950X, which adds 16 cores and 32 threads. The Zen 3 architecture also has a better tuned consumption and it is more efficient, although Intel has improved a lot with Alder Lake-S versus Rocket Lake-S. 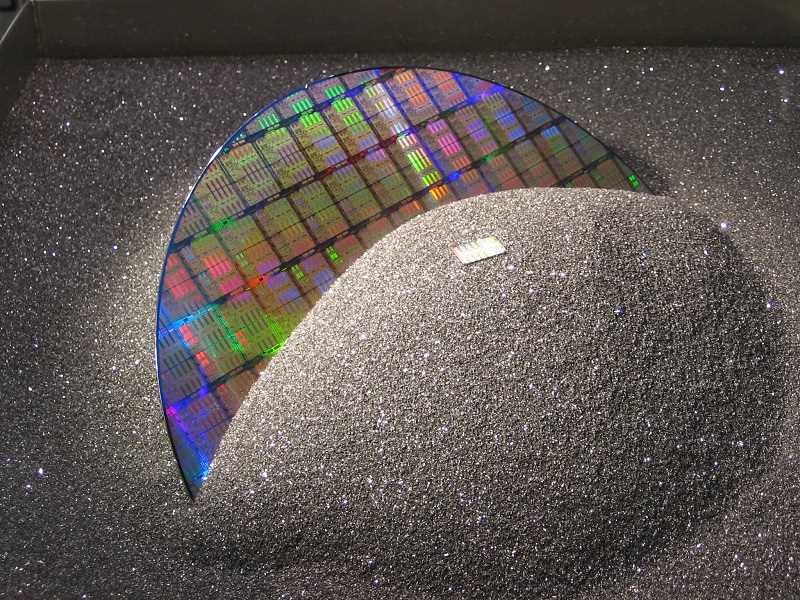 It is a myth that has always been present, although it became more relevant when it was announced that the first generation Ryzen would use a modular design (MCM). Immediately, voices arose saying that AMD was sticking chips to try to keep up with Intel, when in fact Intel itself had already done this with previous generations of processors, like the Pentium D or the excellent Core 2 Quad.

Precisely that, how good the Core 2 Quad were, it was a clear symptom that “sticking chips” was not a bad idea, and although the beginnings of the first generation Ryzen were somewhat bumpy, in the end they only confirmed that AMD had returned to the right path. The modular design allowed AMD democratize 6 and 8 core processors in the general consumer market, so much so that we went from having to pay more than 1,000 euros for an 8-core, 16-thread processor to having options available for less than 400 euros.

It is true that in its first generation the modular design of the Ryzen was in a clear inferiority position against Intel’s monolithic designespecially in terms of IPC and memory support at high frequencies, but with Zen 2 all this changed completely, and Zen 3 was the consecration of AMD’s modular design. He outclassed Intel on all fronts, and no doubt shut up a lot of mouths.

again we return to the problem of generalization. Both Intel and AMD have had generations inferior to those of their rival, but from there to talking about obsolete technology and generalizing by brands goes a world, and it is a total absurdity. Today, both giants use very advanced architectures, state-of-the-art nodes with enormous transistor density and offer a wide range of first-rate technologies.

4.-It is always better to buy a processor that is well above our real needs

It is a myth that at first seems to make sense, since it is justified from the point of view of the investment and the useful life of the processor. We think that buying a much better processor than what we really need will result in a higher investment, but also in a longer useful life, which will allow us to better amortize the money we have spent. It seems like a success, right? Well, it isn’t, and I’m going to tell you why.

To understand it better, let’s take a concrete example. At the time, many users got carried away by the core race and bought the AMD Ryzen 7 1700 processor. Said chip still offers good performance today, and is very capable even in professional applications thanks to its 8-core and 16-thread configuration. However, it is still unable to develop its full potential in games and in most current applications, which means that five years later its multithreading capacity is still underutilized.

At the level of single-wire performance, it has been widely surpassed by the different generations that have reached the market, and this means that a Core i3-12100Fwhich only has 4 cores and 8 threads and costs 118.99 euros, perform more in most cases than the Ryzen 7 1700which at the time cost about 369 euros.

Buying a processor far superior to your needs will make you spend more money on something that not only will you not take advantage in the medium and long termbut also you may never get to use it really, and it will be vastly surpassed in a couple of generations. You will have made a bad investment, because you will have spent money on something that you have never taken advantage of. For this reason, the ideal is to buy a processor that fits what we really need, or that at best is only a little above.

Again, let’s go with another example. If we are only going to use our PC for office automation, multimedia and undemanding games, we would have more than enough with a processor with two cores and four threads, such as a Pentium Gold 6000 series which costs just over 60 euros, although the smart thing to do would be to mount a Core i3-10100F, which has 4 cores and 8 threads and only costs 78 euros. It would not be worth buying a more powerful processor.

If we are going to use the PC to play games, it does not make sense to buy a processor with less than 4 cores and 8 threads, and there is also no need to buy a processor with more than 6 cores and 12 threads, because in the end the games are not going to scale higher configurations, and because these will depend more on the work frequency and the IPC. Thus, in this case a Ryzen 5 5600X or even a modest Core i5-10400F, which are at a bargain price, would be very good options. The Core i5-12600K would also be an excellent option due to its very high IPC.

5.-The most important thing are the cores and threads of a processor 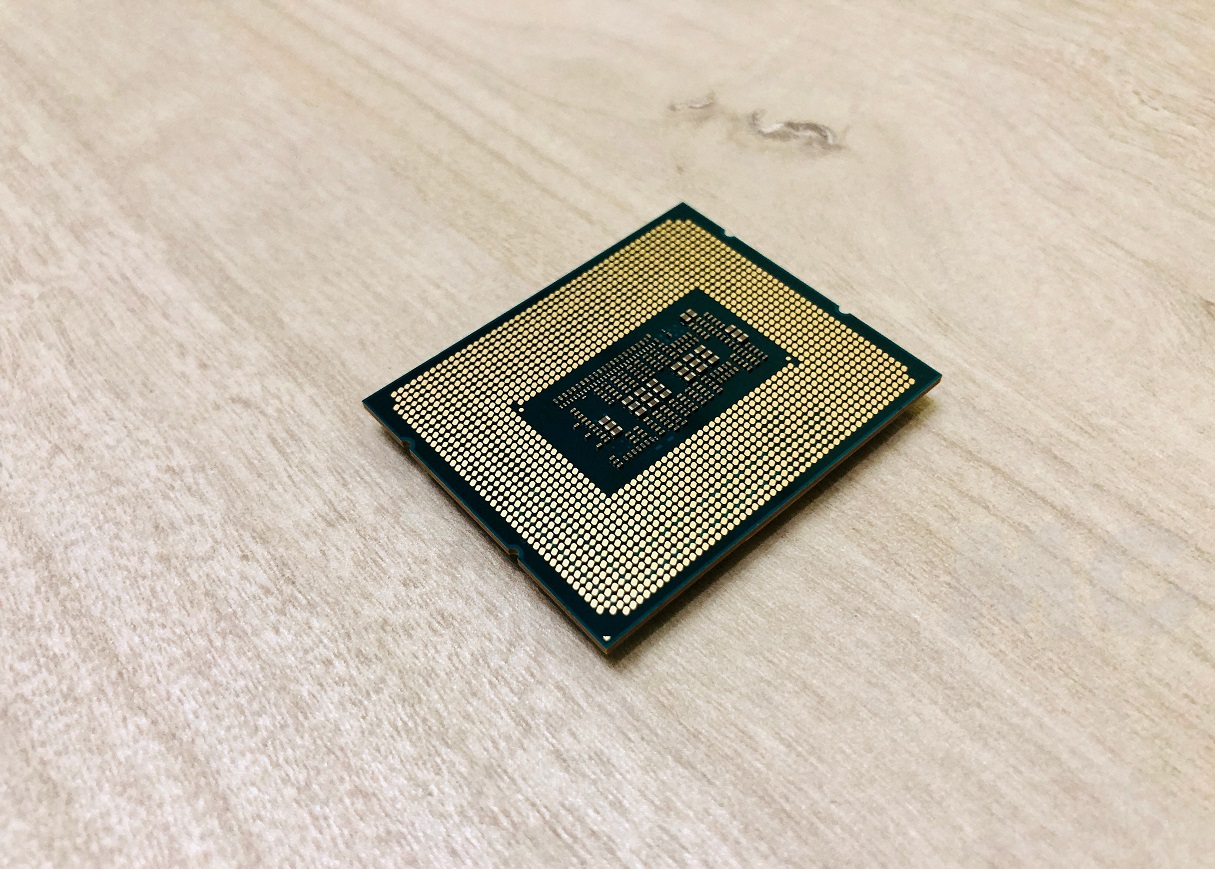 It is another very serious myth that can lead us to make totally wrong purchases. The most important thing to choose a processor is the use that you are going to give it, since the aspects that you should prioritize in your purchase will depend on it. Thus, for example, a person who wants to use their computer to play games should prioritize the IPC and the processor cores, but giving greater importance to the former, because:

This explains why a Core i3-12100F, which only has 4 cores and 8 threads, can outperform a Ryzen 7 1700 in games, which has 8 cores and 16 threads. The key is in those three points, and the enormous advantage that the first one has over the second in both IPC and working frequencies.

On the other hand, a person who is going to use your equipment to work with professional applications that require a high degree of parallelization, you should prioritize the number of cores and threads. In these cases, it would make sense to sacrifice IPC to get a higher number of cores, and it would be better to buy a Ryzen 9 3900X before a Ryzen 7 5800X, to give a simple example.

However, we must be very careful with this issue, especially if we use our equipment to work and play, since in these cases it is easy to end up making mistakes even if we are clear about everything we have just said. The ideal is to find a certain balancebut if you are clear that one thing is more important to you than another, you should give it priority when choosing the processor.

A processor with a high number of cores and threads can offer high performance in multithreaded environments, but at the same time its performance in games can be very poor, in the same way that a processor with a low number of cores and threads can perform very poorly. good in games, but very bad in multithreaded environments. Forget this myth, and be clear that the most important thing about a processor will depend of the real use that you are going to give it, without further ado.

Inflation puts a third of Spanish companies at risk

Microsoft Teams will debut a compact mode for chats

Exemptions from applying TicketBAI in the province of Guipúzcoa