Apple CEO Tim Cook spoke about “an historic day for Mac” when in the keynote of the WWDC 2020 conference he announced the program silicone. It was a change in the hardware architecture for its entire line of Mac personal computers, for which in three years it would replace Intel’s x86 processors. in favor of own designs under the RISC architecture licensed by ARM.

Two years later and based on Mac sales figures, analysts believe that Apple is achieving the planned objectives: avoid dependence on external technologies; maximum control to integrate software and hardware and also cost savings. The first Macs with ARM with the M1 chip have sold at a very good pace and the analyzes of the new equipment with the M2 SoC confirm that the Cupertino firm continues to evolve very well, at least in terms of the performance of its SoCs compared to the previous ones. Intel processors.

It must be said that the idea of ​​bringing ARM to PCs is not new and the most newsworthy example is that of Microsoft, since it began trying it more than a decade ago with the Surface RT tablet. It was a fiasco that caused losses of 900 million dollars and, according to Redmond gossips, the definitive fall from grace of the CEO of the time, Steve Ballmer. microsoft has ended up significantly consolidating the Surface line, but successive attempts at “Windows on ARM” have ended in failure.

The reasons remain the same as they were a decade ago: serious performance issues (despite improvements in the Qualcomm chips used) and inability to properly run mainstream Win32 applications on Windows. And it is not at all easy to carry out this type of hardware transitions that imply a change of architecture. Many are called and few are chosen, but why is Apple succeeding in bringing ARM to PCs and not the rest of the manufacturers? We do situation analysis.

Apple has experience with ARM that no other semiconductor manufacturer or systems vendor has. It should be remembered that those from Cupertino were involved in the development of this architecture shortly after the company Acorn Computer started it in the early 1980s. In fact, an ARM6 was the engine of the Apple Newton PDA. It was a sales failure and succumbed at the hands of other digital assistants of the time such as Palm, but its development was the prelude to what was to come with iOS.

And if Apple did not continue as the quasi-founder of ARM, it was because Acorn feared that Apple’s presence would push back the rest of the manufacturers to use their developments. It was when he decided to create a new company called Advanced RISC Machines (ARM) in charge of product design of this architecture licensed today to hundreds of manufacturers.

Apple is among the big technology companies the one that previously opted for ARM and without a doubt the one that obtains the best performance. It uses the licenses to design its own chipsets and entrusts the production to a ‘neutral’ company such as the foundrie TSMC. As a result, there are the hundreds of millions of iPhone mobiles, iPad tablets or wearables sold to date. The entry into PCs was only a matter of time.

Apple doesn’t suffer from the “fragmentation” problem that other platforms like Android or Windows do, because it doesn’t have too many hardware designs to support. This is a great advantage for optimizing the macOS operating system for use on any architecture. Apple knows exactly which model of Mac it’s going to build and how many different hardware designs it needs to support, so it’s much easier to design and tailor performance and user experience. 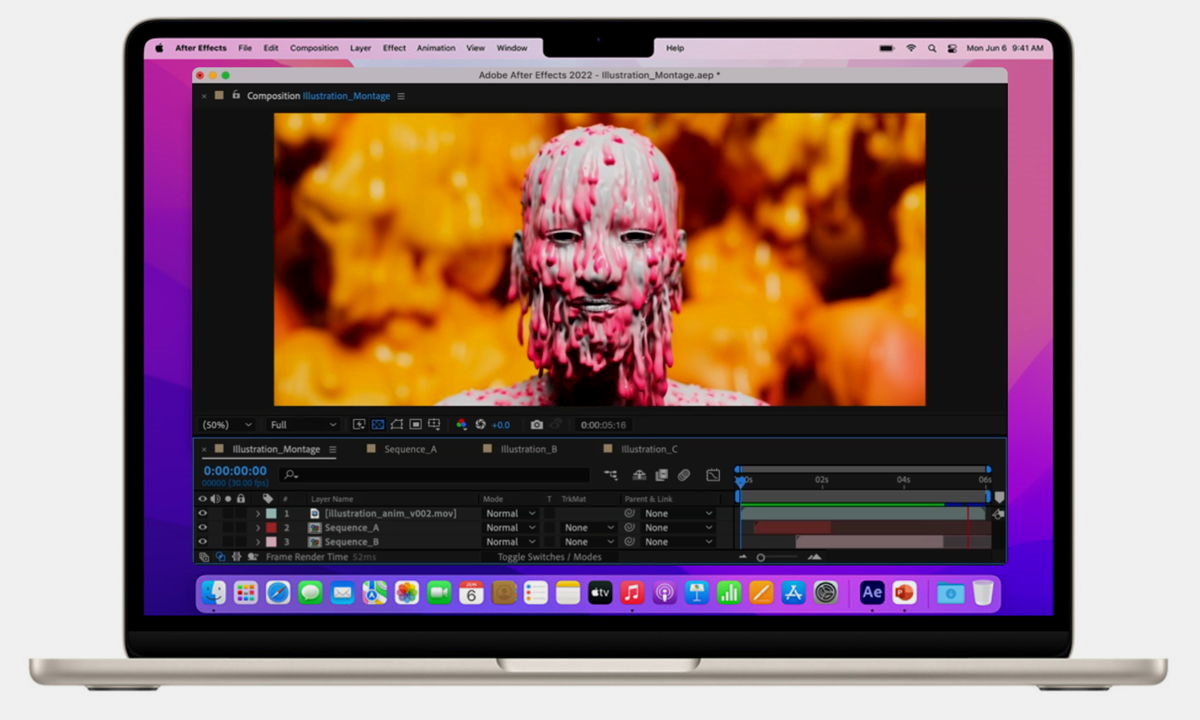 Facing it, the windows ecosystem is a monster which complicates its support by Microsoft. There are hundreds of models from dozens of different manufacturers and a colossal number of peripherals, accessories and applications to support, many of them legacy from previous generations that Microsoft hasn’t come out of.

This diversity of hardware and software makes it much more difficult to ensure reliability, performance, application compatibility, and timely updates for every computer. Something that Apple does achieve, although it is undoubtedly much simpler.

One of the big problems that ARM PCs under Windows have had so far has been the performance. The Microsoft SQ2 SoC created in collaboration with Qualcomm is a powerful chip on paper, but it doesn’t handle emulation well even on noteworthy rigs like the Surface Pro X which suffers from lag, stutters, program crashes, others not starting and a marked general instability.

This is not a problem unique to the SQ2. The ARM chips that manufacturers use to build Windows laptops are not optimized to emulate x86 applications. And this is where Apple makes the difference because its M SoCs for PCs have a specific chip for emulation. In other words, they translate x86 code by hardware, which results in better application compatibility, overall software stability, and performance far superior to that offered by Windows on ARM.

The performance differences between the M1s and SQ2s are wide in Apple’s favor across all benchmarks. The M2s are already arriving on the market and surely the improvement of Apple’s own designs will be a constant in the future. We don’t see the same progress at Microsoft or the manufacturers that work with Windows. 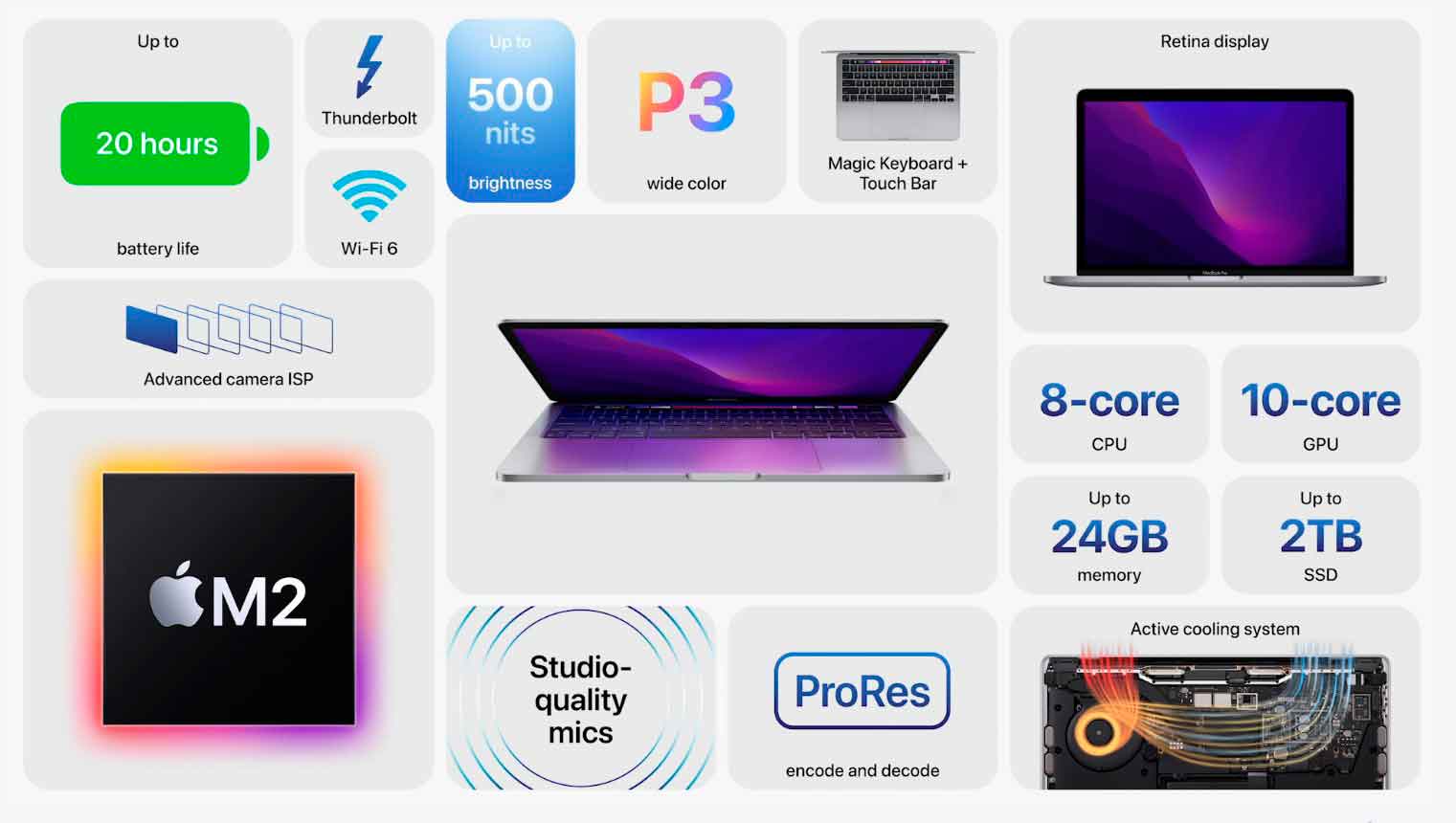 4.- Full control of hardware and software

It must be said in defense of Microsoft that it does not have the great advantage of Apple: a closed ecosystem that it completely controls. Apple builds the operating system, designs the hardware to run it, installs its own apps, and even has the final say on what can or cannot be installed on your machine. This allows Apple to tightly control the experience, including the transition to ARM-based devices that it’s putting the most effort towards, successfully.

Microsoft can’t afford those luxuries. You can’t focus all of your resources on developing Windows for ARM because you have other major platforms to support and a plethora of components, peripherals, and accessories. If Apple does not license macOS to any other manufacturer, in Windows the user can create his own PC and install applications of any type regardless of the source. Windows today is a monstrous ecosystem of new and legacy hardware and software to support.

Another big reason why an ARM Mac works better than a Windows PC is software support. It does not matter that the 30% commission and the operation of the App Store is questioned so that it is the most profitable digital application store on the planet and the most attractive for developers. And it is that Apple supports like few manufacturers to the creators and in the transition to ARM has put all the meat on the grill.

On the one hand, the company has promised to convert existing mobile applications to Macs easily and in a very short time using Xcode 12, a solution that offers native compilers, editors and debugging tools. In addition to facilitating the conversion of applications for native executionhas developed Rosetta 2 virtualization technology for developers to port existing iOS and iPadOS apps to new Macs without modification. 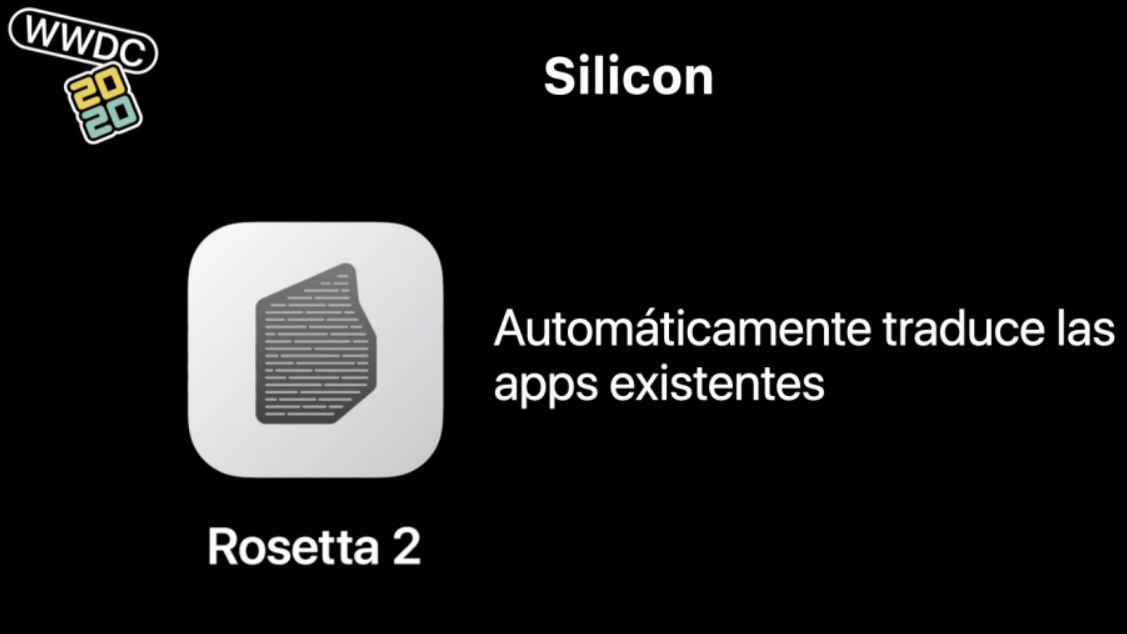 Potentially, you can also run Linux and Windows and use the Universal 2 application binaries to create a single application that will run on ARM-based Macs as well as existing Intel-based Macs that number in the millions. And for the future, we can take for granted a single operating system capable of governing any Apple device or computer and a single application store once a common hardware architecture under ARM is achieved.

Microsoft doesn’t have this developer attraction nor has it managed to push the new Universal Windows apps beyond causing a schism with Win32. For Windows 11, a Windows Store has been developed that is more profitable for developers, more visually appealing, more functional overall, and more useful for purchasing software.

Will anyone be able to follow in Apple’s footsteps? The future is not written and it is unknown to what extent Microsoft will be able to advance and will be able to stand up to Apple one day through ARM in PCs. We speak of Microsoft as Apple’s main rival, but this is extensive to the rest of the manufacturers that They generally still use x86 architectures from Intel or AMD. To date, none has shown the capacity of Apple, but neither does anyone have the advantages of an ecosystem like Cupertino’s.

Which LG TVs will feature OLED.EX panels to deliver up to 30% more brightness?