The second-hand mobile market moves a lot and more in this period where Black Friday promotional campaigns are usually used to buy new models. In addition to taking the cloth and leaving it visually as clean and presentable as possible, there are other important tasks to perform that come from the section of the data security.

If you want to save some money on the purchase of the new device, selling the used one is a good option. And the sooner the better, because each month that passes will be worth less. Except for a few models (especially Apple iPhones) the loss in value is usually quite large as new generations arrive on the market. In addition, companies specializing in reconditioning are also pushing down.

In any case, if the smartphone is still in good condition for use and you adjust the price downwards, you will have a chance to sell it. There are specialized companies that buy them, manufacturers that offer delivery to make the purchase of new ones cheaper (they are usually not very generous) or direct sales from user to user (perhaps the most profitable) on online portals, social networks or web pages. In Spain, there are interesting buying and selling forums with quite serious staff. Those of HTCMania or EOL are two examples of good performance.

Before selling a second-hand mobile

The first thing to do is create a backup of all the terminal data. This includes photos, videos, documents, messages, contacts, and more. There are several ways to do it. Personally, I like to make a Complete copy to a PC or external drive, both from the internal memory of the terminal and from the microSD (if we have it installed) in case there is a problem in the change of terminal or in the subsequent synchronization to the Cloud services that we are surely using.

We must also make sure that these cloud services are up to date with the latest changes and files added to the terminal. This includes general online storage services such as Dropbox or OneDrive or those specialized in photography such as Amazon Photos or Google Photos.

The same with the rest of the applications that we use. Most have their own backup system and usually sync regularly, but make sure of it. One of the most used, WhatsApp, creates automatic backups of the chat history (and content) connected with Google Drive, but it must be managed by the user in the settings.

Both Android and iOS have a backup tool integrated in the general settings and it is another point that we must review to make sure that they have made a last backup of the data. On Android, you are probably using a Google account and this facilitates the task, since it automatically saves the important section of contacts, calendar, Gmail, Play Store applications, and even other settings such as wallpapers, language, time zone, etc. Manufacturers like Samsung offer their own ‘Cloud’ in case you want to make the copies there.

As for the rest of the applications, there are free tools to make a backup copy of them. Personally, in a change of device, I prefer to install the apps “by hand” taking advantage of the step to do cleaning, but if you are interested in something more automated, tools such as Titanium Backup are one of the best, although it requires that the terminal be rooted. There are several general applications of that type and also others for specific tasks such as saving all SMS. An example is SMS Backup & Restore.

If you bought the new mobile before you got rid of the old one, you can try to transfer all the data. However, it is not easy to transfer data from external applications between Android devices. There is no official Google solution for this and although some OEMs do generally offer it does not usually work well with devices from other brands before the implemented customizations.

If you are going to switch between Samsung devices, you can make use of the Smart Switch Mobile app. Other manufacturers have theirs like OnePlus, which offers the OnePlus Switch software. The results tend to be unpredictable and even with terminals of the same brand there are errors when it is carried out (as is usually common) on different models and versions of Android.

If you do not want complications or errors you can choose one clean installation, make a good backup of files, data and apps if necessary, and then start your terminal from scratch. In most consumer smartphones it will be a matter of a few minutes.

After a good season working on an SAT, I must tell you that I have found everything. And in this case I mean equipment or components (oh, those hard drives) delivered with all kinds of personal and professional data. It is not uncommon to buy a second-hand mobile and check that the internal memory has apps installed and usernames and passwords to access different services. Or the microSD full of images, some compromised …

If the mobile falls into the hands of some unscrupulous and you have not deleted all the information, you can get a good deal. We must eliminate absolutely everything before selling it not to leave our personal information in the hands of third parties. In addition to files, this includes user accounts and subscriptions to streaming services, cloud storage, etc.

4.- Elimination of any link

If your old terminal is Android, it is very likely that it has the Factory reset protection (FRP). It is an additional layer introduced by Google as a security measure, which prevents the resetting of the terminal for situations of theft or loss of the terminal. Obviously, you have to remove that protection before selling a smartphone so that a third party can use it. To do this, you will need to delete all Google accounts that have logged into the device. Go to the Settings tool> Accounts, select and delete the Google account that you used for the first time to log into the device.

Once you have finished safeguarding your data, you should reset the terminal to its factory state to finish disengaging completely from it. This will remove all accounts, files, and data from internal storage and essentially put the software back into an unused state. In this way, when the new owner of your phone has the device in their hands, they will configure it from scratch just as we will do when we buy the new mobile. 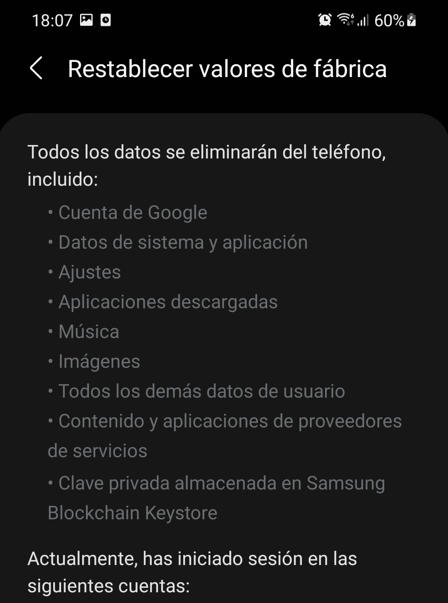 Once the software tasks have been completed, it is time to remove the SIM card that we are going to use in the new terminal and also the microSD memory card if it is installed. Personally, I don’t like handing over the microSD with a second-hand smartphone for the data security reasons discussed in previous points. If you are going to include it as part of the second-hand mobile make sure to put a good low-level formatting into it. There is quite effective specialized software with which data can be recovered from memory cards where the data has simply been erased from the explorer. 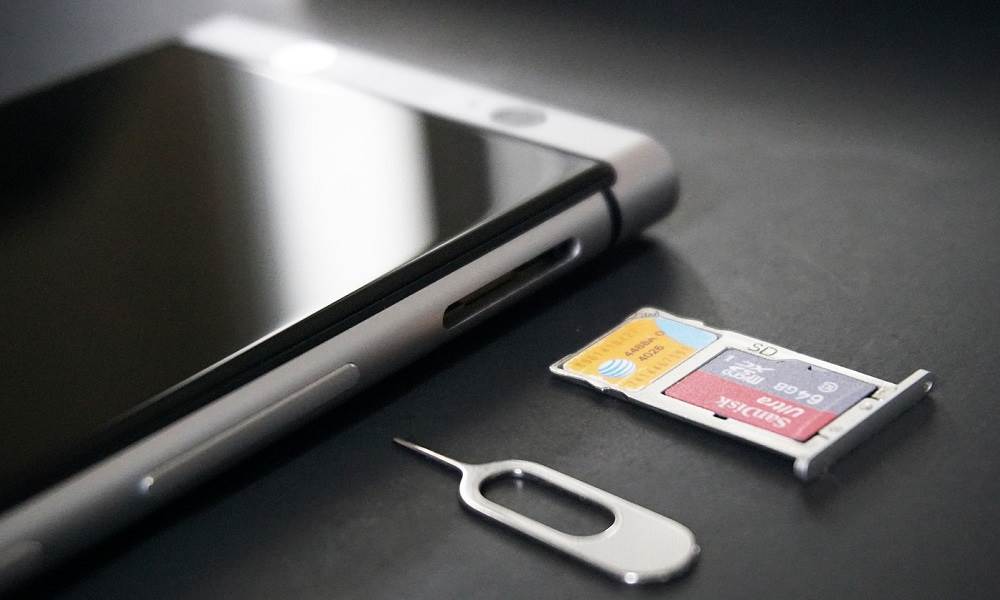 Do not include used headphones, in this case for health reasons. The buyer will already have their own. If you want to include them, they always have to be new models. Plus, both entry-level wired and wireless earbuds are pretty inexpensive.

It would be necessary to carry out a thorough cleaning of the terminal. You have to do it always and now much more in times of COVID. If we keep the original packaging (as is recommended), we only have to keep the mobile phone, the charger, the accessories that it brought as standard (with the exceptions mentioned) and additionally what we have purchased separately such as covers, housings or screen protectors. It is also convenient to add the invoice if the terminal is still under warranty. If the battery is removable, it is better to include it outside the smartphone.

It’s time to take good pictures of the smartphone and the accessories to hang them in the places where we put them on sale. If it is in good general condition and the price is reasonable, we will have the opportunity to sell that second-hand mobile. Delivering it to lower the purchase of a new model is another option, although manufacturers are usually not too generous and it will generally be more profitable to sell it to another user. If you are going to do it do not waste time because the loss of value will be constant with each passing day. 5 things that should improve right now in Pokémon Legends: Arceus