A grip with controls for the iPhone 12 camera

Kickstarter has been quite active in recent months and although some users no longer trust the same as at the beginning of everything that is launched with the intention of trying to make it happen, that does not mean that they like to see what is coming new.

The latest is this accessory designed for the current iPhone 12, although they will be compatible with future models that continue to integrate the MagSafe magnetic connection system or if you are looking for options to have MagSafe on any iPhone. It is a kind of grip with physical controls to control the iPhone camera in a more similar way to that of a compact camera.

Fjorden, device name, is not just a grip with a button that you can press to fire the camera. Actually, the product has some other trick or additional secret that, for those who consider that they need it, could provide advantages. 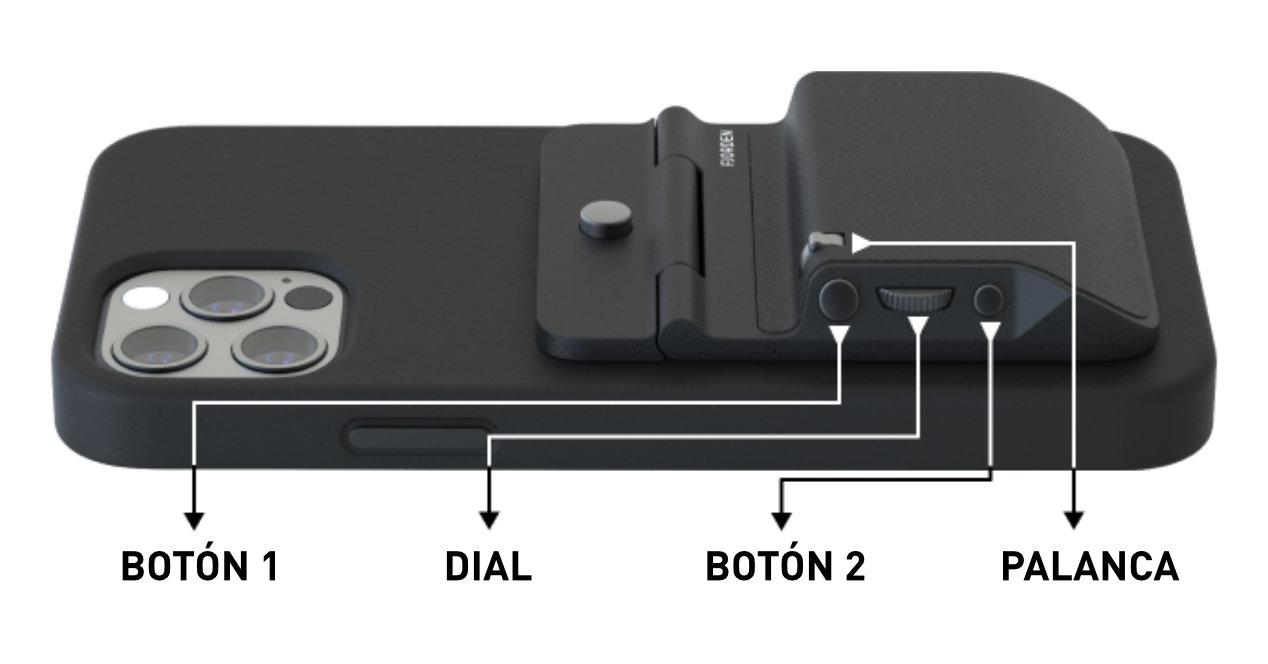 For starters, it has four physical controls: two buttons, a dial, and a kind of lever. Each of them performs a specific action, although some of them can be customized to control different aspects:

Interesting? Well yes and no. That is, the proposal is attractive because it improves aspects such as the grip of the iPhone and being able to use it as a conventional camera is something that many users like. It is true that this limits you for some captures, but you will always have the option to shoot as you normally would without any additional accessory. 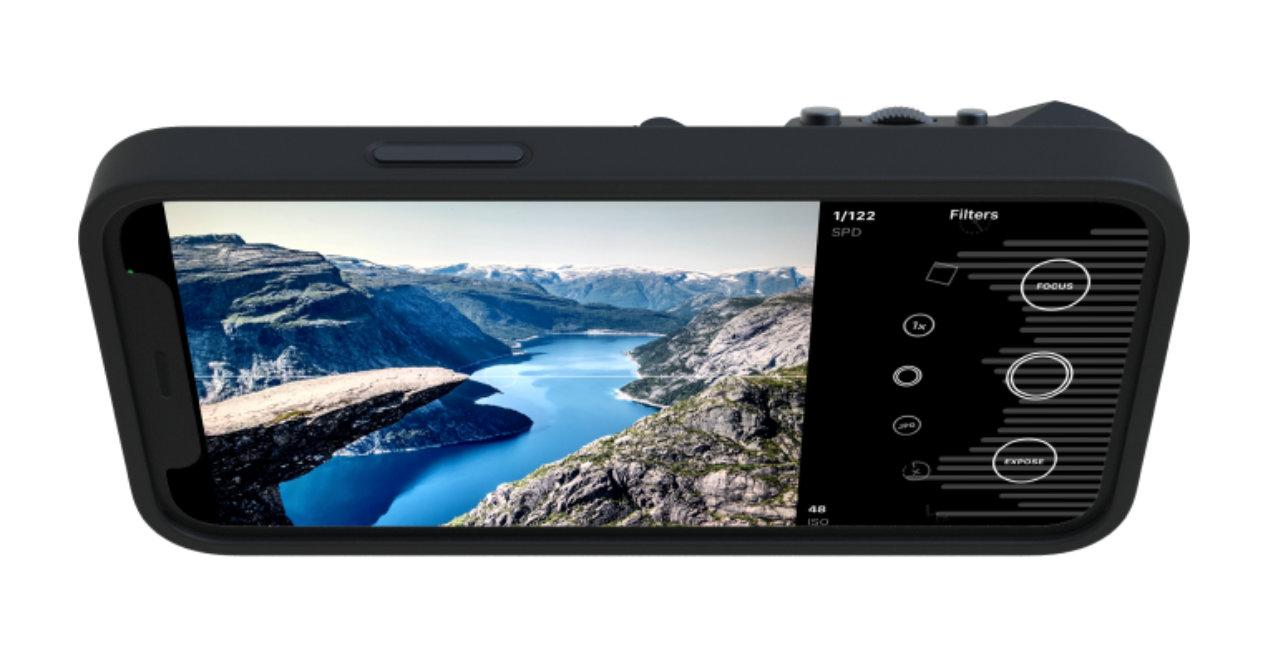 In addition, as with Moment and its devices, those responsible also accompany the accessory of Fjorden Camera App. This camera app offers those advanced features that the native camera app doesn’t. So if you want to have more controls or professional tools to get the most out of it, it can be a great option. And if you are not convinced, it is compatible with other apps such as ProCamera, Obscura, etc.

Finally, the grip allows it to be placed as a lectern to be able to use the iPhone vertically or horizontally as if it were an iPad or Surface. An interesting option for video calls or other uses.

Fjorden, an accessory for photographers

Once the product is known, it is clear that it is not a product for everyone. Let’s see, anyone could take advantage of it, but not everyone would amortize the investment in the same way that through Kickstarter it would be about 120 euros if you dared to get one.

Despite the interestingness of the proposal, it seems to be something more designed for photographers, for users who intensively go out to take photos with their iPhone and have occasionally needed certain options that do not exist in themselves. Because, in addition, this could be used as a remote trigger and that can be attractive.

In short, the main advantage is that being compatible with MagSafe is not like other accessories that are only valid for a generation or two of iPhone while maintaining dimensions and design. By using the magnet system, it can be used with current, next year and subsequent magnets as long as MagSafe is still alive.

The best contents of the week in MC (CCCV)

Does This Deleted Scene From The Batman Confirm There Will Be A Sequel?