The frames per second have become the main value to measure the performance of a computer, or a game console, in games. You all know that the higher the frame rate per second, the higher the performance, and you are aware that this is always “better”, but not everyone is clear about what exactly they are and why more is better.

The frame rate per second is important, but also there are other keys that we must take into account when we talk about these, such as the synchronization and the correct generation of each frameand also the refresh rate of the monitor that we are using. All these elements are deeply linked, and in the end they are essential for us to enjoy a good experience in our favorite games.

In this article we are going to explain all you need to know about the frames per second, about the refresh rate and about the different settings and technologies that can affect both. As always, if you have any questions you can leave it in the comments and we will help you solve it. Without further ado, let’s begin.

What are frames per second and why do they matter?

To generate a frame it is necessary for the CPU to supply the GPU with the basic information of the game scene, and that the latter carries out a large workload (geometry, texturing and shading, etc.). The power of both components will determine the maximum frames per second that our equipment is capable of producing, although this can be affected by numerous factors, such as how demanding the game is, the resolution that we use and the technologies that we have activated.

To enjoy a minimally acceptable experience in games, it is necessary to reach a minimum frame rate per second that, depending on the demands of each person, must be between 25 and 30 FPS minimum. However, the ideal to enjoy an optimal experience is to have at least 60 frames per second.

Between the two extremes there is a series of intermediate levels that make a considerable difference, and that deserve a detailed analysis so that we are clear about the experience that we can expect:

What is refresh rate and why is it important? 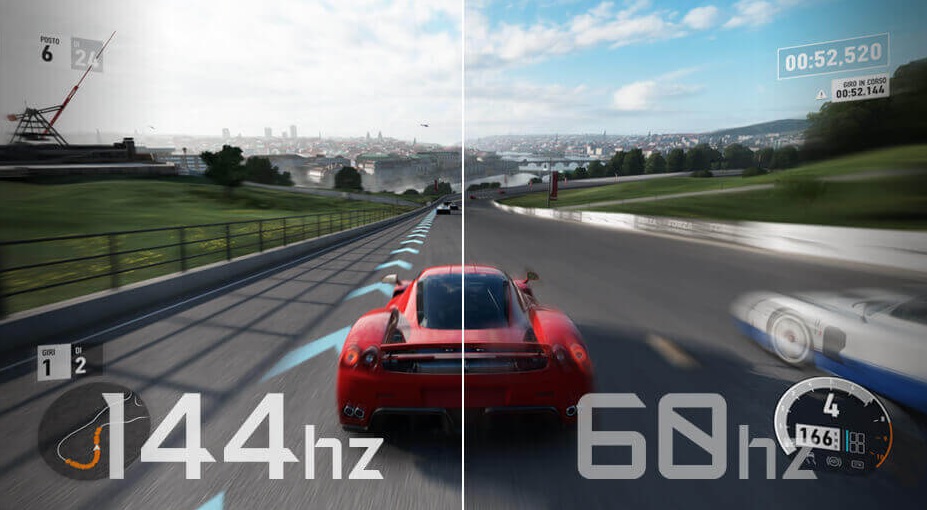 The refresh rate indicates the number of times the image is refreshed in one second, and it is a value that is deeply tied to the GPU and the frame rate per second. A monitor that has a refresh rate of 30 Hz will only refresh the image 30 times in a second, while a monitor that reaches 144 Hz will be able to refresh the image 144 times in a second. The difference is overwhelming, and it also affects the feeling of fluidity that we will have in games.

As we have said, the refresh rate is important because it will allow us to view a greater number of new images in a second, and this not only will it improve the feeling of flow, but it will also help us avoid that feeling of eye fatigue that occurs when we move below 60 Hz. However, we must bear in mind that to take advantage of a high refresh rate we need a high rate of frames per second.

By combining both values, a high refresh rate and frames per second, we will have a greater amount of visual information in a second and we will enjoy that greater fluidity that we have already mentioned, two keys that will obviously give us an important advantage. With a lower refresh rate and a high frame rate per second part of these will be “wasted”and we will miss important visual information.

Let’s see it with an example. If we have a 144 Hz monitor but our computer can barely keep 30 frames per second we will not notice any difference compared to the result that we would obtain when using a 60 Hz monitor, since the monitor would not be receiving enough new frames to update the image. On the other hand, if our equipment were capable of generating 144 frames per second, the difference that monitor would make would be very large, since it could update the image 144 times in a second and use 144 totally new frames. It would be the ideal, without a doubt.

In general, we should avoid 30 Hz monitors, although these luckily are “in danger of extinction”, and it is not normal to find models with such a low refresh rate. However, I remember that it is still possible to find some very cheap models with 4K resolution that have that refresh rate (hence their low price). From 60 Hz we can enjoy a good experience, although with higher models this will improve significantly as long as our equipment is capable of reaching a high frame rate per second.

Issues and technologies that can help us improve the experience 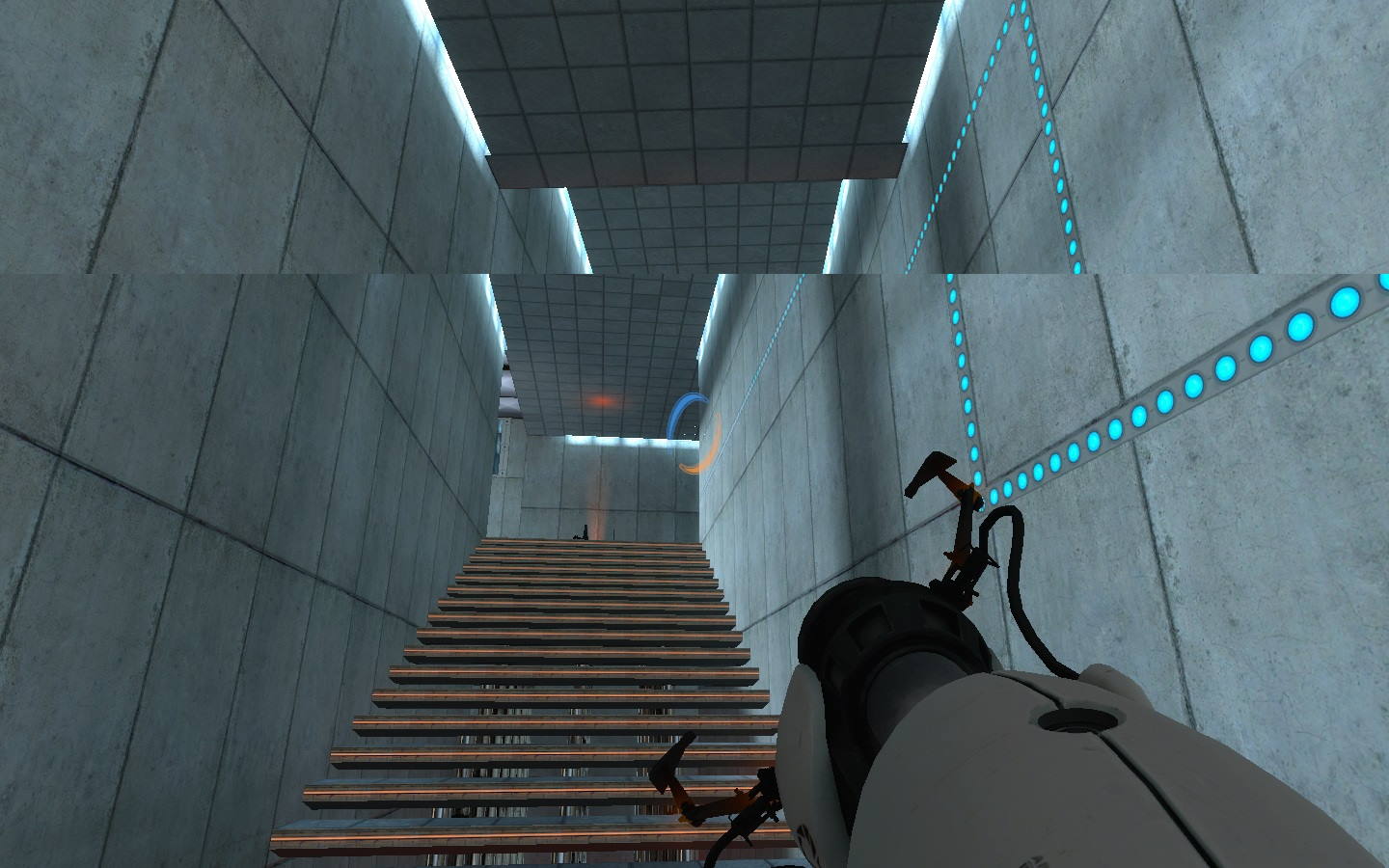 As we have seen, frame rate per second and refresh rate are two values ​​that are deeply linked, and it is totally normal, since the monitor will use the frames generated by the graphics card to renew the image with each one of them. Ideally, both values ​​should be identical.but this is something that is very difficult to achieve naturally, that is, letting the computer and the monitor work freely.

When a graphics card generates a frame rate per second greater than the maximum refresh rate of the monitor, what we know as «tearing» or rupture of the image, characterized by the appearance of horizontal lines that “break” the image. To avoid this, we can use the vertical sync (V-Sync), which limits the FPS rate to specific values ​​(usually 60 FPS). This works, but has two problems: 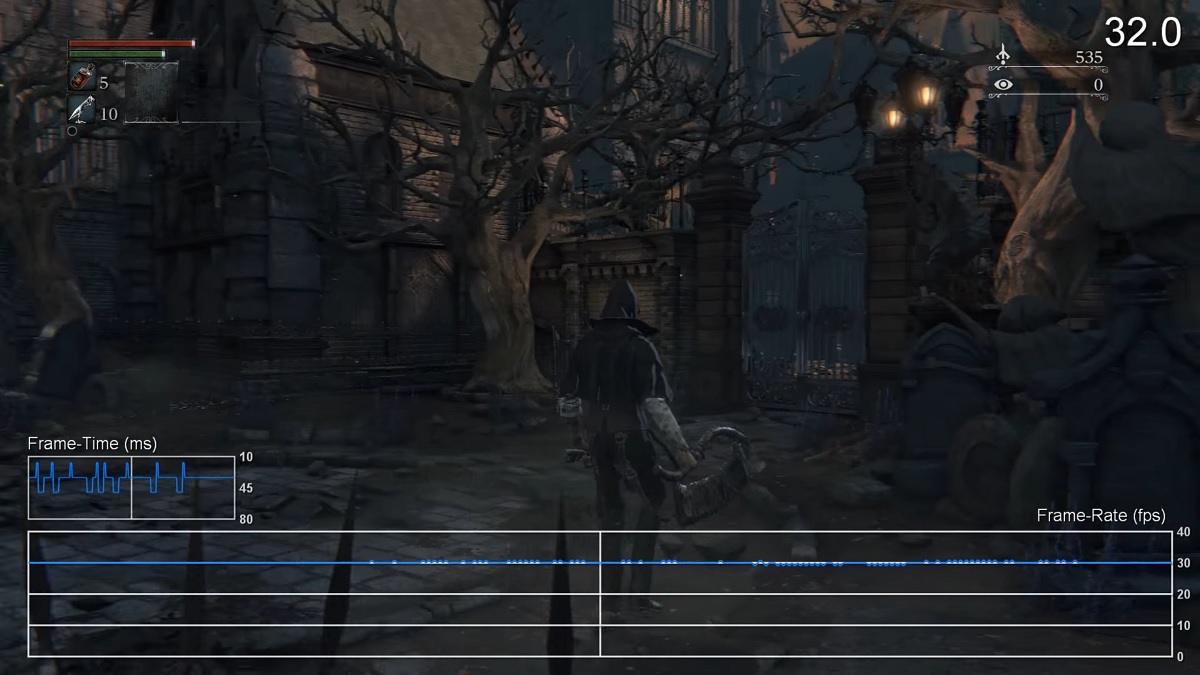 Stuttering in Bloodborne. Take a look at the render latency located in the graph on the left. Image courtesy of Digital Foundry.

Another major issue that affects the frame rate per second is the “stuttering” or stuttering of the image. This occurs when there is a significant lack of coordination between the generation of a frame and its display on the screen, that is, there is a failure in the synchronization of the GPU and the monitor. In these cases, the GPU produces a frame a few milliseconds later than it should and results in abnormal rendering latency, causing micro-jerks that can completely ruin the gaming experience.

technologies NVIDIA G-Sync and AMD FreeSync They will completely free us from the problems of “tearing” and “stuttering”, and without us having to assume any kind of impact on the performance of our favorite games. Both perform the same role, synchronize GPU and monitor so that the generation of frames per second and the refresh of the image work in unison and offer a perfect result.

Give your Christmas tree a retro touch with these decorating ideas

Falcon and the Winter Soldier: Disney+ censors the series by modifying the scenes that are too violent

What is Moon Knight up to with his mysterious post-credit moons?