The Galaxy Z Fold 3 is poised to become the new benchmark in the foldable screen smartphone market. News, technical characteristics, release date, price, we summarize everything you need to know about the next Samsung flagship. 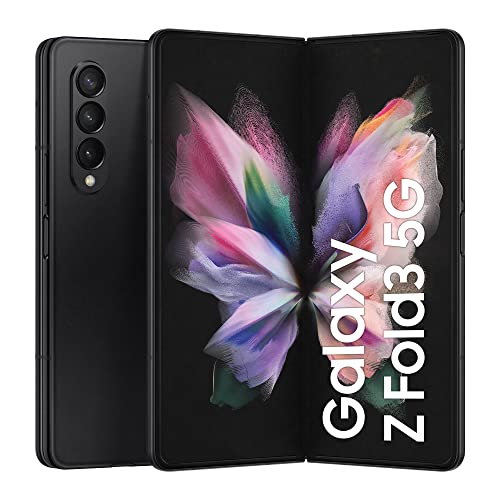 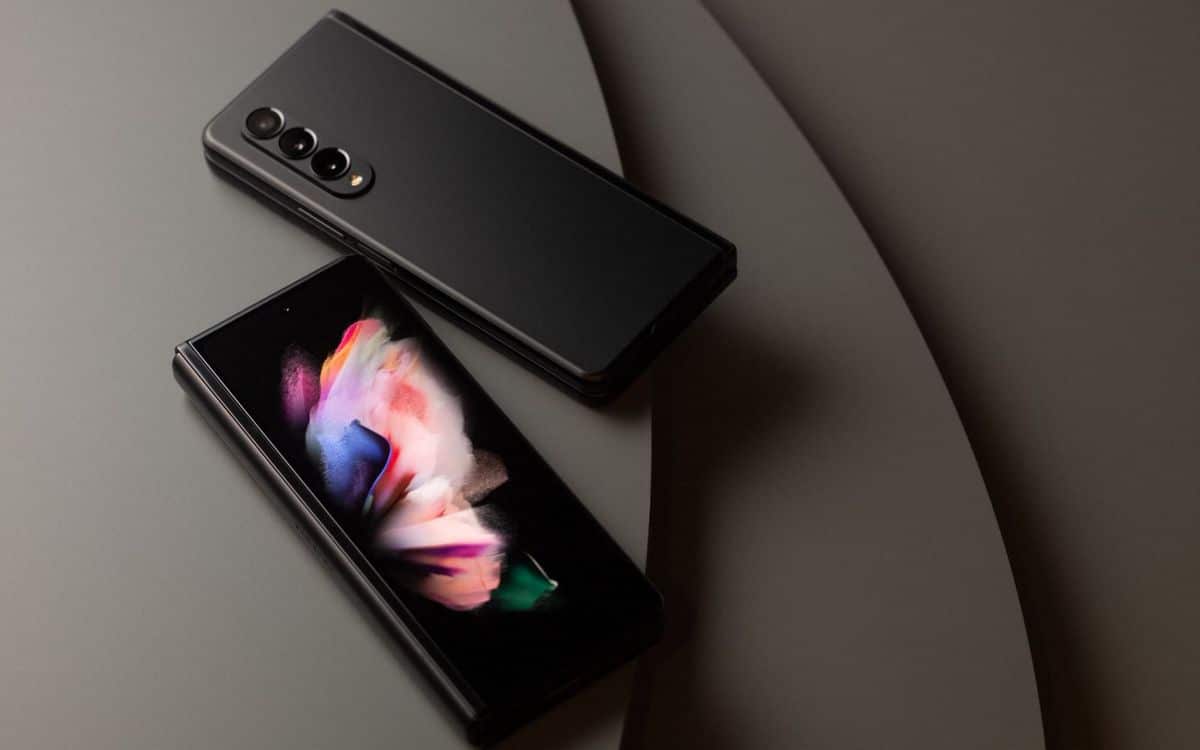 Samsung is now offering us an update to its very first foldable screen smartphone range with the Z Fold 3, a device that takes the recipe from its predecessors by adding improvements here and there. With a goal for the South Korean manufacturer: to impose on consumers the idea that such a design is practical and represents the future of the mobile industry. The brand is betting big with its folding, going so far as to abandon its Note range to make room for them.

⚙️ Our full test of the Galaxy Z Fold 3

Find here our complete test of the Galaxy Z Fold 3, successor to the Z Fold 2. A smartphone which obtains an excellent note, thanks to an improved design, excellent screens with perfectly respected colors, support for the S-Pen touch stylus , good performances with its Snapdragon 888, a very nice audio experience and the best multitasking management ever offered in mobile telephony. Without forgetting its price, revised downwards to be more affordable.

A few small flaws tarnish this beautiful picture, such as a half-tone photo experience and battery life we ​​expected better, not to mention the fast charging which could be faster. But its main flaw is certainly the lack of supplied accessories : The S-Pen adapted to the flexible screen is offered at an additional cost and no charger is included in the box.

📅 When is the Galaxy Z Fold 3 released?

Samsung took advantage of the Galaxy Unpacked conference on August 11, 2021 to lift the veil on the Galaxy Z Fold 3, alongside its other new model of foldable screen smartphone, the Galaxy Z Flip 3. It has been available for sale since the 27th. next august. A few months later, the phone was a huge success. Samsung has admitted to having sold more foldable smartphones in a month than in all of 2020.

Note that Samsung has already deployed a first software update on August 18, just days before launch. This patch, in addition to integrating the Android security update of July 2021, mainly focuses on improving the user experience.

As announced by many rumors, the manufacturer decided to reduce the price, however, Samsung has failed to lower the price significantly. The Z Fold 3 is indeed sold from 1799 euros.

The design of the Galaxy Z Fold 3 has changed little compared to that of its predecessors. We find the same principle that has guided the range since its beginnings, namely a vertical hinge that allows the screen to be folded inwards horizontally. Unfolded, the device offers a comfortable tablet format. Folded, it can be easily stored anywhere and can be used with one hand. And there is the Flex Mode, an intermediate way of folding the hinge so that the smartphone rests on a flat surface in complete stability, ideal for watching videos or for daylighting with the controller.

The smartphone, on the other hand, is thicker than his ancestors, already not very thin. It displays a few additional millimeters necessary for the integration of the digitizer which will make the mobile compatible with the use of an S-Pen, but we will come back to this in more detail a little later. The exact dimensions are 67.1 x 158.2 x 16mm when the Z Fold 3 is folded, and 128.1 x 158.2 x 6.4mm when it is unfolded. It is however a little lighter by a few grams, namely 271g.

One of the big news is the disappearance of the selfie camera in a punch, a design that hinders the display. This is moved under the screen and thus becomes invisible. A technology that we have been talking about for years and which finally seems ready at Samsung, whose engineers have had to meet many development challenges.

On the other hand, the photo block on the back is entitled to a welcome aesthetic touch-up. The photo sensors appear larger and closer together, with the LED Flash positioned just below it vertically. The whole thus becomes more discreet than on the previous generation.

As for the colors, Samsung offers us black, navy green and gradient pink models. The chassis of the device is made of aluminum, the back panel of glass, and the front of glass in smartphone mode and plastic in tablet mode (to allow the action of folding).

Small surprise, the Galaxy Z Fold 3 is water resistant and has an IPX8 waterproof rating. For design constraints, Samsung had never been able to launch a waterproof foldable screen smartphone on the market. IPX8 means the device can be submerged in water up to 1.5m deep for 30 minutes, so it is not afraid of splashing, showering or dropping in water. On the other hand, it is sensitive to dust and debris, like its predecessors.

And if you absolutely want to know everything about the Galaxy Z Fold 3, know that the YouTube channel PBKReviews has completely boned the device to discover all its secrets (visible above). According to the technician, the foldable smartphone will be relatively difficult to disassemble, even giving it a score of 2/10. An astonishing verdict when we know that the Z Fold 3 has a repairability index of 7.8 / 10 in France. Something to think about.

🏎️ How does the Galaxy Z Fold 3 perform?

Ultra premium requires, Samsung equips its Galaxy Z Fold 3 with the best chip on the market for Android smartphones: the Snapdragon 888 engraved with a fineness of 5nm and 5G compatible. And this even in Europe, when we were treated to Samsung’s SoC Exynos 2100 home on the Galaxy S21 series.

Only one variant of the smartphone exists. It offers 12 GB of RAM and 256 GB or 512 GB of internal memory. No microSD card slot is provided to expand storage.

🔋 What is the autonomy of the Galaxy Z Fold 3?

The Galaxy Z Fold benefits from a battery capacity of 4400 mAh, against 4500 mAh for the battery of the Galaxy Z Fold 2. To compensate for this reduction, Samsung announces that it has used a foldable Eco screen 2 OLED which is 25% less energy consuming than that of the Z Fold 2. 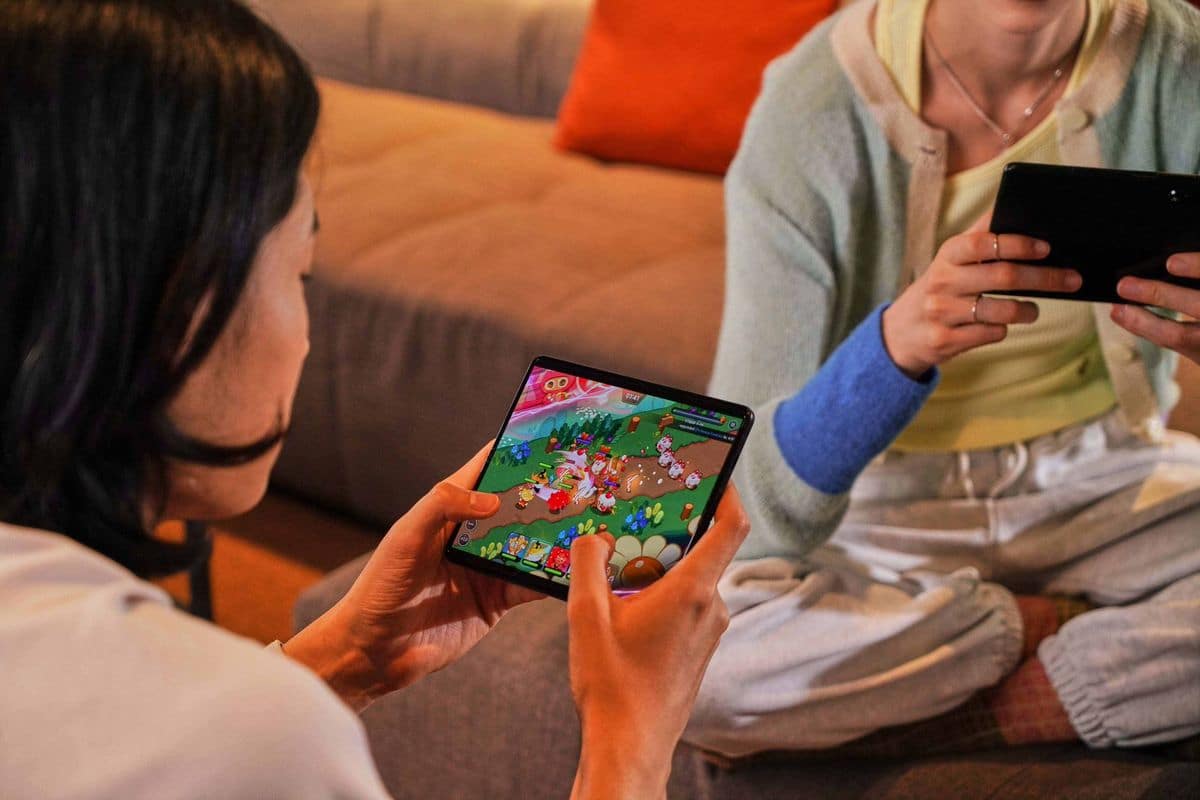 In terms of recharging, the technical characteristics remain the same. The mobile supports up to 25W wired charging power, and up to 11W via induction charging. The reverse wireless charging functionality for charging compatible accessories is limited to 4.5W.

Note, however, that Samsung has integrated a new feature into its special One UI 3.1.1.1 overlay. Called Battery Protection, it limits battery recharging to 85%. The goal here is to preserve the battery life as much as possible over the years. To access this functionality, you will need to go to the “Battery and device maintenance ” from your device settings. Then click on Drums, then on Other battery settings. Several options will be available to you in this menu, such as adaptive battery, enabling fast and wireless charging and at the very end of the page, the functionality Battery protection.

📸 Is the Galaxy Z Fold 3 good in photos?

Photo excellence at Samsung remains the prerogative of the Galaxy S series. The Z Fold 3 should do much the same as the Z Fold 2 in this area, with a triple photo sensor consisting of a 12 MP main module, 12 MP ultra wide-angle and 12 MP telephoto lens allowing 2x optical zoom.

It’s actually exactly the same setup as last year’s model. Our test of the Galaxy Z Fold 2 will therefore give you a good overview of the photo capabilities of its successor. There is still a difference for the front camera of the main screen (the one located under the slab), which goes from 10 to 16 MP.

🖊️ Is the Galaxy Z Fold 3 compatible with the S-Pen?

Yes, and that is very good news. Samsung having put aside its historic Note range, the brand seeks to offer the productivity tool as an optional accessory on other models. The Galaxy S21 Ultra was the first to take advantage of it, the new versions of the South Korean manufacturer’s foldable smartphone will follow suit.

During the conference, Samsung presented the all new S-Pen specially designed for the Galaxy Z Fold 3. Indeed, its particular screen required a new version of its stylus, including the tip is softer and more elastic. Also, we strongly advise against using the S-Pen of your Galaxy S21 or Galaxy Note, because it is not intended for this purpose and could cause irreversible damage. 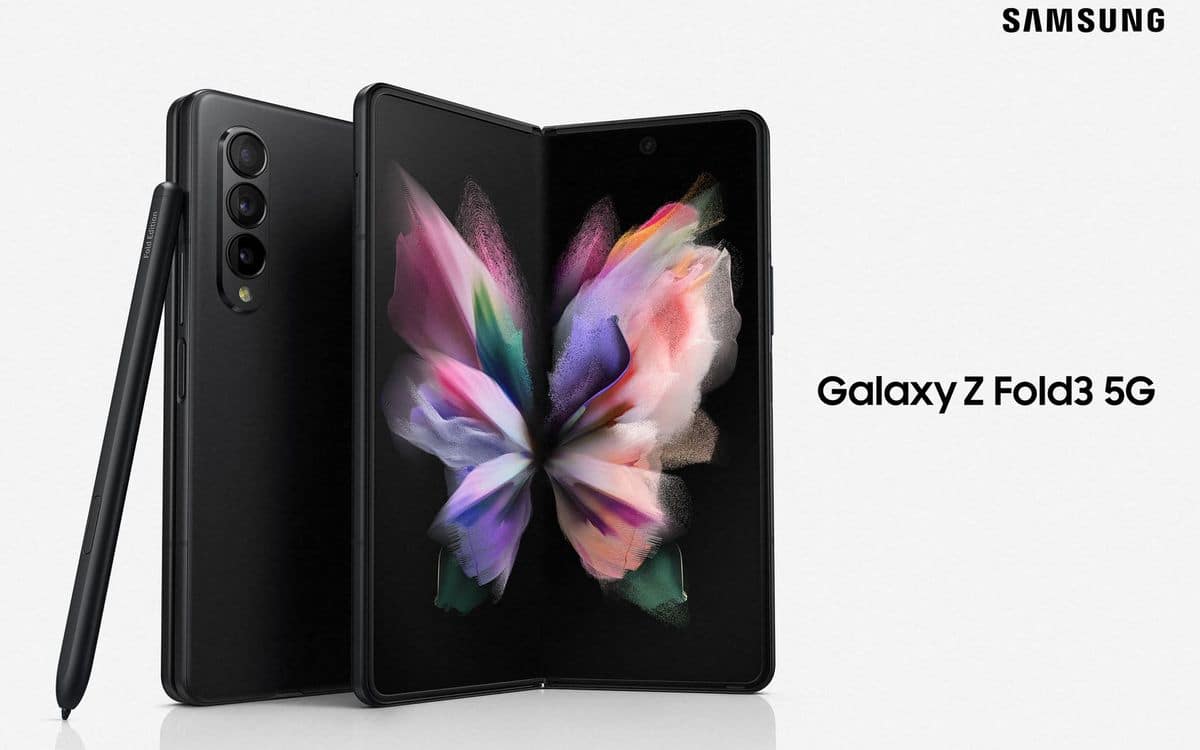 But in addition to the S-Pen, the Galaxy Z Fold 3 is also compatible with a premium-oriented Samsung stylus reference: the S-Pen Pro. It also benefits from lower latency, improvements in Bluetooth connectivity, and support for more gestures via the Air Action feature, which allows apps to be controlled remotely.

As a reminder, the S-Pen already allows you to take pictures remotely, control a presentation, can be used with the DeX desktop experience mode, take a screenshot, write text by hand with the possibility of converting it into computer text, drawing, underlining text …

🛠️ Galaxy Z Fold: which version of Android is installed?

The Galaxy Z Fold 3 will be released on Android 11. Samsung now promises three years of feature updates and four or five years of security updates for each high-end smartphone model. The Z Fold 3 should quickly switch to Android 12, the availability of the official stable version of which is getting closer.

Be careful, however, if you like to unlock your smartphone, you must at all costs avoid unlocking the bootloader of the Galaxy Z Fold 3. Indeed, Samsung is not really open to the idea and has set up a new system for you. dissuade it. When proceeding with the operation, a message will warn you that the photo sensors as well as several smartphone functions will be deactivated …

Scuf Reflex controllers for PS5 can now be fully customized

iPhone 14: China is no longer the only country to manufacture the smartphone