Throughout the 1980s, Nintendo launched different Game & Watch, arriving in 1982 the first version with D-pad, that is, the crosshead of a lifetime. These “little machines” had only one game and sat down handheld console bases. At the same time, Nintendo decided to also enter the field of desktops standing up to Sega and its SG-1000 with the Famicom, which would lead to the NES in 1984, the first international success of the Big N and where the brand’s best-known franchises would emerge. In 1989, Nintendo raised the bar with the Game Boy. It was an objectively inferior console to the Atari Lynxalso launched in 1989, and to the Sega Game Gearwhich was released in Japan in the late 1990s. Both of the original Game Boy’s competitors had color screens, while Nintendo’s had a dreary little monochrome screen on a green background and very poor contrast levels.

However, the move turned out phenomenally for Nintendo. The idea was not to conquer the market with its specifications, but to combine the portability of the Game & Watch with the simplicity of the NES. Also, the console was significantly cheaper and used less energy. Where it stood out especially compared to the Atari Lynx was in size. The Lynx was almost as big as the Nintendo Switch is today, while the Game Boy fit in a pocket.

The original Game Boy featured a 8-bit processor based on the Zilog Z80 1976. This silicon was not the most powerful on the market, but it was more than enough to move the Tetriswhich became the game sell consoles of the time. The first facelift of the Game Boy came in nineteen ninety six. It was significantly thinner and more compact. It consumed less power, hence the switch to AAA batteries. One of Nintendo’s biggest mistakes on this model was removing the battery life LED. After complaints from the public, they corrected it in the following batches.

The Pocket was sold in seven colors different. It would have been the last 8-bit portable console from the Japanese company if it weren’t for Satoshi Tajiri and Ken Sugimori, who turned the Game Boy market upside down that same 1996 with the launch of Pokemon. The Red and Green versions of Pocket Monsters they arrived in Japan in 1996. In a short time, the game became a hit. After debugging the Blue version and preparing for the jump to the West, Nintendo changed Game Boy’s plans. 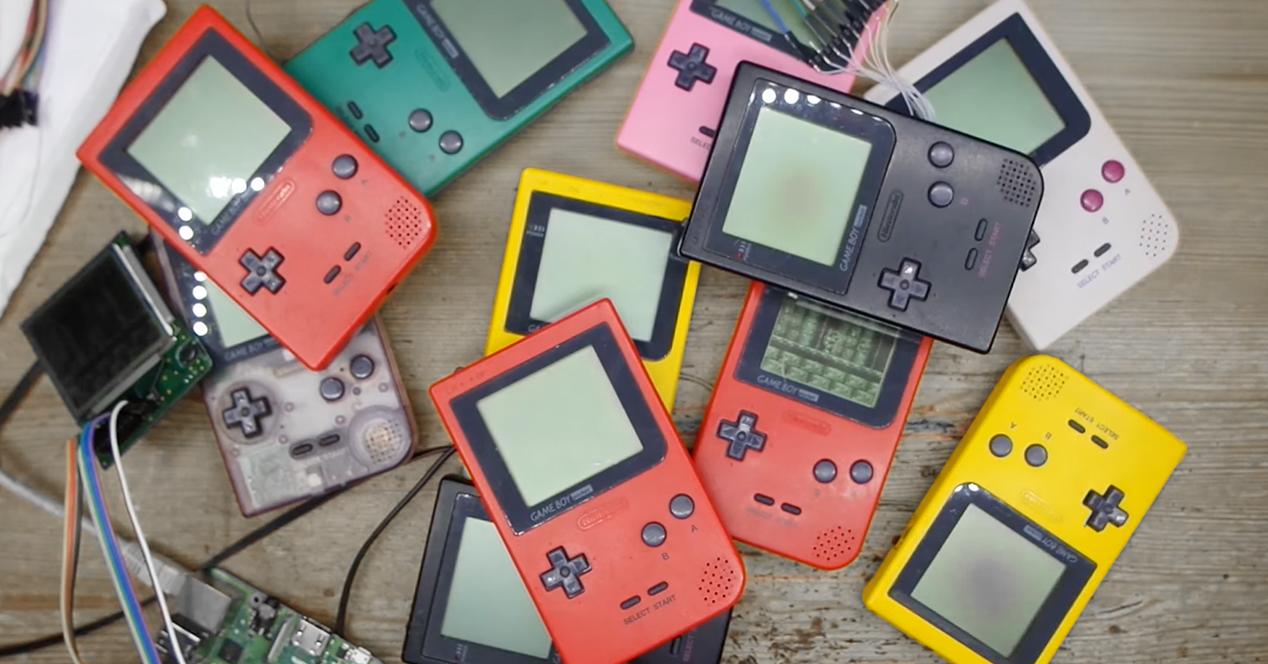 Apparently, the Big N had intentions to launch in 1998 the GameBoy Advance, 10 years after the original console. However, Pokémon would change things. Nintendo had poured a lot of resources into Game Freak’s game—and they had no hope that the monster-hunting game of a couple of geeks who couldn’t code would ever work. Against all odds, Pokémon would triumph at the worst time: the Game Boy was at the end of its product cycle. This is how a new product was removed from the manga: the Game Boy Color. However, in April 1998, months before the launch of the color handheld, Nintendo would exclusively release the Game Boy Lighta backlit version of the Pocket that reverted to AA batteries. Game Boy Color was for many, including this writer, the reason they started playing video games. It was launched in Japan in October 1998 and a month later it was already being distributed all over the world.

This version practically retained the design of the Game Boy Pocket, but it did not inherit the backlighting of the Light —from here we send a greeting to Nintendo all the nineties children who end up with glasses for straining their eyes on the Game Boy—. Probably, it was done for a matter of autonomy. Regarding the processor, the architecture was maintained, but a chip significantly More powerful, a version modified by Sharp that was a hybrid between an Intel 8080 and the Zilog Z80. Once again, this Game Boy blew away its competition, though it may never have achieved the sales levels it did without the success of the early Pokémon games. In fact, the history of Pokémon is highly linked to this console. pokemon yellow it was backwards compatible with other Game Boys, but it looked amazing in color. Later, Nintendo pulled out of the hat the second generation of Pokémon, Gold and Silver, which were exclusive to Game Boy Color. These two titles were launched quite quickly to take advantage of the sales pull of these new Game Boy, delaying the release of the Game Boy Advance a little more.

The jump to 32 bits with Advance It is never late if happiness is good. The Advance finally came out in the year 2001. It would arrive in Japan in March and in June to the rest of the Western countries.

The successor of the Game Boy was passed to the landscape format, gaining in ergonomics – if something characterizes Nintendo’s portables it is for being quite uncomfortable, everything is said. The design was carried out by the French designer Gwénaël Nicolas and his study by Curiosity Inc., which hit the nail on the head, since most of the current portable consoles retain this format.

Inside, the Advance carried a 32-bit ARM7TDMI family processor with RISC instructions for Game Boy Advance games and a Sharp LR35902 for backwards compatibility with 8-bit games. Its TFT panel was 240 by 160 pixelsand, ridiculous as it may sound, it looked huge compared to the Game Boy Color’s small screen.

This console added the L and R buttons, as well as a new connector for the Cable Link. The only major design flaw with this model was again that it had no backlight. In 2003, the Game Boy Advance family took another leap with the SP. A console that kept the hardware of the original Advance, but it was much more compact. For the first time, the Game Boy ditched AA batteries and switched to battery power. Although his strong point was backlight. At last the children of the world could poke Pokémon under the blanket without having to use a flashlight. And we emphasize Pokémon again because they lead the top 3 of the best-selling Game Boy Advance games with Ruby and Sapphire, the first generation remakes and Pokémon Emerald. However, The Game Boy Advance stage was a real wonder, as Nintendo used these consoles to re-release SNES games from the early 90’s on these consoles. The idea was outstanding, because most of the children who owned a Game Boy Advance were not born or were very young when the Big N launched Super Mario World or Yoshi’s Island, which allowed the catalog of these consoles to grow rapidly and their audience objective to see these games as if they were new. The Game Boy Advance SP was made possible by miniaturization. But, apparently, someone at Nintendo did not know how to stop their engineers, who continued to reduce the size of the Advance like Rick Moranis in Darling, I shrunk the kids. The Micro lost the surname ‘Advance’ —although it was an Advance— and also backward compatibility with Game Boy and Game Boy Advance cartridges, since coprocessor removed LR35902 8 bit.

It sold very few units. In fact, in North America, Australia and Europe, this console came after the Nintendo DSwhich made your purchase absurd, even more so considering its price.

This console was nothing more than a test of strength for Nintendo. Demonstrate to its competitors that, despite not doing well in the desktop market with Game Cube, they could make a console just like the Advance SP, but one that would fit in the palm of a hand. It was marketed in various colors, weighed 80 gramshad 5 hours of battery life and maintained a 60 Hz screen. During the next generation of handheld consoles, Nintendo went to great lengths to maintain compatibility with Game Boy Advance cartridges in nintendo ds. Of course, compatibility with cartridges for 8-bit consoles was lost, but the player was allowed to continue enjoying their games in the lower slot of the console.

Thanks to this idea, players were able to transfer their Pokémon from the Game Boy Advance games to Diamond and Pearl for the DS. Also this slot served to give a little more memory to the console with the Nintendo DS Browser, a card that turned the Nintendo DS into a web browser and used a Memory Expansion Pak in the form of a Game Boy Advance cartridge.

Backwards compatibility with the Game Boy Advance was also maintained on the Nintendo DS Lite, a more refined version of the original Nintendo DS. However, this feature was completely removed from the Nintendo DSi and its XL version, which could only run Nintendo DS cards and exclusive DSi games, of which there were very few. 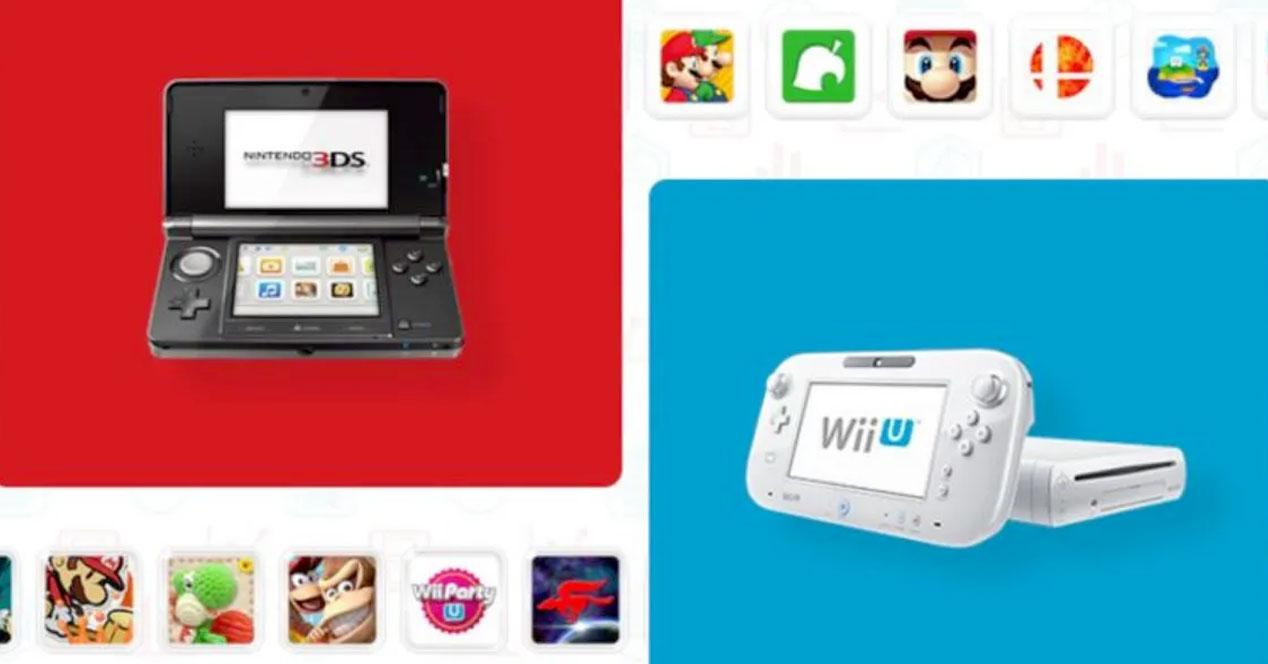 Nintendo currently has unfinished business with Game Boy, Game Boy Color, and Game Boy Advance games. Some of its most successful titles have been released on the nintendo store for consoles like the Nintendo 3DS. Even so, with the announcement in 2022 of the closure of said store for 3DS and Wii U, all that magnificent catalog of video games of the Game Boy consoles is still hardly accessible legally. The only hope we have left is service nintendo switch onlinewhich has already brought back some classic NES, SNES and Nintendo 64 titles, so it wouldn’t be surprising if games from these portable consoles were also included at some point, even if we had to limit ourselves to those titles whose distribution is handled by Nintendo.

The Realme Band 2 is like a rectangular Apple Watch mini

Lost after switching from Windows to macOS? Find your habits with these software