On February 4, 2020, Nvidia made official the launch of the final version of GeForce Now, its streaming game service. With 300 compatible games from launch, it has two access formulas: a first free, which is not so restrictive, and a second paid, sold for 5.49 euros per month for one year.

Until very recently, Nvidia sold its products on an indirect channel. The Californian founder distributed its graphics chipsets to graphics card manufacturers (MSI for example). And it is the latter who market their cards to end users. The Shield range was until now an exception that proves the rule.

GeForce Now is another. In beta since the start of 2018, GeForce Now is a streaming game service (or “Cloud Gaming”) that uses the cloud to play games on any compatible platform. Among these, you will find the Shield TV, of course, but also Android computers and smartphones.

Commercially launched on February 4, 2020, GeForce Now offers to play a catalog of games installed (and updated in real time) on the company’s servers. The user receives a video feed from his part. Thanks to this system, all the power needed to run the most demanding titles does not come from the player’s equipment. Which means that many connected devices are, in theory, compatible. The quality of the service (image definition, refresh rate, responsiveness) will largely depend on your connection.

It is a service that competes head-on with Google’s Stadia, but which avoids certain flaws noted by testers and players, such as the acquisition of a dedicated license for each game, and the obligation to pay for the service. GeForce Now offers a similar experience to PlayStation Now at Sony and Project xCloud at Microsoft, but unlike the latter, each player can only access the games they own (and those that are available for free). Other competitors include BlackNut, Shadow, and Vortex. The economic model is mixed, with a free offer and a paid offer. We go into all the details here.

What is the price of GeForce Now?

The GeForce Now service is available in two offers: one free and one paid. The latter is marketed at 5.49 euros per month. The price of the paid version will change after one year. The amount was not disclosed by Nvidia. But the firm says it will not be more than twice as high as what is being offered today. Or 11 euros per month. 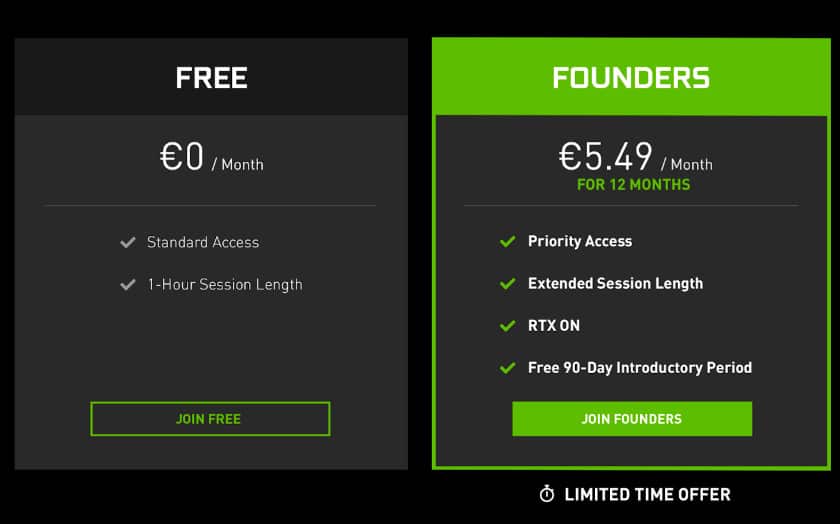 The free service allows access to all the games on the platform, like the players of the paid version. However, there are three restrictions. First of all, free version sessions are limited to one hour. After an hour, the game ends. It is possible to resume it by logging in again. There is no limit to the number of sessions per day.

The paid service unlocks or extends some of the restrictions of the free service. First, ray tracing is enabled. Next the duration of the gaming sessions is reduced to six hours. After six hours, players are disconnected and must reconnect to resume a game. Paid version players do not have no queues and have priority in peak periods.

The subscription is without commitment of duration. A 90-day trial period is offered to every player who wishes to try the services of the paid version and test the limits of their Internet connection.

What platforms are compatible with GeForce Now?

GeForce Now is compatible with many platforms. Theoretically, it is compatible with any system that connects to the Internet, supports Bluetooth game controllers and plays videos in H264 (and soon H265) format. However, first, client software is required to connect to the servers, limiting the list of compatibilities. 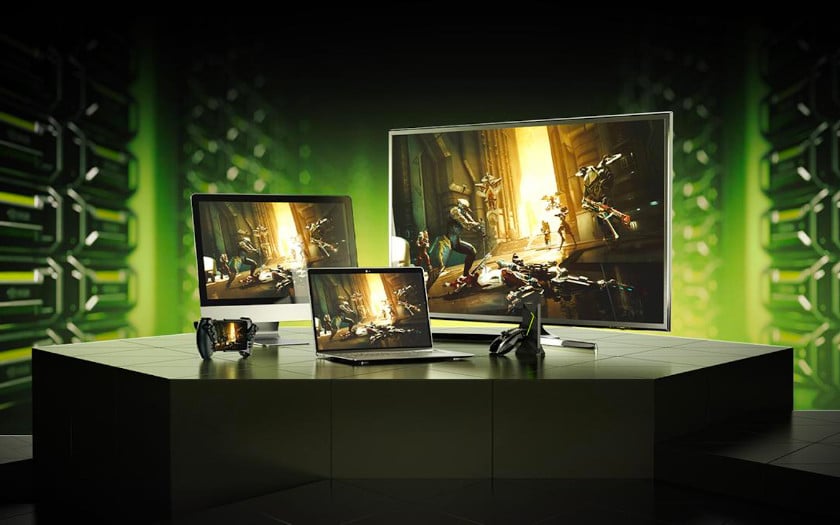 The list of compatible platforms includes some living room decoders under Android TV (including Nvidia’s Shield TV), all recent mid-range and high-end Android smartphones, and computers running Windows and macOS. In early 2022, Samsung announced that its future TVs will also offer the cloud gaming service on their interface. The firm is following in the footsteps of LG, which has been doing the same since 2021.

Chromebooks will be compatible sometime in 2020. And a web browser version is under development to include platforms such as Linux in the list.

IOS devices (iPhone and iPad) as well as game consoles (PS4, Xbox One, Switch) are not compatible.

To connect to the GeForce Now service, players must therefore install client software. The latter, which weighs a hundred megabytes on Mac and PC, allows you to browse the game library, connect to an external online store (Steam type) and register with your Nvidia GeForce Now credentials.

What is the minimum recommended configuration?

The minimum recommended configuration is much less important than that requested by the games, since all the computing power is taken care of by Nvidia’s servers. However, some prerequisites are recommended depending on the type of platform used. First, the Internet connection. It must be at least 15 Mb / s. Then, the connection from your modem and your device must be good: 5 GHz ac WiFi connection or Ethernet cable is recommended. 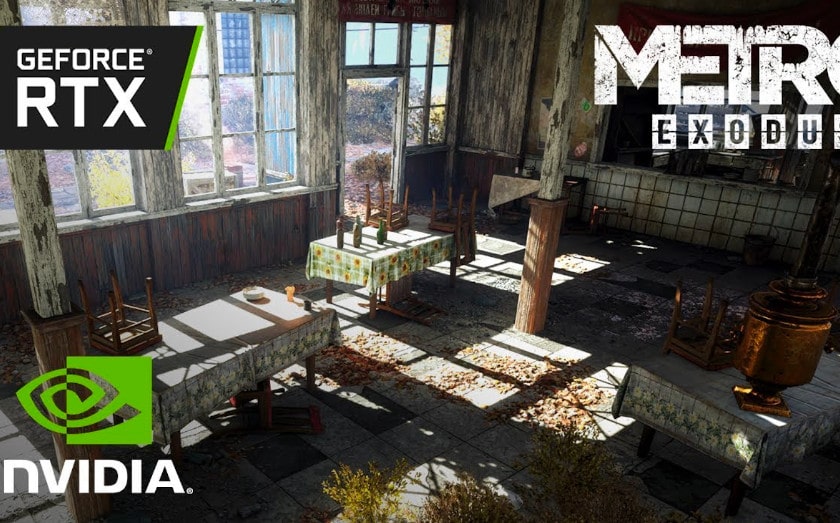 If you are on Android, the smartphone or tablet must run on Android 5.0 Lollipop or higher and have at least 2 GB of RAM. Shield TVs (standard or Pro) released in 2015, 2017 and 2019 are compatible. The use of a controller is obviously recommended. Many wireless models are compatible with GeForce Now. In addition to the Shield Controller, Nvidia lists some on its site from brands such as Razer, Junglecat or even Steelseries.

What internet connection is recommended for playing GeForce Now?

The recommended connection to take advantage of GeForce Now is fiber optic access with a speed of 50 Mb / s. This connection allows you to play all games in Full HD at 60 frames per second without slowing down. With this setting, GeForce Now consumes 10 GB every hour of play.

The GeForce Now client that installs on PC and Mac includes a tool to test the stability and speed of the connection to the servers. At the end of the test, the tool recommends an optimal adjustment according to the results. Note that it is possible to manually adjust the reception quality: optimized, economical or competitive. You can also adjust the display quality yourself.

Finally, GeForce Now servers would theoretically be able to broadcast the games in 4K and HDR, according to Nvidia. But the setting is not activated due to bandwidth consumption reasons.

Do I have to buy the games present in the GeForce Now library? 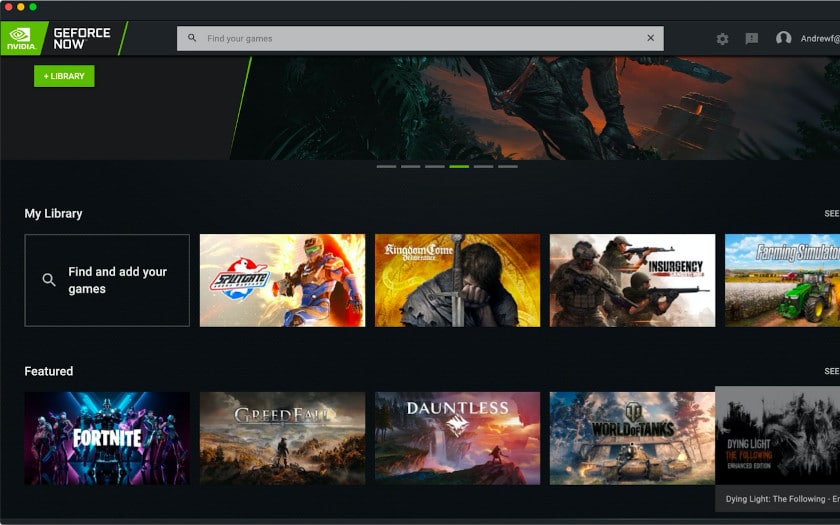 There are two types of games available on GeForce Now: free-to-play titles, accessible free of charge, and paid titles. These require the player to own an operating license. The latter may have been purchased on one of the compatible stores: Steam, Epic Game Store, Uplay or Battle.net.

When the player connects to his GeForce Now account and wishes to launch a game that he has in his personal game library, the platform confirms the purchase from the associated store and starts a game as if it were from his Usual gaming PC.

On Stadia, players must purchase a dedicated operating license for games accessible on the platform, even if they own the same game on a different platform. This is not the case with GeForce Now which reuses the licenses already purchased previously. Note that you can purchase licenses for games that you do not own through GeForce Now. But the game will continue to be yours, even if you cancel your GeForce Now subscription. It will be accessible from the store where the purchase was made.

How many games are compatible with GeForce Now?

Hundreds of games are compatible with GeForce Now from launch. However, we must distinguish between two categories: free-to-play and popular paid games. In the first category, GeForce Now has about thirty free-to-play preinstalled, including Fortnite, Warframe, World of Tanks or League of Legends. 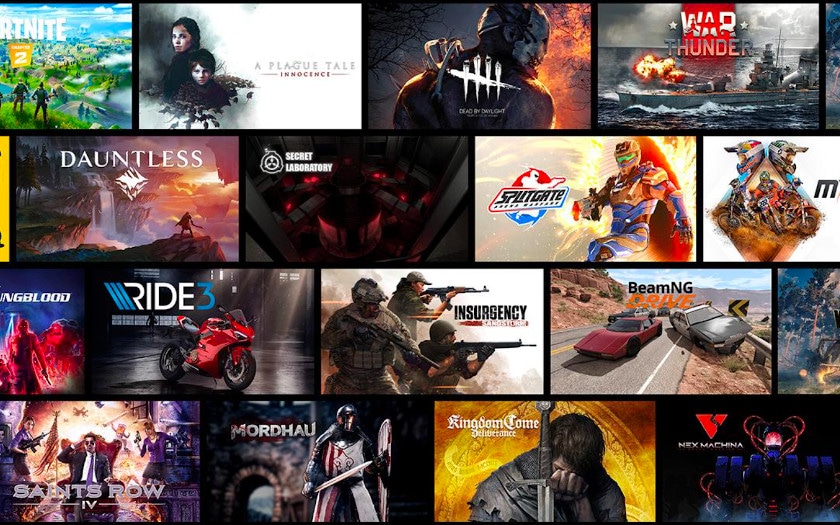 In the second category, service counts over 300 preinstalled premium games, including The Witcher 3, Wolfenstein Youngblood, Deliver Us the Moon, Destiny 2 or Metro Exodus. Games will be added regularly (Nvidia promises new features every week in the premium games category). Some titles are very recent, while others are a little less so. All genres are represented.

Tesla Bot: production of the Optimus robot will begin in 2023