Horizon Chase Turbo racing with a touch of the 80s

There are many car games and although some are considered authentic works of art by the vast majority of users, even those who are not driven crazy by the genre, the truth is that sometimes other proposals are the ones that can reach the most. to be enjoyed.

Horizon Chase Turbo is a game that has been on the market for a few years now and that you may have played on some occasion or seen a little above what it offers if you are attracted to the whole motor world. Still, if this is not the case, it is worth knowing.

The title proposes a driving game with a style that reminiscent of those titles from the 80s and 90s like the Out Run, a classic that marked an era in arcades. And it is that who resisted driving a Ferrari Testarrossa convertible and much less if when you went to the arcade on duty, the version that there was was the one that allowed you to sit in a car simulation of those times.

Well, Horizon Chase Turbo has the same point, only with graphics, despite reminding those of 16-bit consoles, they offer higher quality. In the same way as its soundtrack, without a doubt an aspect that hooks and helps to make the races much more dynamic.

With good gameplay and with the option of being able to enjoy up to four players using the split screen mode, this proposal is ideal for any fan of the motor world. And if you take into account that you can get it for free to play on your Windows PC, then there is little more to say. Well, you can enjoy 12 drinks, for 48 cities, in a total of 111 circuits and 33 cars to unlock plus 12 improvements. And it also has an online mode to challenge your friends. 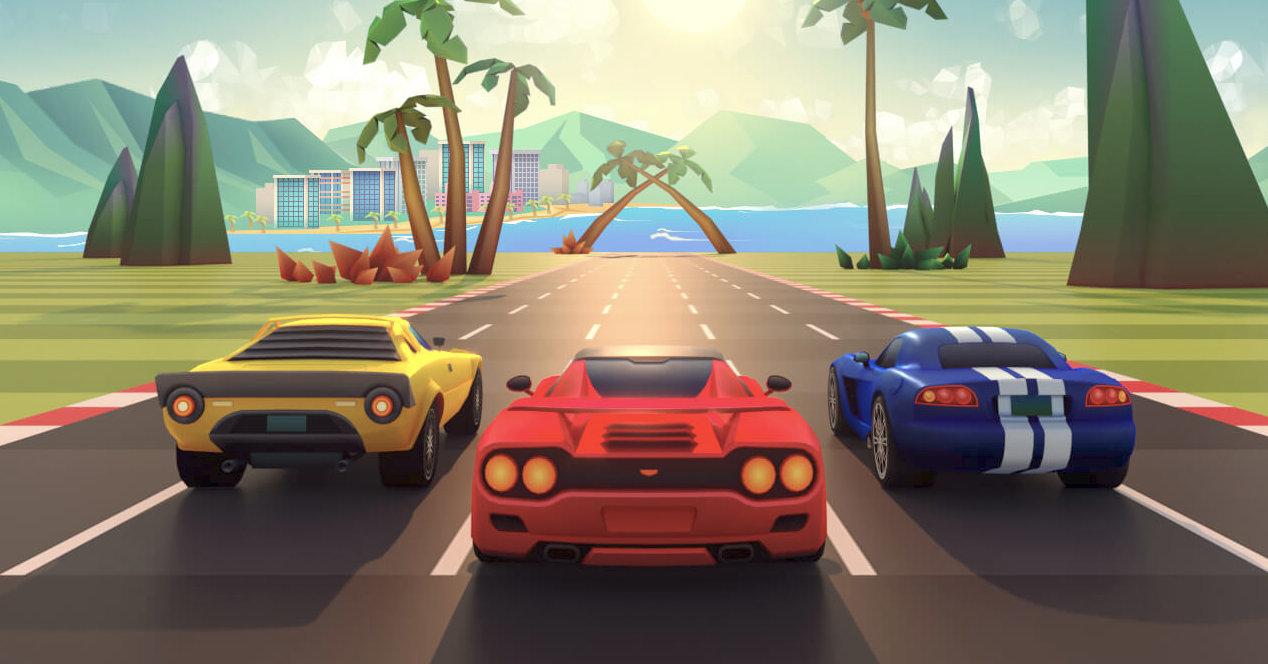 As on other occasions, for download Horizon Chase Turbo completely free of charge you will have to take advantage of the duration of the offer of the Epic Games Store. That is, until July 1, 2021 at 5:00 p.m. you will have to be able to enter the store, give to obtain and do with it without paying a euro.

If you don’t, then you will have to go to the cash register and pay the 15.99 euros that it costs. So do not think about it, because it is still a very proposal to spend the occasional afternoon picnic with friends if they go home or do not know what to play now that we will have some more free time.

Lastly, this game is also available for Android and iOS mobile devices. That although it does not require a very powerful PC in terms of hardware, you may want to play it more on your smartphone when you are away from home or simply while you are lying on the sofa or bed. That’s where you decide. We only tell you that for PC you can get it for free thanks to Epic.

Well, something else, along with Horizon Chase Turbo you can also download for free Sonic mania. Although this title is likely that you have already achieved it before with the odd offer that has been appearing.

Mustang Mach-E: Ford melts the cooldown with this update

Jeff Bezos has a bridge dismantled, Facebook loses a million users, this is the recap