The first thing we are going to do is explain the reasons why these types of tools are used. We will also briefly explain how to create our strong password and some tips related to it to increase security. And then we will continue with the most popular password cracking tools.

As for the reasons why password cracking tools are used, there are generally three:

As for the pentesting tests, we could say that they are the positive part and that they will help improve the security of a company. Thus, a penetration test or pentest could be defined as an attack on a computer system with the intention of finding its security weaknesses and checking what data can be accessed. Afterwards, security flaws discovered through this test are reported to the owner of the system. In this sense, it is positive because it allows evaluating the potential impacts that it could have on a company and suggesting measures to reduce these risks.

On the other hand, the downside is that these same password cracking tools are used by cybercriminals. A good way to protect ourselves would be to use a strong password that must contain:

In addition, other good practices that can improve security include renewing passwords periodically, not reusing them for other sites, and activating multi-factor authentication.

The best tools to crack passwords

An important point is that these tools should only be used in our own infrastructures or in which we have the administrator’s permission. Otherwise it should be noted that it would be illegal.

One of the oldest and still supported password cracking tools is Brutus. In addition, it is free, its first version dates from 1998 and is available for computers with Windows operating system. 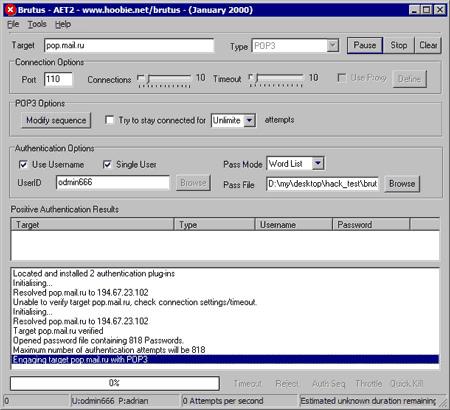 The current version of Brutus includes the following types of authentication: HTTP, HTTPS, POP3, FTP, SMB, Telnet and IMAP, NNTP and NetBus could be added.

Among its functions we have a multistage authentication engine and it allows 60 simultaneous destination connections. It also has a list of passwords, configurable brute force modes and also allows you to pause and resume attacks at the same point where we left off.

The developer of Cain and Abel it is Massimiliano Montoro It is a proprietary program that was distributed for free. It should be noted that its latest version is from 2014 and that it is a product that will not have more updates, although for some tasks it may still be interesting. 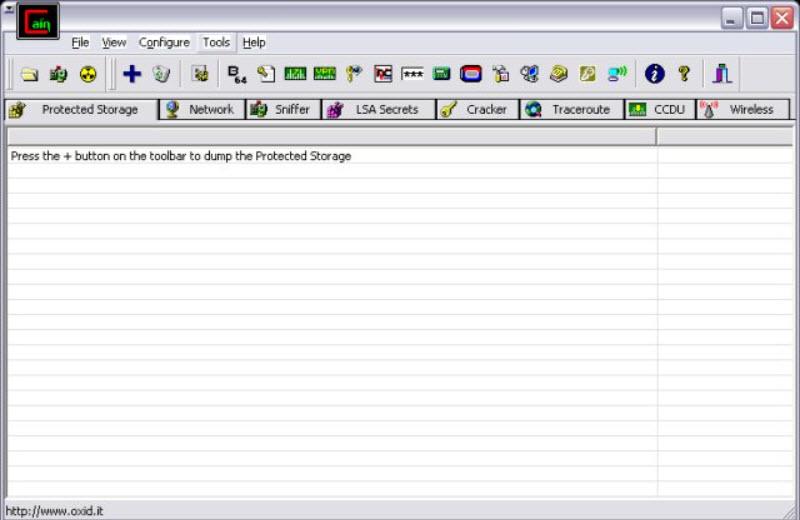 Cain & Abel it is a password recovery tool for Microsoft operating systems. Thanks to it, we can perform an easy recovery of various types of passwords by tracking the network, decrypting encrypted passwords through dictionary attacks, brute force and cryptanalysis. In addition, we can also record VoIP conversations, decode encrypted passwords, recover wireless network keys, reveal password boxes, discover cached passwords, and analyze protocol routing. This program does not exploit any vulnerability, but rather seeks to obtain passwords by conventional techniques.

Another tool to crack passwords is RainbowCrack which uses previously processed tables, called Rainbow, which considerably reduce key cracking time. This program is up to date and can be used on both Windows 7/10 and Linux with Ubuntu. Thus we have Rainbow tables of LM, NTLM, MD5, SHA1, SHA256 and customizable hash algorithms.

It should also be noted that generating these tables takes a lot of time and effort, both human and processor. For this reason there are tables created both free and paid. Thanks to them, it is possible to avoid having to process them personally and thus from the beginning we would have RainbowCrack ready to work.

John the ripper We can define it as an open source password security audit and recovery tool. It should be noted that it is available for various operating systems such as Windows, MacOS and Windows. This software supports hundreds of encryption and hashing types, including for Unix, macOS, and Windows version user passwords. Also comment that it is current and supported software. In addition, we can say that it is reliable since the open source is available to everyone.

Wfuzz It is another of the password cracking tools that we can use. In this sense, this software is designed to carry out brute force attacks against web applications. Thus, it could be used to search for hidden resources on the servers and also to use brute force against login forms and carry out different injection attacks (SQL, XSS, LDAP, etc.) in order to gain access to the server. 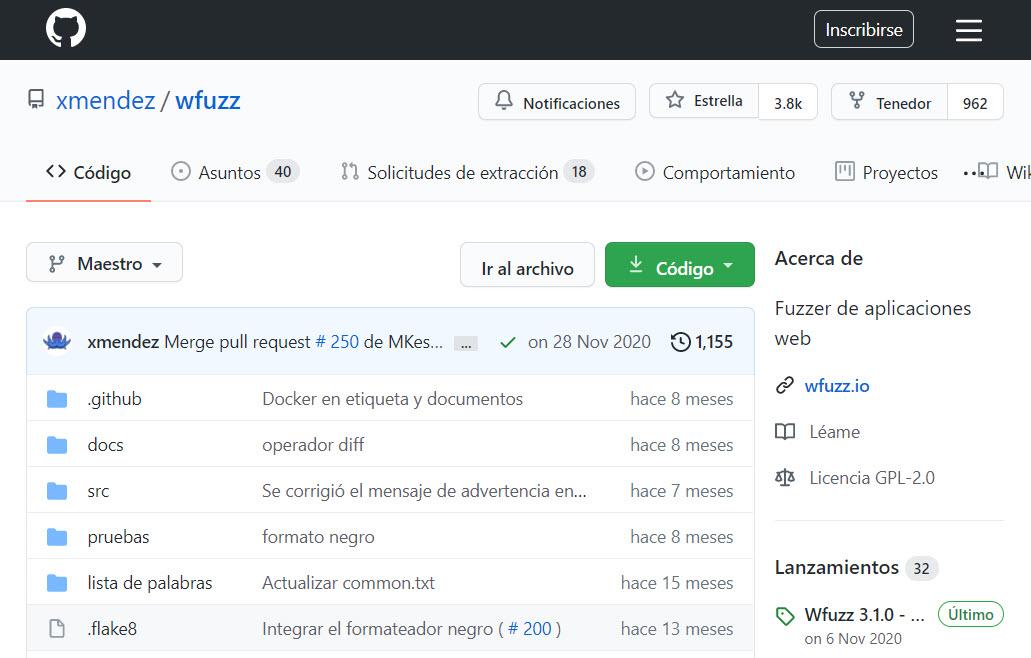 Another positive thing is that it is an updated software. Also Wfuzz is more than just a web content scanner and could be used to:

With Aircrack-NG we get a complete suite of tools for evaluating Wi-Fi network security. This software is famous for being one of the most effective when it comes to cracking and getting passwords for Wi-Fi networks. Thus it is capable of cracking the WEP and WPA PSK (WPA 1 and 2) ciphers. 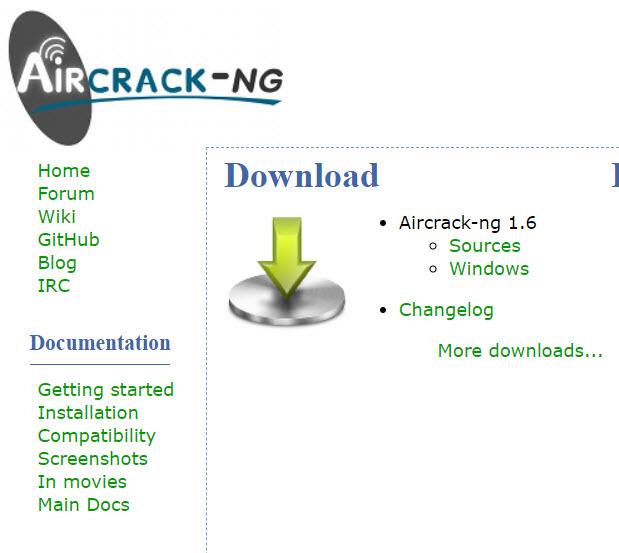 Its way of working is by capturing enough packets and analyzing them and then decrypting the passwords for wireless networks. This program is up-to-date and works primarily on Linux, although it could also be used on Windows, macOS, FreeBSD, and more.

This software hashcat It is one of the best to crack password hashes, it is aimed at reversing the password hashes to obtain the key they hide. It is also compatible with more than 200 different protocols, being able to obtain, through all kinds of techniques, any type of password that we want to guess. 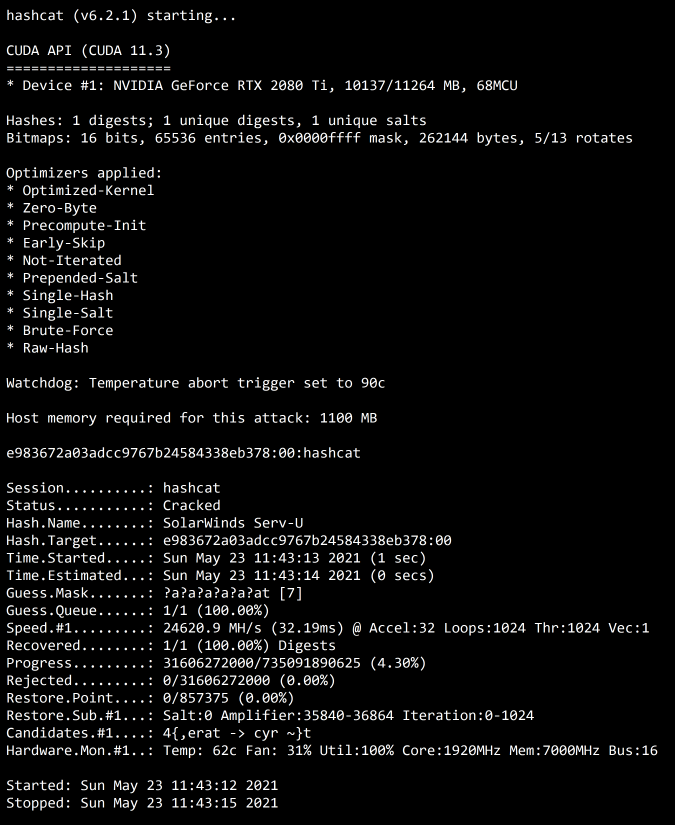 jellyfish is another one of the password cracking tools that we can use to crack passwords. It is a fast login, modular, parallel brute force tool. It should be noted that it supports HTTP, FTP, CVS, AFP, IMAP, MS SQL, MYSQL, NCP, NNTP, POP3, PostgreSQL, pcAnywhere, rlogin, SMB, rsh, SMTP, SNMP, SSH, SVN, VNC, VmAuthd and Telnet.

An important piece of information is that Medusa is a command line tool. That means that to use it we must learn its commands, so it is not easy to use software. On the other hand, its efficiency depends on the network connectivity. Thus, it is capable of testing 2000 passwords per minute on a local network.

OphCrack This is a freeware to crack passwords from Windows based on Rainbow tables. By using this type of tables the tool is very efficient.

In addition, it has a graphical interface and is multiplatform and can be used in Windows, Linux, Unix and Mac OS. On the other hand, it is compatible with free and paid Rainbow tables, and is capable of cracking the keys of any modern Windows, starting with XP. It also has a brute force module for simple passwords.

Thanks to the password cracking tools that we have seen throughout the tutorial, we could perform penetration tests with them.