The presentation of Alder Lake-S has not come alone, first-line manufacturers such as Gigabyte, who obviously had already been working hand in hand with Intel for a long time to prepare their novelties for the new platform, are now announcing and presenting their new components designed to accompany the twelfth generation of Intel Core i. And although we will still have to wait a bit to be able to enjoy the first PCs with this new chip, we can already start to make, even mentally, our next PC.

In the case of Gigabyte, at the end of last week we were able to know its proposal for the Z690 platform in relation to motherboards, one of the star components in recent days, and on which the main manufacturers have a lot to tell us and to teach us. But, of course, a PC is much more than a processor on a motherboard, so behind the boards, come many other components designed to get the most out of the new generation.

And today Gigabyte has added its AORUS DDR5 memory kitas well as his AORUS WATERFORCE line of liquid coolers. Let’s see what each of them offers us.

Gigabyte AORUS DDR5 Memory Kit consists of two 16 gigabyte 5,200 megahertz memory modules with copper and aluminum thermal diffuser with nanocarbon cover. Thanks to this security measure, in addition to the On-Die ECC function for error correction, Gigabyte is able to offer a uniquely high performance, without this resulting in reliability and stability problems as a result of both speed and temperature.

Thus, as you may have already imagined, Gigabyte focuses on both the materials used in its manufacture and the design of the modules allow users to push memory performance to the limit by overclocking, without having to face the risk of system stability being compromised, something in which the DDR5 XMP Booster and XMP 3.0 User Profile functions also play a key role. 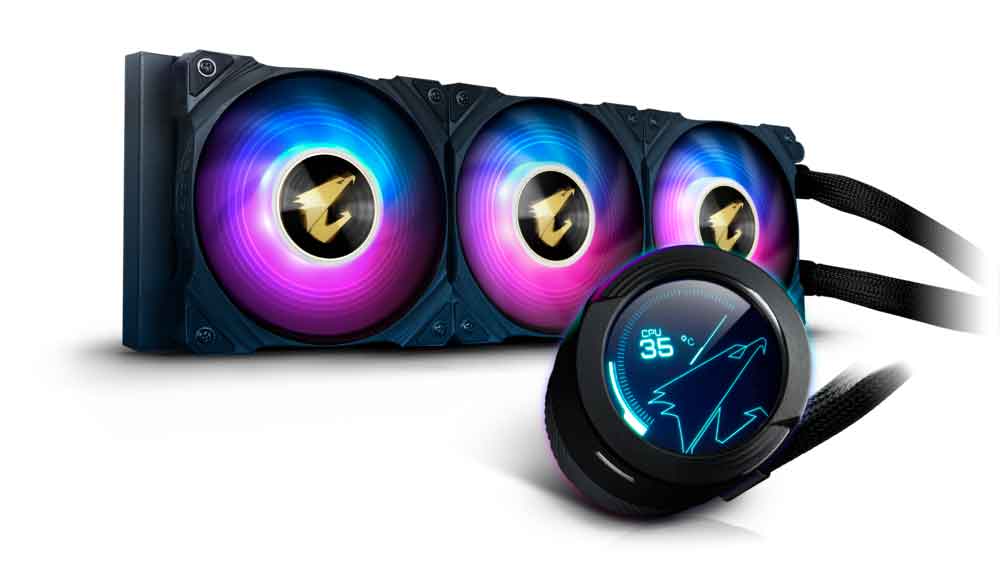 As for the Gigabyte AORUS WATERFORCE and AORUS WATERFORCE X series liquid cooling systems, They have specific supports that allow anchoring in computers with the new LGA1700 socket, the own of the twelfth generation Intel Core. In addition, its design with a tube with a larger diameter (it has gone from 5.1 millimeters to 7.8 millimeters), provides a greater flow of liquid (up to 37%) that provides the necessary cooling even for processors with a TDP and that, therefore, they have greater needs in this regard.

As proof of this, Gigabyte’s cooling systems for Alder Lake-S have undergone the Prime 95 non-AVX stress test on all P-Core 4.9 GHz and E-Core 3.7 GHz cores thanks to Turbo Boost Technology. By passing it, they have shown that its efficiency allows it to pass this test even with an Intel Core i9-12900K processor, the most powerful of the Intel Core chips seen so far, and whose performance has once again placed the company in the lowest rung. top of the podium when it comes to performance.

These are the Gigabyte liquid cooling systems compatible with LGA1700: