The scenario is between dantesque and worrisome, perhaps both states at the same time, but the market is going towards the maximum performance with the best efficiency, but… It is not always like that. The best example we are going to have in the GPUs, since the 5 nm of TSMC (as we reported more than a year ago) is not going to be the panacea that many predict and if we add to this the monolithic architecture of NVIDIA … Gives us a RTX 4090 where its consumption shoots up to 550 watts.

If we look back we will see that although the power of the GPUs has increased a lot, rather a lot, consumption has also escalated vertiginously. The fault lies with two differentiating factors and a situation that we have not experienced for a long time, where both AMD and NVIDIA, as well as TSMC and Samsung are to blame, and we are going to suffer it (the fault) in the RTX 4000 and RX 7000.

They are the three factors that explain what in just one year we are going to have on the table, we will not extend too much because we treat the issues independently, but it is convenient to put them together and explain them to understand what NVIDIA is going to put on the shelves. The first factor, the competition, is obvious: AMD is a serious threat to NVIDIA and with Intel entering the market you have to put everything you have to the limit to win the battle.

The second factor, the lithographic processes, specifically the 5 nm of TSMC that will be used by both companies. Advanced, yes, expensive, of course, optimal, not at all. N5 It is a step forward in efficiency, density and perhaps in performance, but if you mass it in large dies, what we find is a very expensive piece of silicon that does not compensate for the jump taken and that is its main problem. Apple is “suffering” with its new SoC paid at the price of gold, NVIDIA and to a lesser extent AMD already know what they are exposed to.

The third factor is technological in terms of architectures. AMD is going to bet on MCM in a much more intelligent movement than NVIDIA, while the latter do not have the architecture that will support several dies ready, which explains the reason for this news and which we will discuss next. 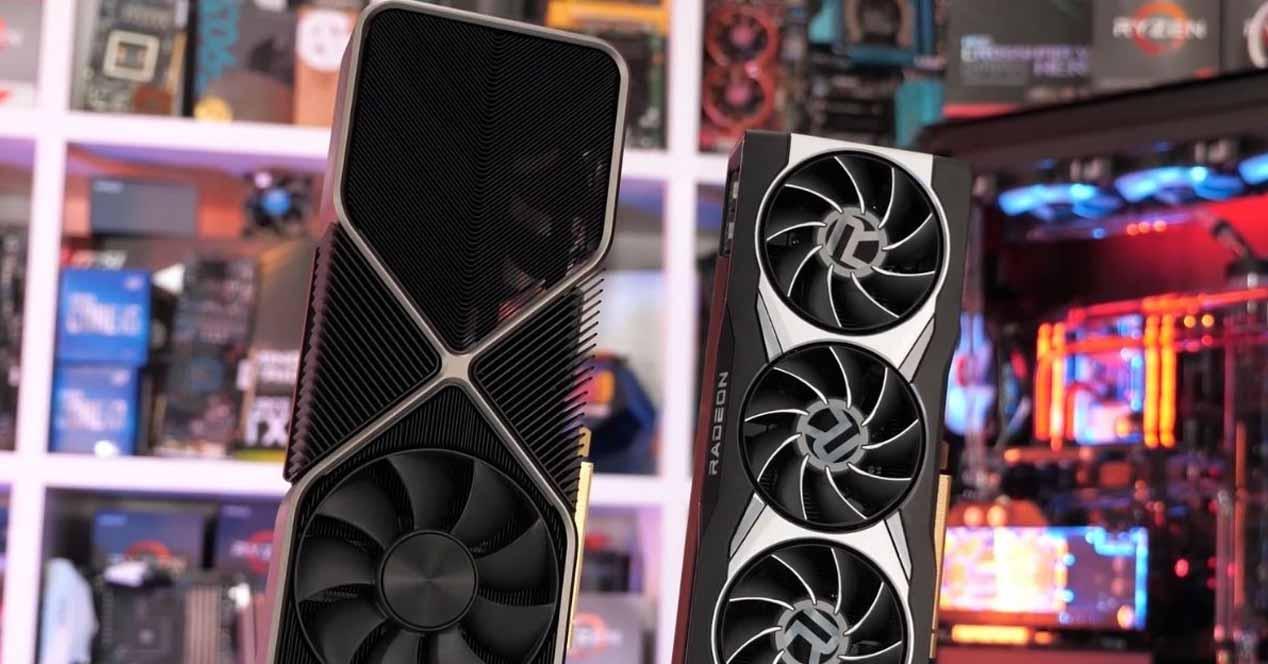 If the 350 watts of the current RTX 3090 and the 480 watts that they get to consume with overclock they seem like a barbarity, hold on to the chair, because the rumors of the previous 450 watts remain a mere anecdote apparently.

To say first of all that you take a little salt for the following, because we are in the middle of the field of rumors and speculation, so let’s get to it. Ada Lovelace will have a TGP (eye, not TDP) that shall not be less than 550 watts, that is, it will have at least 200 watts more at this value than the current RTX 3090.

Why has this been revealed now? Much has to do with the publication of the 600 watts PCIe 5.0 and the connector 12-pin M-Molex which we saw last week and thus paved the way for this leak. Truth, lie or reality? We know that the die is going to be gigantic, that it will go to the limit of the frequencies and that they will almost double the number of Shaders, all in a monolithic die and with the competition of the Navi 31 blowing from behind and whispering in the ear.

If the leaks are true AMD will achieve more than 150% compared to the current RX 6000, so NVIDIA cannot afford what previous generations have achieved: relax performance and consumption as well as create economically profitable chips. Now everyone is going to the limit and this leads the node of yore to a not very contemplative scenario in size and efficiency, as well as in temperature. We’ll see… Go also preparing your pocket for 1500 watt PSU at least for your new PC if you want a TOP GPU.