God of War Ragnarök is one of the most anticipated games of this early generation of the PS5. But many questions remain unanswered about the exclusive PlayStation title: when will it be released, can we play it on PS4, what are the gameplay developments and what is its plot? Questions that we try to answer in this summary.

Released in 2018, God of war was one of the PS4’s biggest hits. The title has won an incredible number of awards (including the game of the year at the Game Awards) and was able to reconcile the players with the license thanks to a revival instilled by the developers of Santa Monica Studios. Players are now eagerly awaiting the continuation of Kratos’ adventures.

📅 When is God of War Ragnarok released?

The release date of God of War Ragnarok had been teased by Sony in the fall of 2020, which then hinted that the game would be available in 2021. But God of War Ragnarok has finally been postponed to 2022, recently communicated Sony, which explains its choice by the desire to deliver a game that is as polished as possible, without exhausting the development teams and resorting to crunch.

At the moment, we have no specific date. However, the PlayStation Store database points to a September 30, 2022 release. Chances are that this is an indicative date, but that Sony is still aiming for a release window around September 2022.

🕹 Is God of War Ragnarok available on PS4?

“We believe in generations”Jim Ryan said a year ago before the launch of the PS5. He then explained that, very quickly, PlayStation first party titles would only release on PS5, because these would be designed in such a way as to benefit from new features and better performance than the older generations can provide. A communication that went against the ideology of Xbox, which promised for its part that the titles developed by its studios would be released on Xbox One and Xbox Series for at least two years. 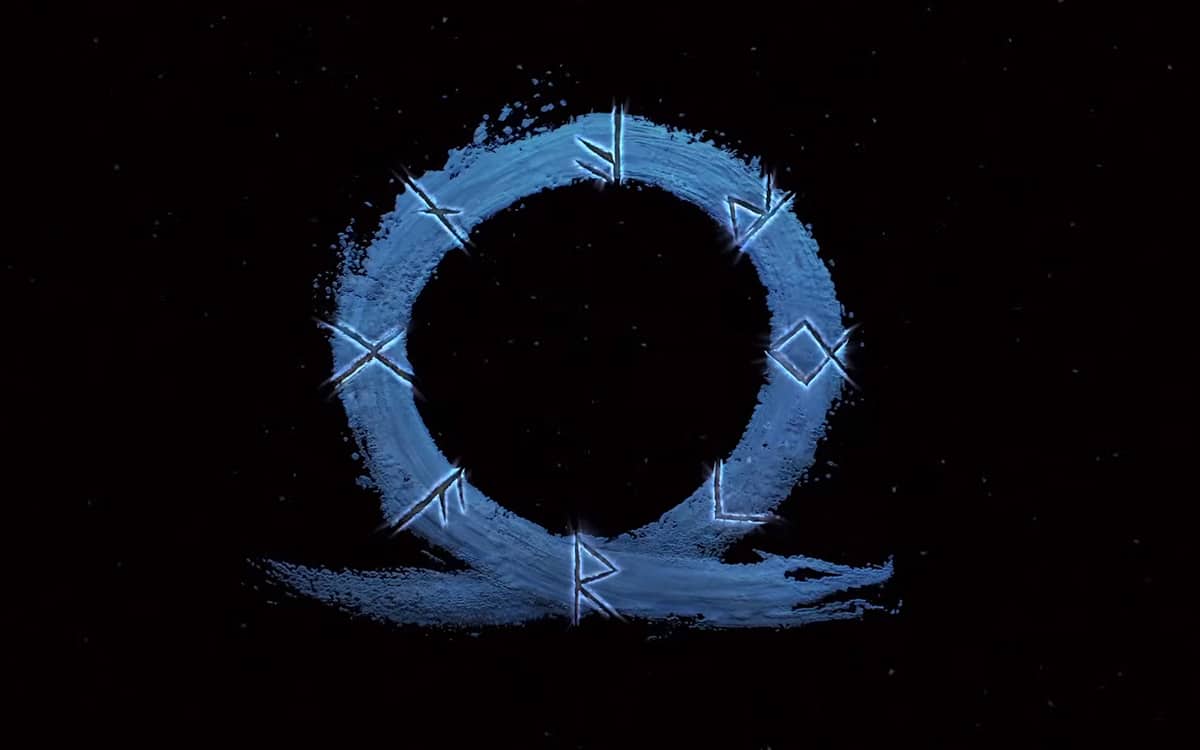 Sony had also announced in September 2020 that God of War Ragnarok would be a PS5 exclusive. To contradict yourself 9 months later, since it’s official, God of War Ragnarok to be released on PS4 and not just on PS5. The Japanese manufacturer justifies himself by saying that he could not afford to give up a park of 110 million PS4, either from the point of view of the players, while the PS5 is still out of stock, or from the point of view. from an economic point of view for Sony, which would sell far fewer copies of the game if it remained a PS5 exclusive.

Sony will not be allowed to make mistakes, and the version for PS4 and PS4 Pro will have to be optimized with little onions to avoid criticism and anger from users. The Japanese publisher cannot afford to release a God of War Ragnarok that would go wrong on PS4, while still refusing to sell the PS4 version of Cyberpunk 2077 on its PlayStation Store due to performance issues seen on the old one. gen.

What will God of War Ragnarok look like and what will the gaming experience be like? In all likelihood, the gameplay of the 2018 opus will be largely repeated. It can be assumed that some aspects will obviously be improved. We will therefore not be faced with a major upheaval in the saga, as the previous part had done. 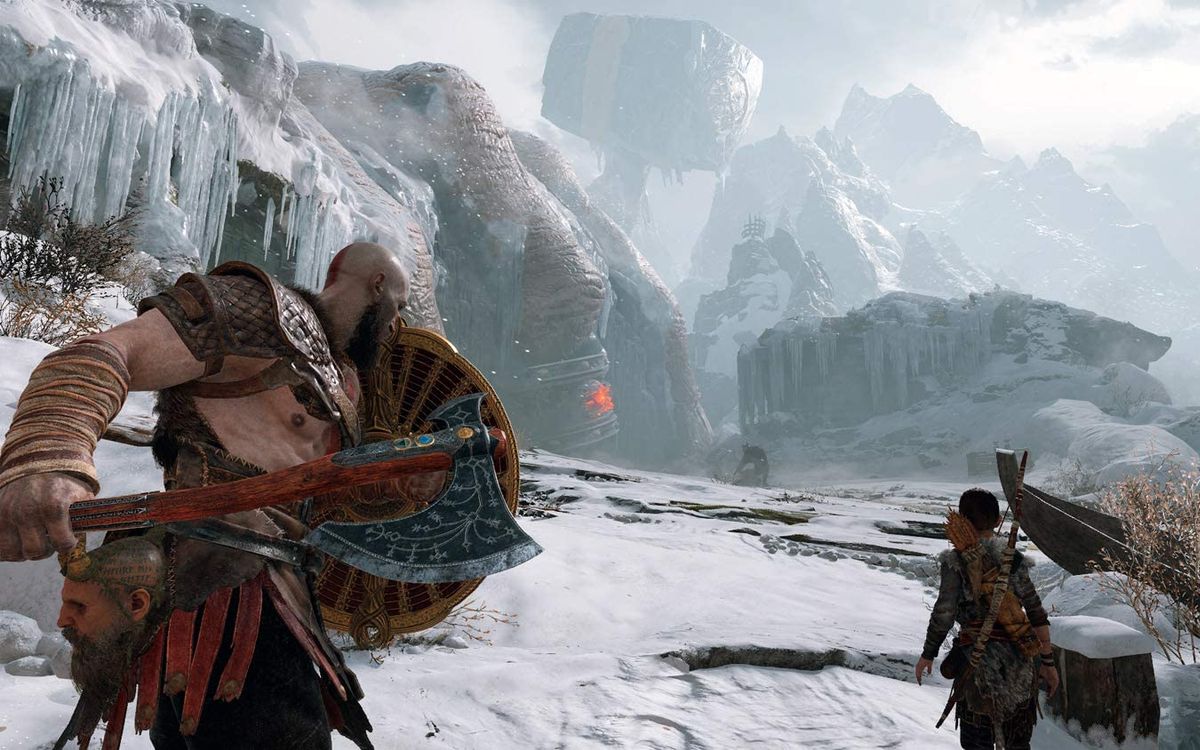 Regarding the scenario, the very first trailer of the game allowed us to learn more about this point. Yes, Kratos and his son Atreus are still hunted by the Norse deities, particularly determined to seek revenge after losing one of their own. The boy has visibly grown up, suggesting that there is some time between the two episodes. Still, we find familiar characters from the first opus such as Mimir, the dwarves Brokk and Sindri or even Freya, once wife of Odin. And incidentally mother of Baldur.

Let us recall, moreover, that in Norse mythology, Ragnarok refers to a end of the world prophecy, comprising a three-year sunless winter, natural disasters, and a grand battle in which gods, valkyries and monsters must clash. In fact and as the name of the title indicates, the Nordic adventures of Kratos will end with this episode.

Indeed, Cory Barlog, producer of this opus, confirmed the thing during an interview on YouTube. According to him, two games are more than enough to conclude the story of Kratos and Atreus, and opting for a third game would have stretched the narrative too much and would have cost Santa Monica Studios way too much time.

After a long period of food shortage for players who had to settle for a simple teaser, Sony unveiled the first official trailer for God of War Ragnarok during a new State of Play this Thursday, September 9, 2021. As said more high, we find Kratos and Atreus still pursued by the gods.

If the trailer allowed us to see some well-known faces, it also lifts the veil on new key characters like the giant Tyr, or the formidable Thor and his hammer. On the gameplay side, players will evolve in familiar territory, the Leviatan ax and the blades of Chaos always being in the game. However, there is a certain unprecedented verticality in the fights, since Kratos seems to have new abilities that allow him to send his opponents high in the air.

Regarding the environments, everything seems much more varied than on the first title. Which can be explained by the fact that father and son will have to travel through the different realms of Odin to find a way to prevent the Ragnarok. The title is still scheduled for release on PS5 and PS4 in 2022, at a date still unknown.

God of War 2018 is out on PS4 and many of you have already done so. If this is not the case, do not panic, there are several ways to access a remedial session. If you have a PS5, the game will logically run on the Sony console. It even benefits graphics improvements and is 4K / 60fps compatible. The title is also included in the PS Plus Collection, which can be downloaded at no additional cost if you are a subscriber.

If you don’t have a PS5 yet, don’t panic. God of War is coming to PC in January 2022. It will therefore be possible to play Kratos on your machine. Sony has in fact taken to the habit of wearing its greatest hits on Steam for some time, which is not to displease us.