The BSOD has been accompanying us since the first versions of the operating system. Of course, it is true that less and less appear in operating systems and it is no longer as common to see them as it was, for example, in the era of Windows 95 or Windows Me. In addition, Microsoft has a variant of the blue screen of death that, instead of blue, is Green color. This is the one that appears in the Insider versions of Windows 10 in order to differentiate the critical errors of these trial versions from the errors of the final versions of the users.

Now that Windows 11 is among us, users have begun to analyze all the changes that the company’s new operating system brings. And one of the most curious is change in BSOD, since the B no longer corresponds to “Blue” (blue), but has now been changed to “Black”.

YouTube user Martin Nobel explained how to force a screenshot in Windows 11, despite the protection and recovery measures that the operating system has. After deleting a system critical executable (smss.exe) and restarting the computer, the system throws a critical error. But, as we can see, it no longer appears blue, nor green, as it could appear when it is an Insider compilation. If not than now it is black. 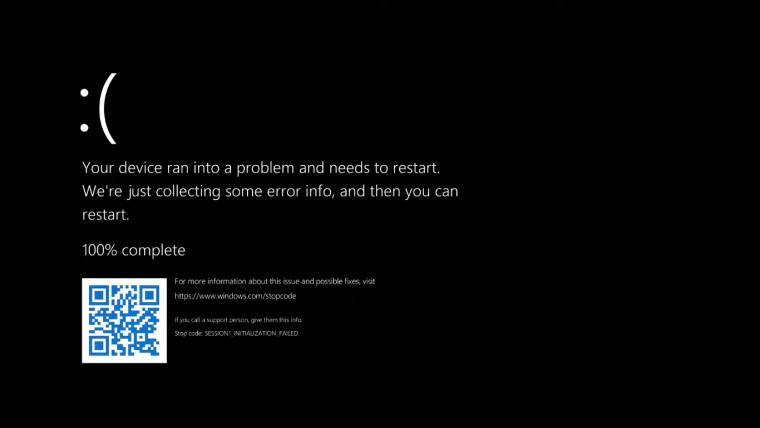 As we can see, the content of the screenshot is the same as always. We can see a message that tells us that a critical error has occurred and that information is being collected, who has caused the error and a QR that allows us to go directly to Microsoft help to try to solve the problem. The typical sad face in the screenshot. The only different is the color of the background.

At the moment it is impossible to know if the blue screen will change for everyone when Windows 11 sees the light of day, or if it is just a temporary change. It would make sense if we consider that the blue BSODs are for the final versions of Windows, and the GSOD (the green one) for the Windows 10 Insider. In this way, the black screen would differ from the others by corresponding to a version of Windows 11.

Whatever color it is, it is best to find as few of these as possible.

Is it bad to leave a wireless device connected to a powered off PC?

Record your own gameplays like a professional with these programs

Do I have the latest version of Excel? This is how you check it