It’s been a while since Google announced its intentions to make Manifest V3 become the reference specification for Chrome extensions. Although the company promised improvements in aspects such as security, it is accused by many of being an attempt to put an end to ad blockers and trackers. However, possibly due to criticism and the refusal of some to leave Manifest V2Google has announced an extension of support for the latter.

Google intended to end Manifest V2 in January 2023 for home users and in June of the same year for enterprise support, but in a post on the Chrome Developers Blog, it announced a change to make the transition. calmer for users and give developers “the information they need, with enough time to transition to the new version of the manifest.”

The Mountain View giant has detailed dates, versions and channels through which Manifest V2 will end, which have now been defined as follows:

We’re getting into a bit of a swamp here where Google isn’t very clear on when it will end extensions based on Manifest V2, but apparently it has given them another year of life or at least six more months for ordinary users. From June 2023 they will not be publicly visible and in January 2024 enterprise support will be removed.

To the apparent postponement of the end of cycle of Manifest V2 is added the announcement by the company to improve Manifest V3 and incorporate changes based on the feedback generated with the community and developers. Does that mean a rectification by Google? Knowing how the company spends them, you have to be very daring to answer in the affirmative.

These changes to the plans to end Manifest V2 sound like an attempt by Google to play for time, but don’t get your hopes up, as Manifest V3 will eventually prevail to fully replace the previous version of the spec.

The rejection by Manifest V3 is a topic that comes from afar. The Electronic Frontier Foundation said of her in 2021 that “still harms privacy, security and innovation” after Google introduced a series of changes, while Opera, Vivaldi and Brave announced that they will keep the main features of Manifest V2 that will be removed (at least for now) in the third version of the specification. Mozilla, for its part, announced that it will adopt Manifest V3, but in its own way so as not to harm blockers.

We will see how events unfold. The most disturbing thing here is the position of chrome in general and Chrome in particular. The second is by far the most used web browser in the world and the first is the most used when it comes to doing derived browsers, which will have to be seen to what extent they can resist Google’s decisions. This leaves Firefox as the only real alternative, with the permission of a Safari that is not officially lavished outside of Apple.

Google already had to back down with the controversial FLoC, a good idea that was intended to be very poorly executed for obvious reasons (that everything would revolve around the interests of the company), and although that leaves a door open to hope With Manifest V3, the wisest thing to do with this topic is to be bearish.

New Philips bulbs have WiFi and the competition at home 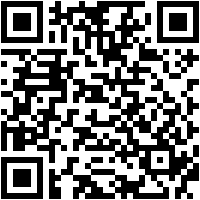 7 console and PC games that have an identical mobile version

OPPO Find X5, the high-end takes a leap in terms of image and design