After a few months since the last rumors and leaks we finally have new news about the possible first Google smartwatch with Wear OS, which still under the possible name of Pixel Watch, now aiming for a close release dated next year, as well as the addition of some premium features that would guide it to compete directly with the Apple Watch.

This has been shared by Business Insider, who assure that sources from anonymous company employees They have shared various information that Google is preparing to launch its first smartwatch under its own brand in 2022. Information that, as always, has not been confirmed or commented on by Google.

Renamed again bass the code name ‘Rohan’, It seems that this smartwatch will maintain the design advanced during the last years for the Pixel Watch, with a round sphere with smooth edges with the only presence of a physical button on the right side. Although undoubtedly the most impressive thing about it will be its screen, with a virtually borderless panel that it will even occupy a small portion of the lateral curve, offering a really wide playing surface. 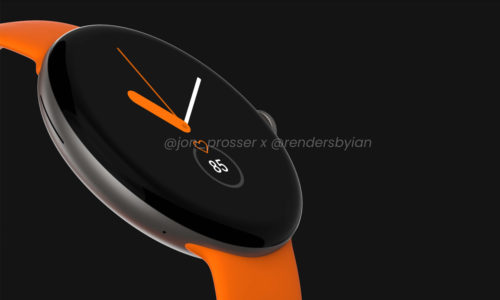 Unfortunately, once again these leaks have once again obviated new details about its possible technical section and the internal specifications of the smartwatch. Although given this new more competitive orientation, everything indicates that Google will undoubtedly choose to equip the latest Snapdragon Wear 4100 SoC. However, there are already some who point to the possible integration of an own processor, with a retouched version of the Google Tensor for mobiles.

Although the filtered details do include the presumed presence of some basic functions and sensors for health monitoring such as heart rate or sleep monitoring, as well as more advanced ones such as blood oxygen measurement, the presence of some proprietary bands, mobile connection, and possible integration with some of Fitbit’s special features. On the other hand, it would be expected that we will see other special functions such as greater integration with Google’s own ecosystem, in the same way as Apple devices.

Regarding its operating system, unsurprisingly, this watch will have the latest version of Wear OS by Google, perfected and re-popularized recently after the purchase of Fitbit and the new agreement with Samsung to combine it with Tizen OS, which have allowed the system to improve greatly.

Thus, only time will tell us what this Pixel Watch will finally be like, with great expectations about this first wearable device from Google. A wait that will at least be lengthened until spring 2022, date to which the rumors point, but that could still be subject to changes and delays. And is that with such ambitions, the comments of the testers will undoubtedly play a critical role in determining when this smartwatch will hit the market.

UltraRAM will merge RAM and storage into a single component

The free PlayStation Plus games for August leave no surprises