Very few manufacturers can say that they are used to the consumption that a GPU can offer. These are the ones who have spent years creating graphics cards for overclocking, so they know how to work with components and PCBs up to about 2000 watts. The problem is registered by the other manufacturers, because as we well know the RTX 3090 Ti will consume 450 watts and the RTX 40 will presumably go to higher figures and this implies problems that we are going to see below.

The 16-pin + 4-pin 12 VHPWR connector and its compatibility

There are two completely different things to consider here. One is the original PCI SIG standard called 12VHPWR, that is, who defines the standard, and another is the 12VHPWR connector that NVIDIA mounts on the RTX 3090 and that will reach the RTX 3090 Ti.

The NVIDIA version and the PCI SIG version have 16 pins, but the green team does not have all 4 pins S1, S2, S3 and S4 that detect the power limits allowed by the connector and its maximum power. This is the true PCIe 5.0 standard for its connector and this is creating controversy everywhere with power supply manufacturers and GPU manufacturers. 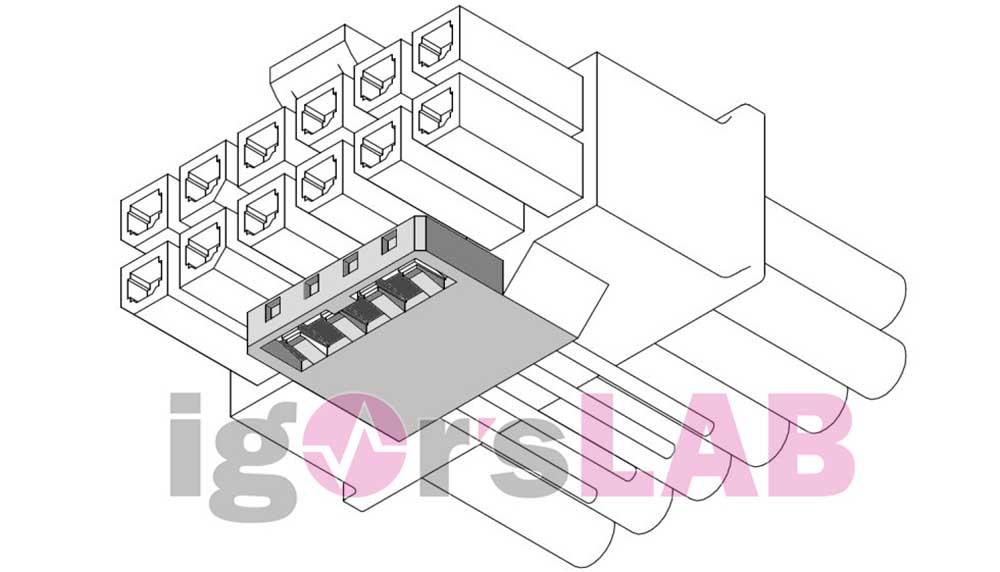 ASUS has had to rename the features of its new Thor power supplies and its 600-watt PCIe 5.0 cables (12VHPWR Ready, PCI SIG version) at 450 watts for the NVIDIA 12VHPWR standard, because as we say, the connector of the sources does not integrate the 4 auxiliary pins. That said, what about the RTX 3090 Ti? Well, it looks like a graphics card for manufacturers to experiment with what is to come with the RTX 40 and… They are not ready.

New NVIDIA PCB, PWM Controllers, and the Makers of RTX 40 Since the NVIDIA connector only supplies 450 watts at most (it could give more if required like any traditional 8-pin connector, but that’s where the stability and power of the PSU comes into play) the 75 watts of the PCIe and the motherboard seem like insufficient mainly because the 12V line is overloaded and its 6.25 amps (safety limit 5.5 amps) NVIDIA is having to allocate more load to the 12VHPWR connector under its standard and this has been transferred to the manufacturers for the current RTX 3090.

This is creating major electrical issues on your PCB (hence there is a new version for the RTX 3090 Ti exclusively, PG136C) so the problems that the new graphics card is going through are greater because the voltage converters have to be increased and also the GPU capacitor system that is so criticized and controversial at the output of the RTX 30 has to be redefined for the RTX 3090 Ti.

And here the final problem. If the manufacturers have immense problems to work with 450 watts in a stable way (the problem is the frequency and the temperature, with LN2 logically everything changes completely) to the point that NVIDIA has called for order and review.

How do you expect to work with the 500+ watts of FEs on the RTX 40? The manufacturers, removing 3 specific ones, we know that they are not going to be able to manage this and the RTX 3090 Ti looks like a initiation test for what is to come. It’s a practical lesson everyone needs to learn if you don’t want to run into high RMA rates on the RTX 40.

What is certain is that this will drive greatly improved cooling systems, state-of-the-art electronic components and new generation PCBs, which will raise the prices of graphics cards for the performance race without looking at the consumption they are in. wrapped AMD and NVIDIA.

Add and edit texts to your photos, and give them an effect, with Photoshop