To connect a personal computer to a display screen and feed it with content, we need to use one of the interfaces standardized by the industry. Although there are older ones such as DVI or VGA and other more modern ones such as USB Type-C, the two most advanced and popular today are HDMI and DisplayPort.

Whether we connect the PC to a television or to a computer monitor, the main objective is to transport video and audio content in the best conditions. HDMI and DisplayPort are advanced standards that serve all kinds of uses, but which one is more suitable for the demanding world of PC gaming? We try to answer a question that many users ask.

High-Definition Multimedia Interface it is a standard that the industry implemented to replace the old Scart. Allows use of HD video, encrypted and uncompressed, plus multi-channel audio also uncompressed in a single cable. Other benefits include features like HDMI-CEC (HDMI Consumer Electronics Control), which lets you control numerous devices with one remote. Its focus is clear and beyond its use on PCs, it is the interface of choice for multimedia devices connected to large screens such as televisions.

The standard HDMI connector is type A and has 19 pins. Type B, with 29 pins, allows to carry an expanded video channel for high resolution screens. They are available in full-size (Type A), mini-HDMI (Type B), and micro-HDMI (Type C). A clear point in your favor is its massive extension as you can find it on any type of device.

Among its disadvantagesNote that their connector is less solid than previous screen standards (such as VGA) and they are more likely to be accidentally disconnected and with it physical or electrical failures. Another criticism is the incorporation of a digital content protection (HDCP) as a manager of “digital restrictions”, which prevents copying of the content transmitted by the user.

HDMI has received numerous revisions since its inception in 2002. The most widely used versions today are 1.4 and 2.0. This has corrected the bandwidth limitations of previous versions up to 18 Gbps / s, to reach 60 FPS in 4K and 144 Hz in 1080p. HDMI 2 also includes important advantages in other sections, support for high dynamic range (HDR) and support for color depth, up to 10 and 12 bits. This version has maintained compatibility at the wiring level and the previous ones can be used to obtain their benefits.

HDMI 2.1 was the last version of the standard to appear and marked a turning point in the standard by increasing the maximum bandwidth to 48 GB/s. This allows you to access resolutions 8K and 10K at 60 Hz and at 120 Hz in 4K. In addition, in this version the dynamic HDR is available for all resolutions and has other features such as variable refresh rate, enhanced audio return (eARC) and support for Dolby Atmos and DTS: X. Although it was introduced in 2017, it has not yet been widely deployed.

Comment that a new version has already been announced, HDMI 2.1a. It includes a new feature called Source-based tone mapping (SBTM for short) which is an enhancement of HDR dynamic range technology that allows the video source (either a PC or game console) to handle HDR tone mapping on a display screen such as a monitor or television. And we mention it because it is a feature focused on video game execution, since it should allow devices to combine HDR, SDR and dynamic HDR graphics to create the images that developers program.

DisplayPort was the last major display interface standard to hit the market. Proposed by the VESA organization in 2008, it was specially designed for content transmission (video, audio and data) between a PC and a monitor or multiple. Its connector has 20 pins (32 in internal connectors for laptops) and has a small mechanism to ensure its fit in devices. As in HDMI, you can find connectors full size or reduced in size (with the same features) Mini DisplayPort (MiniDP or mDP). 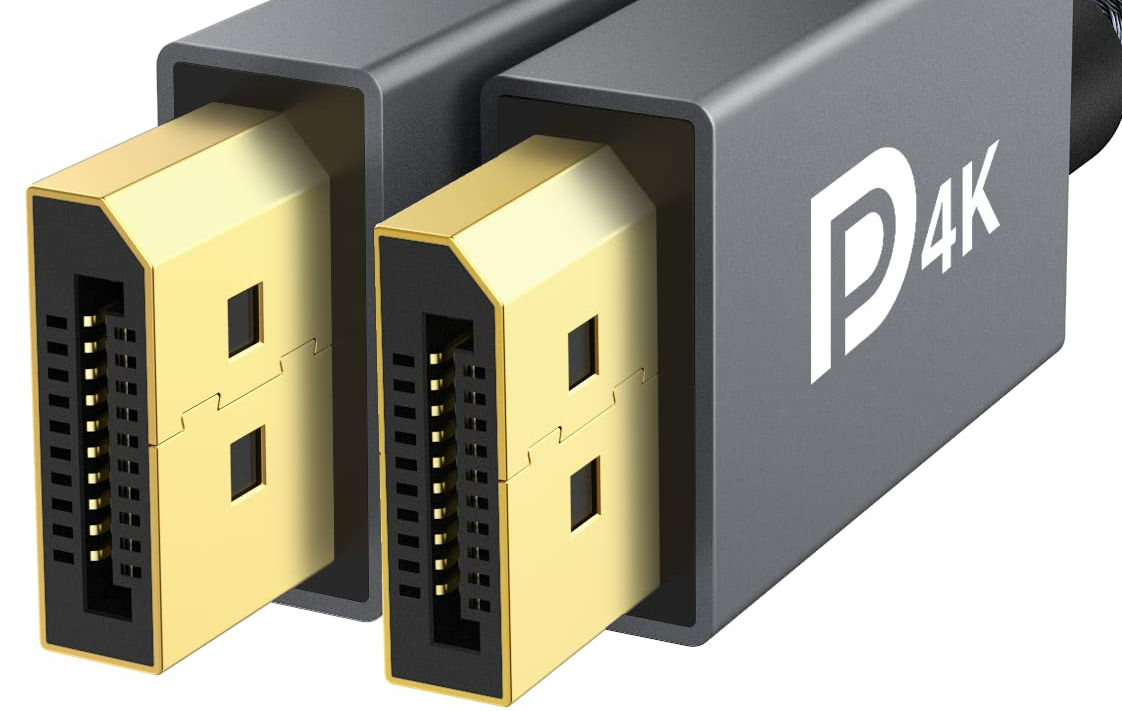 The most widely used versions today are 1.3 and 1.4, with bandwidth of up to 32.4 Gbps. This opens the doors to 8K resolutions for 7,680 x 4,320 pixels. The supported audio signal supports a maximum of 8 channels without compression, 192 kHz, 24-bit. It also optionally supports digital restrictions (DPCP) with 128-bit AES encryption and since revision 1.1 supports content protection using the more widespread HDCP standard.

The latest version for the standard is Display Port 2.0. The version raises the bandwidth to a stratospheric 77.37Gb/s. Supports refresh rates of 144 Hz in 4K, raises that of 8K to 120 Hz and introduces support for 16K (30 Hz) which HDMI does not support yet. It’s by far the most feature-rich screen interface in the industry, but it’s not very widespread.

HDMI or DisplayPort in gaming PC?

The latest versions of both interfaces are so advanced that most consumers will have their needs met with either of them. Graphics cards, both dedicated and integrated, have outputs from both, just as monitors have corresponding inputs. There is wiring of all kinds and also adapters from one to another, although benefits are lost.

But the user who wants to play on PC at a certain level will select DisplayPort as the reference interface. HDMI 2.1 has come closer in performance, but it is still below in several sections such as bandwidth or supported resolution.

If you use an NVIDIA graphics card and a monitor that supports G-Sync image synchronization technology, the choice is even clearer in favor of DisplayPort since the green giant does not support HDMI in this type of configuration. 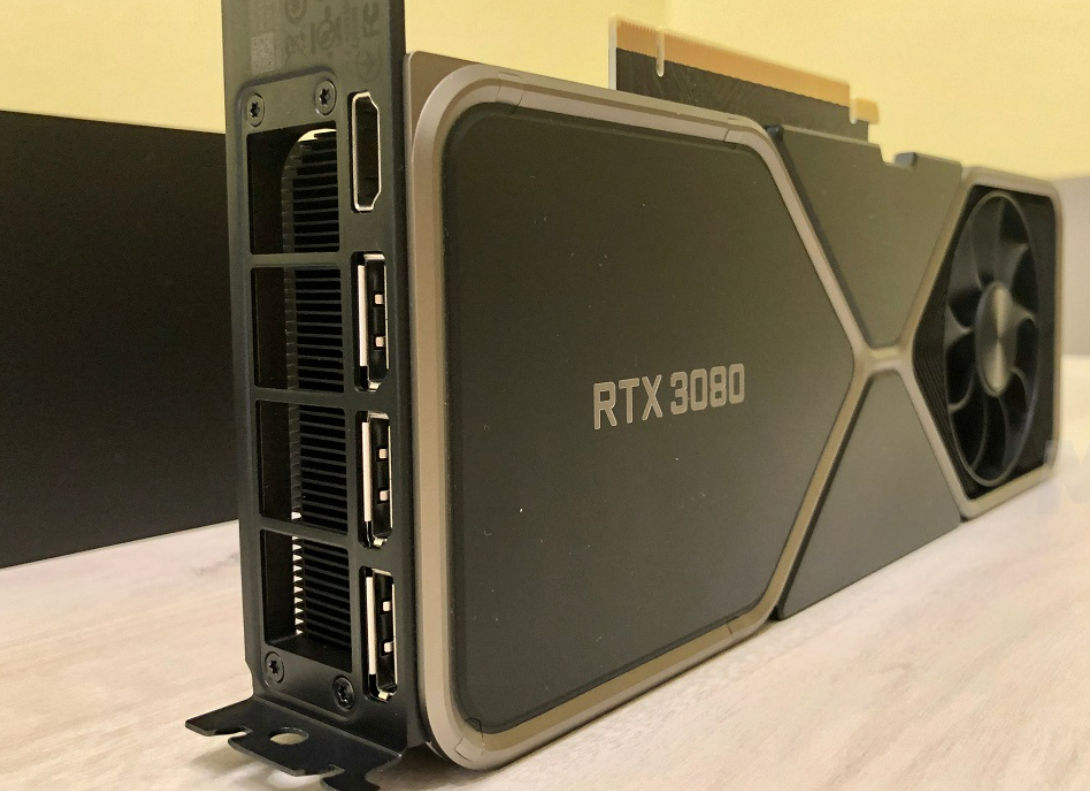 The same can be said if you want to use multi-screen configurations. DisplayPort marks distances above all others since one of its advantages is its ability to output video content to multiple screens through Multi-Stream Transport (MST) technology. The port is “splittable” through hubs and displays can be daisy-chained. It is a section that does not have (and will not have) HDMI.

In summary: DisplayPort should be the interface of choice for gamers on PC. It is specially designed for personal computers and offers greater features and possibilities than HDMI, which is more specialized for connecting multimedia devices to large screens such as televisions or video game consoles where Display Port is not available.

All Netflix error codes (and how to fix them)

The European Commission wants to eliminate chargers from all phones