The graphics cards to work to feed themselves power make use of the PCI Express port, or any other interface they use to communicate with the rest of the hardware. So the architecture of the different GPUs are not only designed to achieve the highest possible graphics performance, but also the highest possible within a given consumption. This is why there has been an evolution in the power efficiency of NVIDIA and AMD GPUs over time.

Evolution of energy efficiency in NVIDIA and AMD 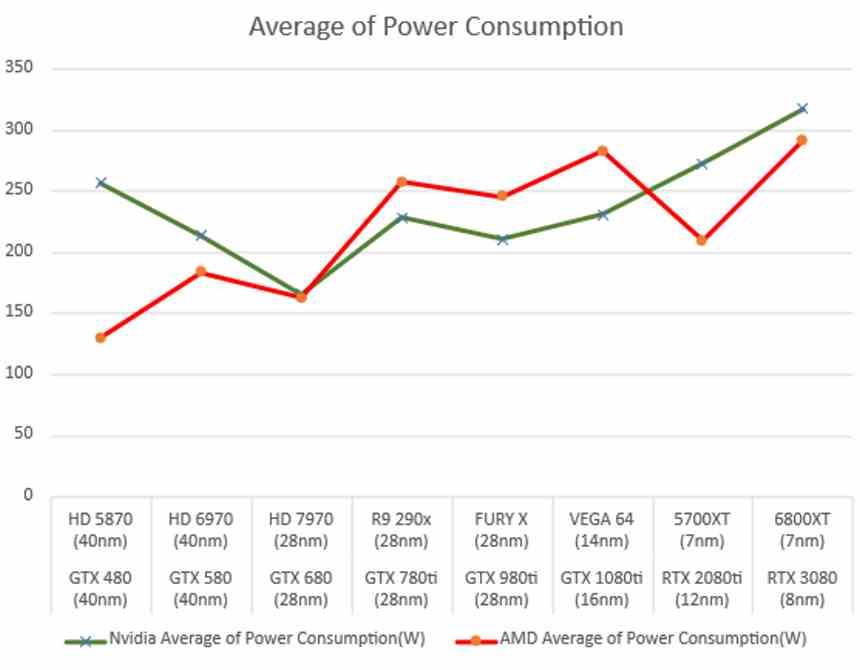 Through the information extracted from the TechPowerUp database, a graph has been created that tells us about the evolution of AMD and NVIDIA gaming GPUs in terms of power and energy efficiency. The point of origin of the graphics is located ten years back in time with the launch of the ATI Radeon HD 5000 based on the AMD Terascale 2 architecture and the NVIDIA GTX 400.

The most important change came with the launch of the NVIDIA GTX 900, in which for the first time NVIDIA adopted an architecture based on the rasterization by tiles in its GPUs. A technology that AMD promised to apply under the name of DSBR in its AMD Vega, but that it did not do until the launch of the first generation of the RDNA known as the RX 5000 range to evolve with the RX 6000. The effort of AMD in what power by consumption has placed him in this parameter above the current RTX 30. 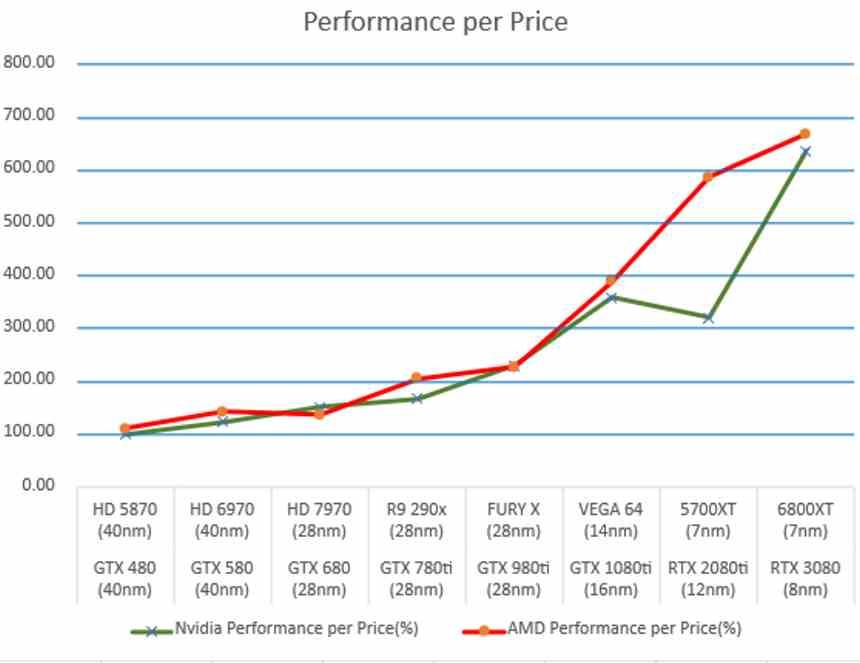 Another highlight is the issue of price, as is known, AMD usually sells its graphics cards at a lower price than those of NVIDIA. Which, although it can be understood as an advantage for the user, has also been the product of an AMD that for generations lost competitiveness against NVIDIA.

Now that AMD has managed to regain ground on performance and power consumption against NVIDIA, we should not expect Lisa Su’s company to remain the cheap option for long. Since equivalent performance means that AMD can capitalize on the ditto. On the other hand, this comparison does not take into account elements such as NVIDIA’s DLSS.

AMD has the advantage of more advanced manufacturing nodes 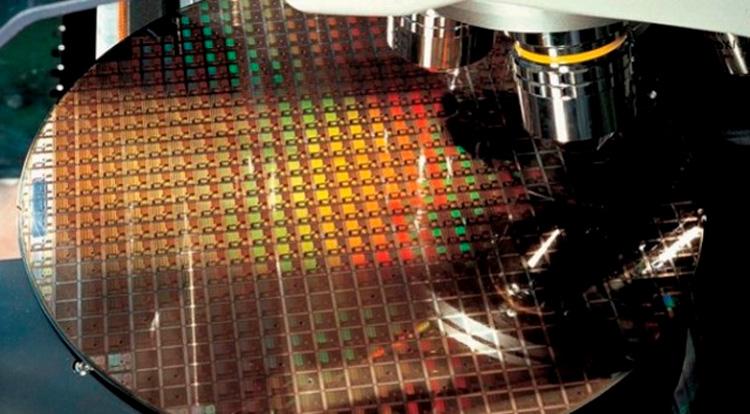 In the last two generations of PC GPUs we have been able to see how AMD has made use of TSMC’s 7 nm node, while NVIDIA has used TSMC’s 12 nm node for its RTX 20 and then Samsung’s 8 nm node for its RTX 30. Which means that the transistor density of the AMD GPUs has been higher than that of NVIDIA and therefore larger chips have been mounted in the graphics cards with the GeForce brand compared to those of AMD.

Using a more advanced node is also an advantage in terms of energy efficiency, so the comparison between the architectures of AMD and NVIDIA in that regard is not entirely fair when using different manufacturing nodes. If the rumors that Lovelace will make use of TSMC’s 5nm node are confirmed, then we will be able to compare both AMD and NVIDIA architectures on power efficiency much more equitably. Do I need to register my games on CRYENGINE before I publish them?

5 things you should do to protect your data