The architecture that we discuss in this article is not yet available in the market, it has not even been presented, but it is the product of an analysis of the advances produced in recent years, as well as of the different patents on Multi-GPU chiplets that both AMD, NVIDIA and Intel have been publishing in the last two years. That is why we have decided to take that information and synthesize so that you have an idea of ​​how these types of GPUs work and what graphic problems they come to solve.

Using multiple graphics cards to combine their power to render each frame in 3D video games is not new, since the Voodoo 2 by 3dfx that it is possible to divide the rendering work, totally or partially, between several graphics cards. The most common way to do it is Alternate Frame Rendering, where the CPU sends the screen list of each frame alternately to each GPU. For example, GPU 1 handles frames 1, 3, 5, 7, while GPU 2 handles frames 2, 4, 6, 8, etc.

There is another way to render a scene in 3D that is Split Frame Rendering, which consists of several GPUs rendering a single scene and dividing the work, but with the following nuances: a GPU is the master GPU that reads the list of screen and handles the rest. The first stages of the pipeline, prior to rasterization, are carried out exclusively on the first GPU, as for rasterization and the later stages are carried out equally on each GPU.

Split Frame Rendering seems an equitable way to distribute the work, however, now we will see what are the problems that this method entails and with what limitations it is.

The limitations of Split Frame Rendering and the potential solution Each GPU contains 2 collections of DMA drives, the first pair can simultaneously read or write data in the system RAM through the PCI Express port, but in many graphics cards with Crossfire or SLI support there is another collection of DMA drives, the which allow access to the VRAM of the other graph. Of course, at the speed of the PCI Express port, which is a real bottleneck.

Ideally, all GPUs working together would have the same VRAM memory well in common, but this is not the case. So the data is duplicated as many times as the number of graphics cards involved in rendering, which is grossly inefficient. To this we have to add the way in which the graphics cards work when rendering the graphics in 3D in real time, which has caused that the configuration with multiple graphics cards is no longer used.

Tile Caching on a Multi-GPU by chiplets The Tile Caching concept began to be used from NVIDIA’s Maxwell architecture and AMD’s Vega architecture, it is about taking some concepts from rendering by tiles, but with the difference that instead of rendering each tile in a separate memory and only writing it to the VRAM when it is finished is done on the second level cache. The advantage of this is that it saves on the energy cost of some graphics operations, but the disadvantage is that it depends on the amount of last-level cache that is in the GPU.

The problem is that a cache does not work like a conventional memory and at any time and without program control a cache line can be sent to the next level of the memory hierarchy. What if we decide to apply the same functionality to a chiplet-based GPU? Well, this is where the additional cache level comes in. Under the new paradigm, the last level cache of each GPU is ignored as memory for Tile Caching and the last level cache of the Multi-GPU is used, which would be found on a separate chip.

The LCC on a Multi-GPU by chiplets Thanks to this cache, each GPU is prevented from having its own VRAM well to have a shared one, which greatly reduces the multiplicity of data and eliminates bottlenecks that are the product of communication in a conventional multi-GPU. In a graphics card based on a Multi-GPU by chiplets, there is still the same configuration as in a conventional Multi-GPU when creating the display list. Where a single list is created, which receives the first GPU that is responsible for managing the rest of GPUs, but the big difference is that the LLC chiplet that we have discussed in the previous section allows the first GPU to coordinate and send tasks to the rest of multi-GPU processing units per chiplets.

An alternative solution is that all the chiplets of the Multi-GPU will completely lack the Command Processor and this is in the same circuitry as where the LCC chiplet is located as orchestra conductor and taking advantage of all the existing communication infrastructure to send the different instruction threads to different parts of the GPU.

In the second case we would not have a master GPU and the rest as subordinates, but the entire 2.5D integrated circuit would be a single GPU, but instead of being monolithic it would be composed of several chiplets.

Its importance for Ray Tracing One of the most important points for the future is Ray Tracing, which to work requires the system to create a spatial data structure on the information of the objects in order to represent the transport of light. It has been shown that if this structure is close to the processor, the acceleration suffered by Ray Tracing is important.

Of course, this structure is complex and takes up a lot of memory. This is why having a large LLC cache will be extremely important in the future. And this is the reason why the LLC cache is going to be on a separate chiplet. To have the highest possible capacity and make that data structure as close as possible to the GPU.

Today much of the slowness in Ray Tracing is due to the fact that much of the data is in the VRAM and there is a huge latency in its access. Keep in mind that the LLC cache in a Multi-GPU would have the advantages not only in bandwidth, but also in latency of a cache. In addition, its large size and the data compression techniques being developed in the laboratories of Intel, AMD and NVIDIA will make the BVH structures used for acceleration to be stored within the “internal” memory of the GPU. What is an external graphics card and why are they rarely seen? 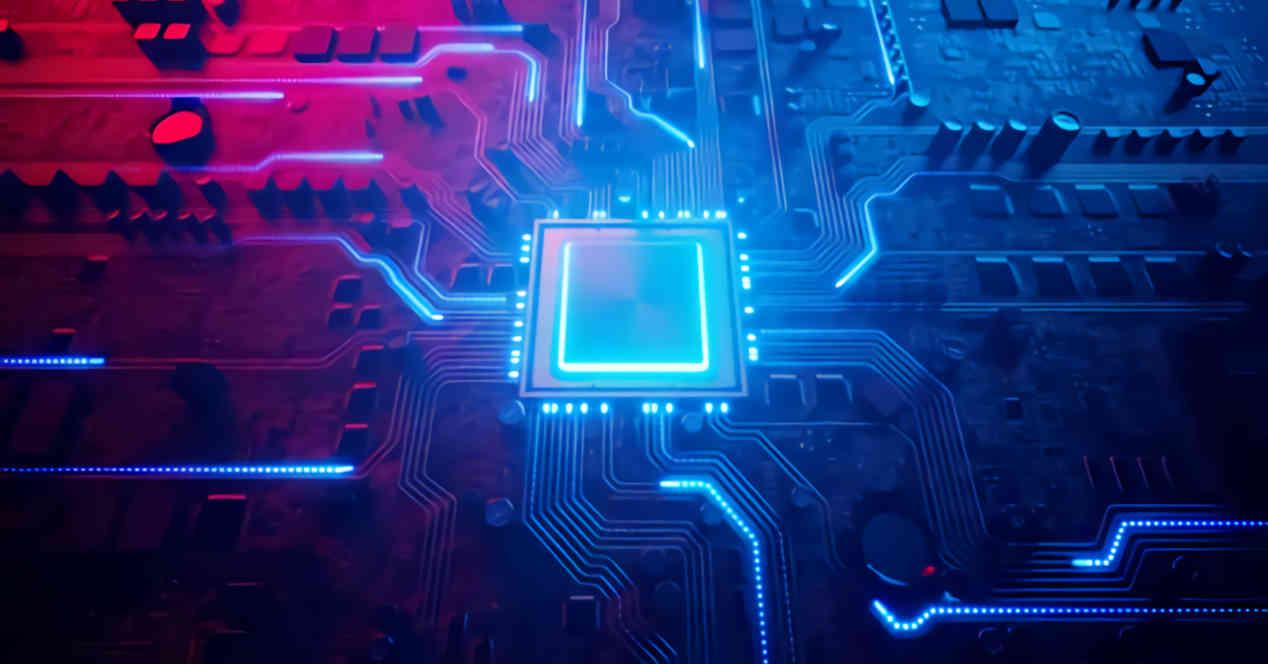 Do you know what a SerDes is and how it influences your PC peripherals?