There are few situations more hateful than a commercial getting your personal or professional phone number and harasses you intermittently day or night to sell you a certain product. Or even worse, that it is directly about fraud, threats and other types of harassment that require a direct complaint before the police court.

We can expect little from the communications regulator (which does not protect the taxpayers we pay it) and not much from the telecoms, which should establish stronger mechanisms to block calls your customers don’t want to receive. As for the Robinson List, which should avoid unwanted publicity, either it simply doesn’t work or irresponsible companies jump the gun and put pressure on their long-suffering employees (who barely make it to the minimum wage after inexhaustible hours of work and they are not to blame for the situation) to harass us.

How to block calls on Android

It’s time to take action on our own. For Android, Google implemented from version 6 a system to facilitate the task by means of a couple of clicks, pressing the function of blocking a certain number in the contacts. A simple, straightforward and effective method that works with ‘pure’ Android versions.

Since mobile manufacturers layer on top of the operating system as a user interface, there is no single method to block calls in Android, but it is quite accessible in all of them from the general settings section, contacts section or calls. As an example of use, we will do it on a Samsung terminal with Android 12, but it is quite similar to how it can be done with Huawei, Xiaomi and others.

Turn on spam protection. You can do it from the Phone application> Contacts> Settings (click on the three points)> Call settings. (You can also access it directly if you do a search for “call settings”): 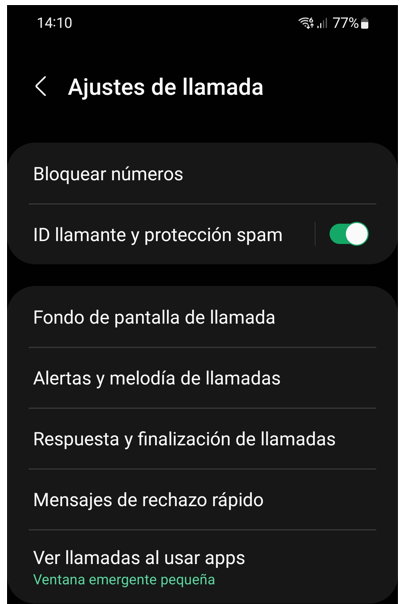 block calls. On that same screen you can block calls (also messages) from specific numbers. You can select between the last numbers with which you have communicated or directly write the phone number to block it. If you want a more radical block you can activate the option to block calls from any unknown number. 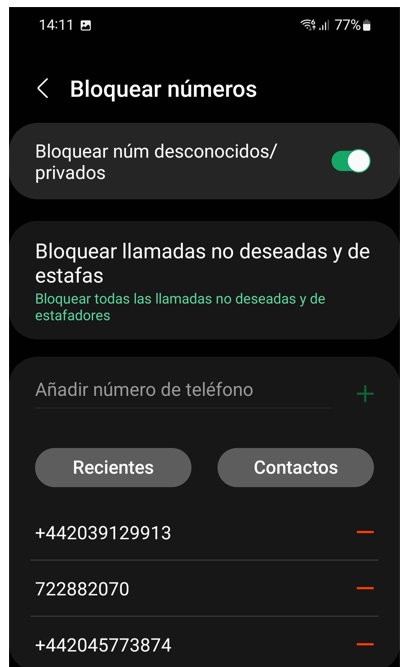 hiya. It is a service that uses the Samsung Smart Call application and is intended for protection against spam and fraud. It is included in some series of terminals such as the Galaxy S. You can activate and manage it from Call settings> Block numbers> Block unwanted and scam calls: 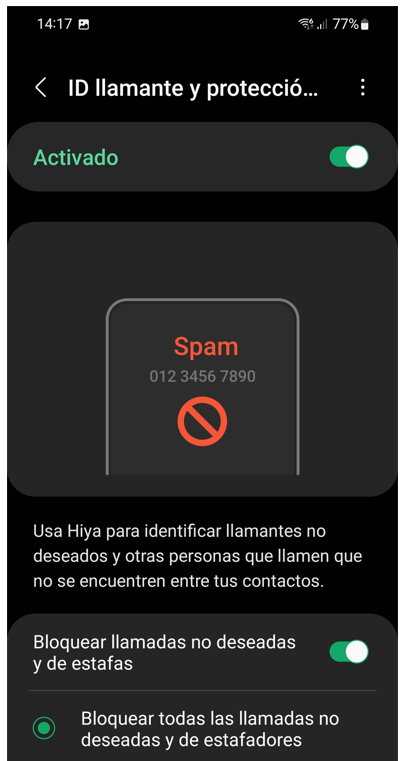 Block on calls. You can also block calls on Android when you receive a call. The numbers will be blocked in calls and messages. These will be logged if they continue to be performed, but will not disturb the user. 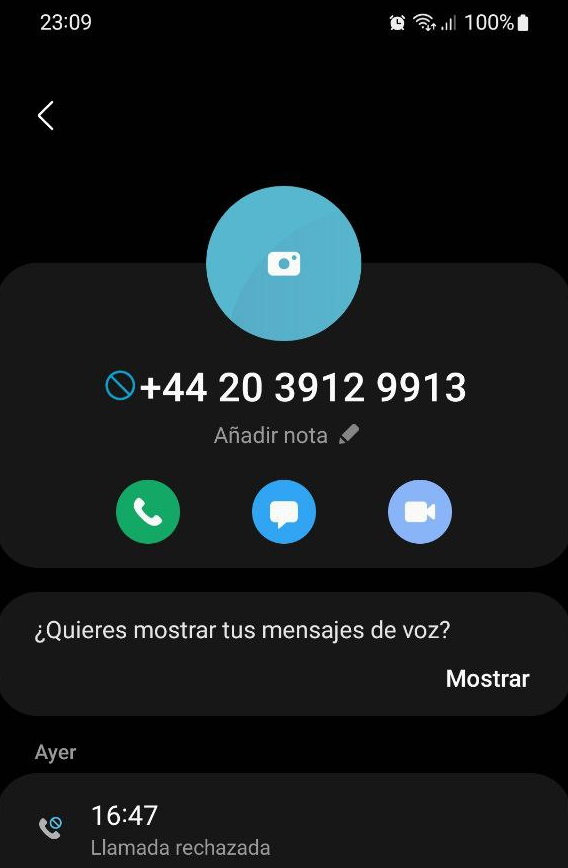 Help the others. In that tab you have the option to report the reason for blocking the call with possibilities such as the following. It is a way to stop the spread of certain numbers that are clearly used for unwanted sales, spam or fraud. 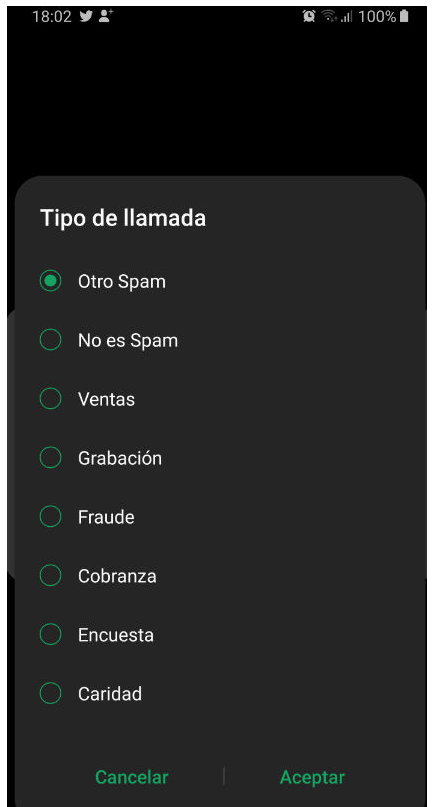 Third Party Apps. In addition to the management that can be done with the internal tools provided by Google or each mobile manufacturer, calls can also be blocked on Android with third-party software. If you search the Play Store you will find dozens of applications that you can try, many of them free. One of the ones that we like because of its flexibility and power is Mr. Number, developed by Hiya, the firm that we talked about above since it works with Samsung Smart Call. 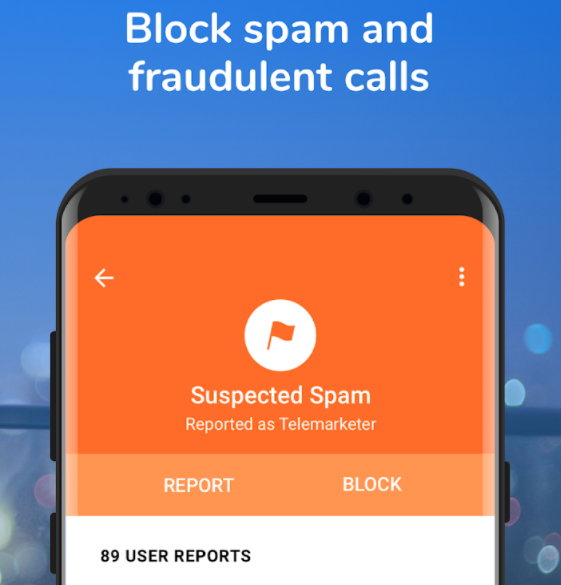 It is financed with advertising, but it is free and it may be worth it if you are looking for a advanced app for call control. You can block a certain number/contact manually to create your own list or you can activate automatic modes for unwanted, international, hidden or suspected fraud or spam calls based on a database. It also supports SMS management and blocking in a similar way to calls and it has an iPhone version if you use Apple terminals.

Galaxy A33 and Galaxy A53: our take on Samsung’s new flagship smartphones

Samsung Galaxy Watch 4: the smartwatch that (almost) everyone would like to have

Galaxy Buds 2: the new True Wireless have pros and cons