The first thing we are going to do is get to know the netsh command and how we can use it. Then we will explain some of its basic parameters of use together with some examples of use with their corresponding syntax so that you can see and change the configuration of an IPv4 network.

What is the netsh command and how to use it

The command netsh We could define it as a command line utility that will allow us to display or modify the network configuration of a running computer. Its main functions are related to the visualization, modification, administration and diagnosis of a network configuration. This tool is available in Microsoft Windows operating systems in different versions like 2000, XP, 7, 8, 10, Server 2012 and more.

Regarding its form of execution, we can do it in two different ways:

Next, we are going to give an example with each one, although throughout the tutorial we will do the examples using a command prompt window.

Its way of working is different from what we use in a command prompt window. After the symbol «> » we would put the parameters, in this case it would be the «?»To view command options. As you can see, it offers these results: On the other hand, then we would have the option of working with the netsh command in a command prompt window for which we would follow these steps.

Here the way of working is different, the entire command is written in one go and executed by pressing enter. The options are separated by entering the operators / (bar) or – (simple dash). For example, like the previous case to see the options of the netsh command it would be the «?»And to enter it correctly it would be«/?«. Thus, the command that we should introduce is:

This is the answer we would get: As can be seen, most of the options would be included in both, although it should be noted that the way of working would be different. In this tutorial we are going to work in the latter way, that is, with a command prompt window.

Each time a command is entered, a pattern must be followed, which is simply to follow the order established by its syntax. Then we have to go putting the parameters with their corresponding symbol, which is usually a bar «/ «Or a hyphen« – «.

This would be the syntax of the command:

We could use the netsh command with these parameters:

One way that can help us to know how we can combine the operators that we can use is by knowing the context of the principal. Therefore, if we wanted to know the commands available for wlan we would use:

And then putting the ? We could see the commands that we can use: Save and restore network settings with the netsh command

Thanks to netsh we can also export the network configuration to a text file. Thus, in case of network problems we could restore to the values ​​we had before, thanks to that backup. The first thing we have to do before exporting that network configuration is to create a network folder to store our backup file. In this case we are going to create in our drive C: a folder called «networks». So, to save our configuration in a file called configuration.txt we will execute the netsh command like this: 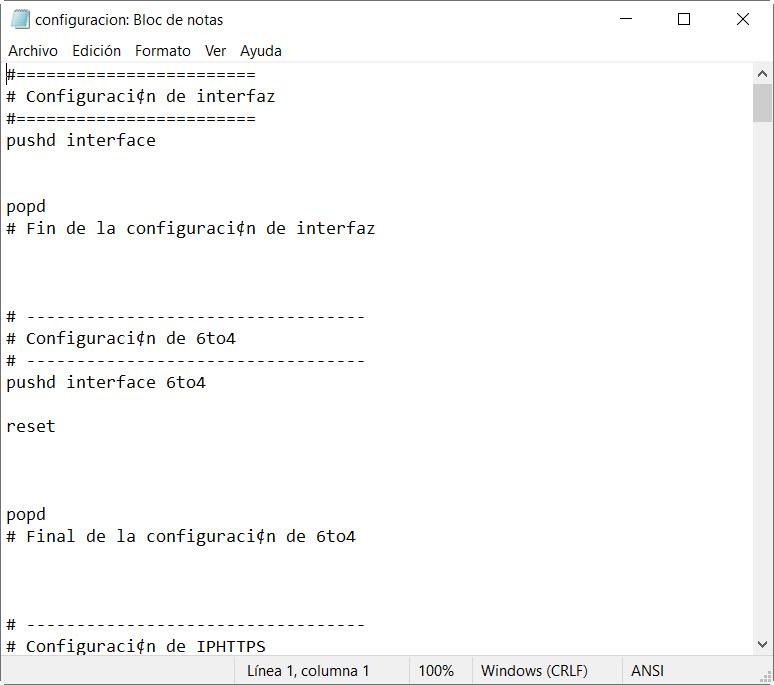 In the event that we need to restore our network configuration we would use this:

Other netsh commands we can use

An important command is the one that shows us the names of the interfaces that we have on our computer, from here we will point the name of the interface that we are going to configure:

For example, we could choose our IPv4 interface and establish a static IP for our computer like this:

Now we go to the netsh command in relation to the wireless networks. For example, if I want to find out the profiles of Wi-Fi networks that I have saved in my computer

And then we would see that we have these Wi-Fi networks saved: 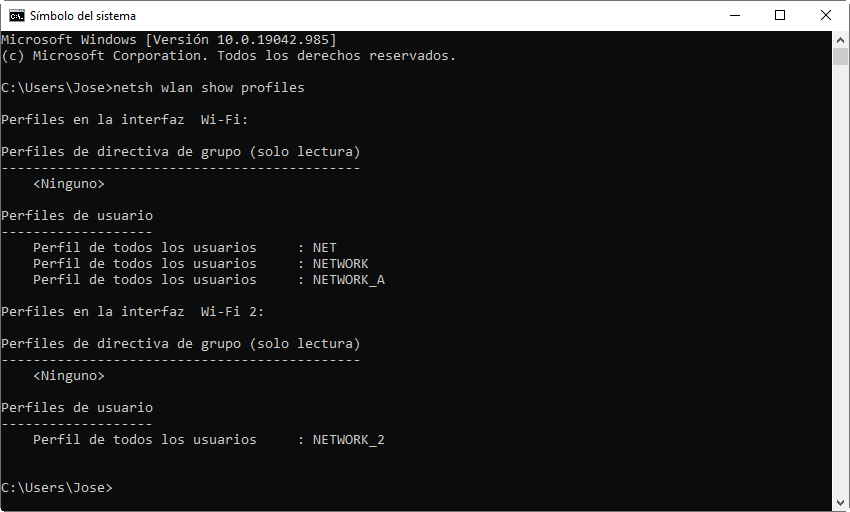 If we want to prevent a Wi-Fi network from connecting automatically we would have to use:

In network name we would replace it with the name of our Wi-Fi network. On the other hand, if we want our Wi-Fi to connect automatically:

Also using the netsh command we can see the configuration of the Wi-Fi interface:

Instead of the Wi-Fi interface, we could also do the same with the equipment connected by network cable 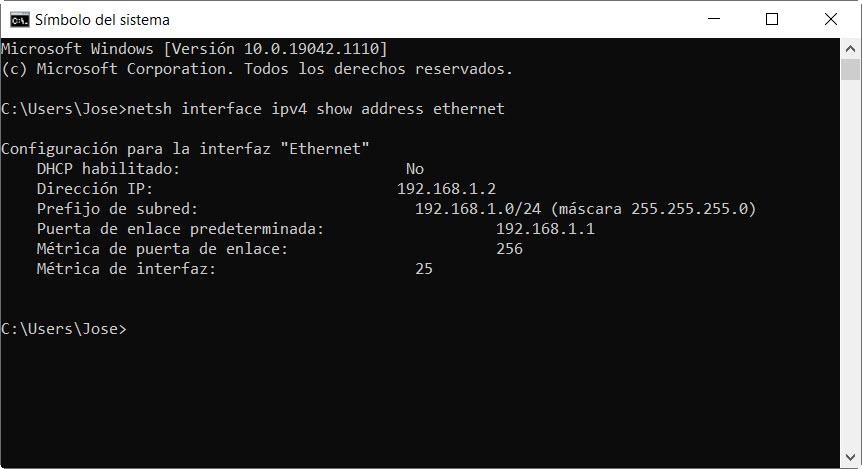 With respect to firewall we could also use a series of commands. In the case of wanting to open port 80, we would execute the following:

If we want to remove the rule from a port we would use this:

We could also restore the firewall defaults like this:

Now it’s the turn to work with the DNS servers. So we could establish the first DNS server:

We would put the secondary server this way:

Parameter index you are going to assign an order number to the server. In the first DNS server after the IP we could have put index = 1 but it is not necessary.

We can also establish that the network configuration of the Wi-Fi interface was dynamic through DHCP. For which we would have to execute the nestsh command twice like this:

As you can see, using the netsh command we can see and modify many aspects of our network connection.

Could they hack your smart lock and break into your home?

5 cases in which you should not connect to WiFi networks 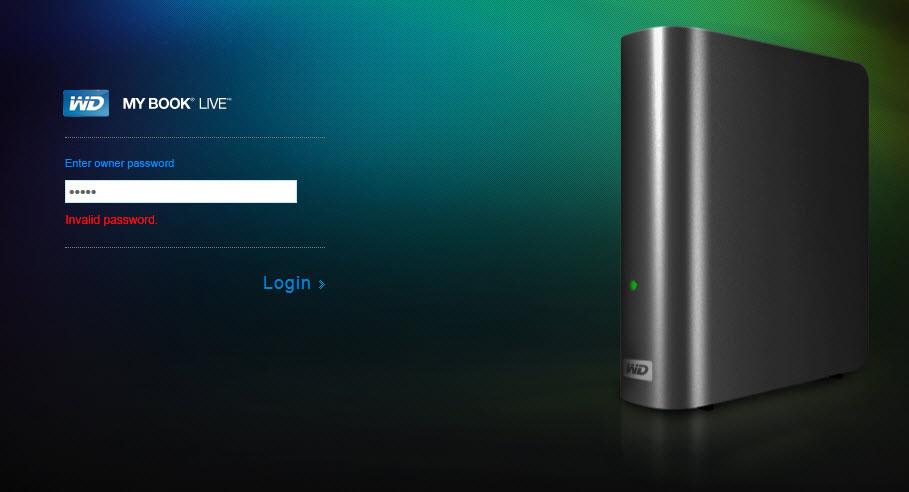 WD My Book NASs Suddenly Empty and Users Lose Everything

Cuts when sharing files in the cloud? Fix them with these tips