Fashions in video games come and go and with each new swerve that companies give in their strategies, it always catches us users in the middle, enduring having to adapt to decisions that are not well understood. And in the one of the launchers of games we walk in a time where there are dozens of them, one for a large company that distributes its games through the PC: Steam, Epic Games, Ubisoft, Electronic Arts, Activision-Blizzard… and Bethesda?

Bethesda has its own launcher for PC but already at the beginning of the year he had announced that he was going to eliminate it and that it would cease to be operational on May 11, a date that we now have just around the corner, so, as it should be, they have devised a plan so that their users are not left hanging and without anyone to protect them, above all before the purchases they have been making in their store. That is why they have published a tool to transfer our entire collection to Gabe Newell’s platform.

Indeed, Steam will be the destination of all the games you have bought in recent years from Bethesda for PC, since Microsoft, the new owner of the company, has decided not to continue with that service that would duplicate its work by already having something similar in Redmond on computers, such as the Xbox ecosystem, Game Pass Ultimate and ultimately the store itself that we have available in both Windows 10 and Windows 11. So if you are in the process of passing your library to the most important video game store, we are going to give you a hand in the process.

How to transfer your games to Steam?

First of all, it must be said that the most important thing in this process is not so much to transfer the games themselves as that the license of use that you have right now through Bethesda is registered in Steam. For this, what we must do is go to a page that the North Americans have enabled where we will have to log in. Once done, you will see all the games that you have purchased within the store and that are eligible to complete the process. In addition to linking your Steam account to the profile, you only have to tell the system to start the transfer process of all those titles so that it is completely done in just a few seconds. 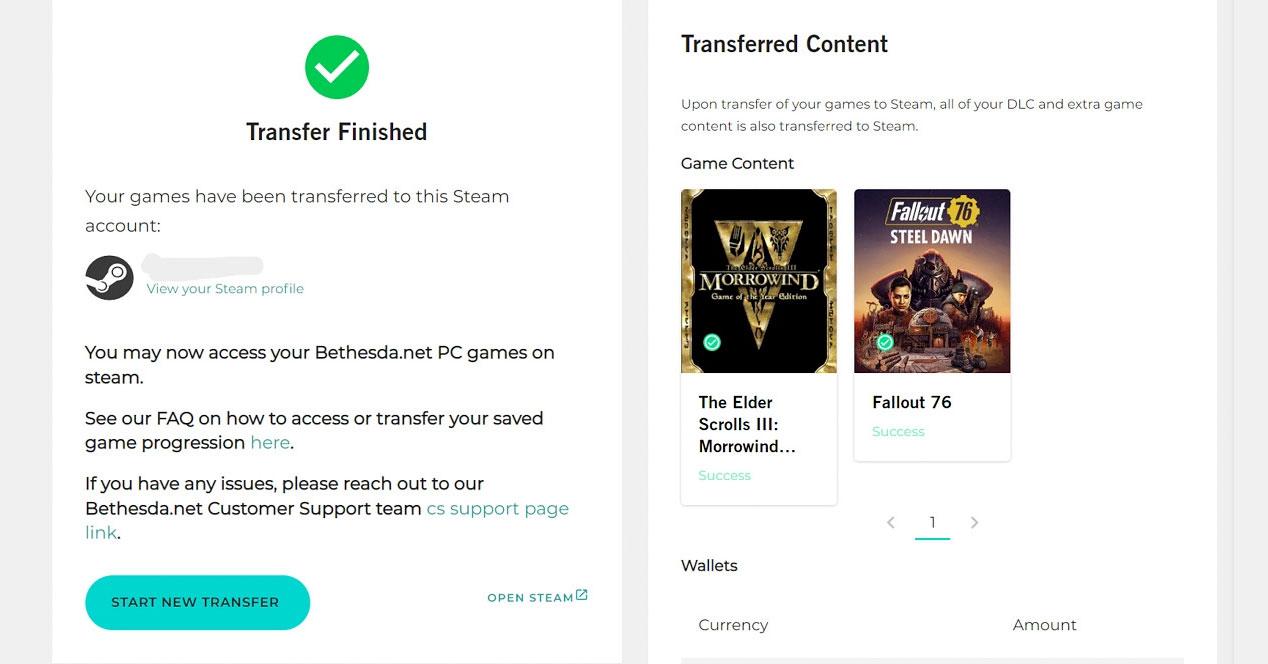 Now, and here comes part of the most complicated process of this shipment of the games: the games. If they are saved within the Bethesda cloud (now owned by Microsoft), you do not have to do anything because Steam will synchronize that data with theirs on the servers, but another very different thing is if you have a title that still stores those save games in folders within My Windows Documents. In that case, it will be mandatory for you to manually copy them to the equivalent folder in the Steam installation.

If you don’t know what that folder is, which can vary from one computer to another (depending on the hard drive where you have Steam installed), Bethesda has posted a helpful FAQ with the most frequently asked questions that you could ask yourself and that detail the processes so as not to lose progress in all those games.

Microsoft Activision Blizzard: everything that will change after the historic takeover

Tesla: the Superchargers network is finally opening up to other electric vehicles in France

iPhone: Chris Evans, alias Captain America, regrets the disappearance of the button on the front