Most new PCs include a Windows license and the system pre-installed. Microsoft maintains impressive control of the OEM channel, and that’s where a good portion of Windows’ nearly 90% market share comes from on the desktop.

However, manufacturers are not required to deliver computers with a Windows license. In fact, there are some new personal computers that do not include it, either because they are delivered without an operating system or because they use a GNU / Linux distribution or something lighter like FreeDOS. On the other hand, there are not a few users who create our own desktop computers by customizing the components.

In these cases we will need to acquire the corresponding software license, be it free (if we bet on free systems) or paid as in the case of Windows. We can also transfer the license from an old computer to the new one to not having to pay for a new license as we will see in this practical focused on Windows 10.

Can your Windows 10 license be transferred?

It is the first question to answer. Microsoft is quite strict with the license transfer regulations and unfortunately, not all licenses are transferable. You can only transfer a Windows 10 license if you bought it through a retailer, like the offers we have been offering you regularly. Licenses distributed through the OEM (Original Equipment Manufacturer) channel and those sold in multi-team business, education, or government packages (volume licensing) are not transferable.

As you know, in Windows 10 the license is linked to the main hardware of the PC or what is the same, to the motherboard. Therefore, if you try to use a product key from a non-transferable license, the Windows activation server will not validate the license on the new hardware. If Windows came pre-installed on your new computer, it will most likely have an OEM license that you will not be able to transfer. Microsoft offers a support page where it explains all the possibilities to activate Windows.

What type of license do I have?

If you are not sure what type of license your computer has, it is very easy to obtain the information by running an internal application from the command line:

As you will see in the example, Windows Script Host indicates that we have a retail license, which is one of those that we can transfer to another computer. 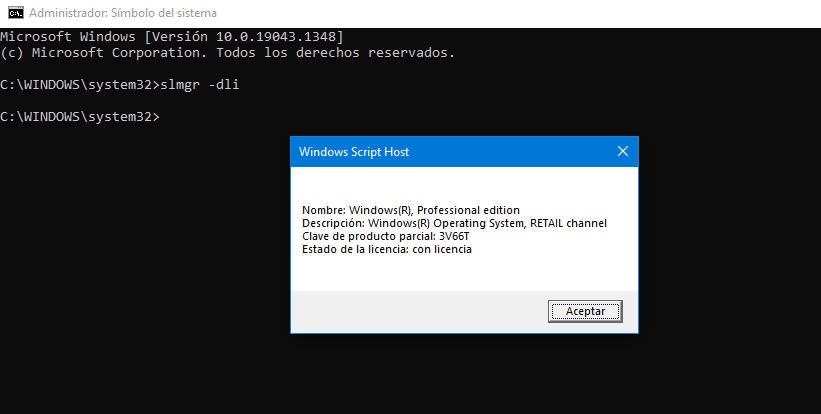 The product key is a 25-character code that until Windows 7 was used to activate Windows. Starting with Windows 8 and later, a digital license (called “digital entitlement” in Windows 10) is used as a Windows 10 activation method that does not require entering a product key. You can transfer the license with both methods, because Microsoft still allows the free upgrade from Windows to Windows 10.

If you have saved your product key (format XXXXX-XXXXX-XXXXX-XXXXX-XXXXX) you can go to the next step. If you do not have it written down there are several methods to get it since it is located in the operating system registry, in the UEFI firmware, in the confirmation email received after purchasing Windows or in the box in which it was supplied printed on a label that it was the way it was done in Windows 7 and was later removed for security and piracy reasons.

There are several ways to locate it, but a very simple one is by using a third-party application such as ProduKey, which is used to obtain the product key for Windows or other products such as Microsoft Office. Just download the tool (32 or 64 bit) and run it. It is not unlikely that your antivirus will detect it as a potential threat. If this happens to you, temporarily disable it. Once executed, you will obtain both the product ID and the product key that we will use on the new PC:

How to transfer a Windows 10 license?

In order to carry out the transfer, we must first deactivate the license on the source PC. Later we can reactivate it on the new PC using the same password.

Once on the new PC, you can use the product key in several ways:

As we said above, Microsoft replaced in Windows 10 the activation method using servers that linked the license with a specific hardware, the motherboard. Using the same method, a Microsoft ID account can be linked to a specific PC, and this linking also allows a Windows 10 retail license to be transferred without using the product key. 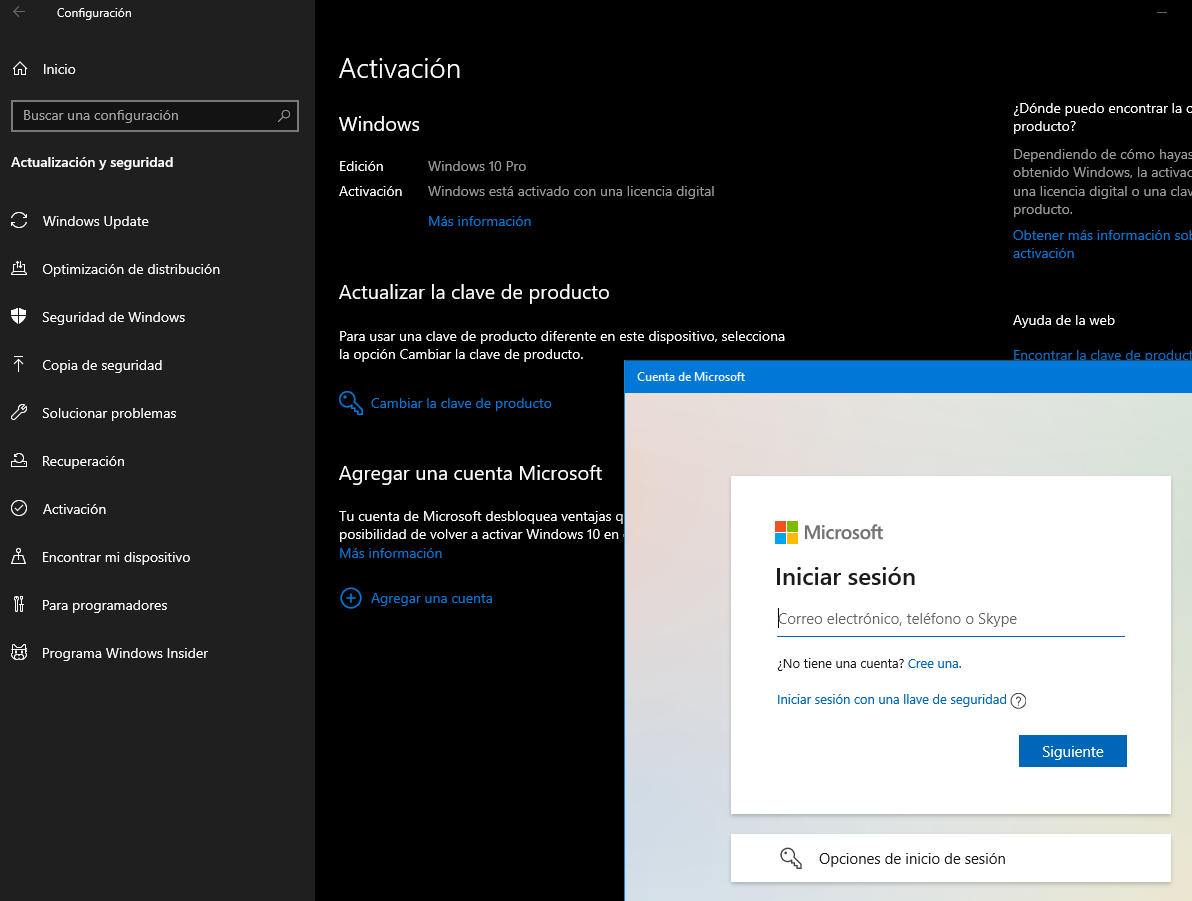 Whether you already have it or if you activate this method on your old PC, you will get a type of license called: «Windows is activated with a digital license linked to your Microsoft account«. In these cases, simply log in with your Microsoft account on a new PC and Windows 10 will automatically activate the license through that account. You cannot have it active on both PCs, so the older PC will be left without a license like when we use the product key.

Both one method and another do not allow jumping between the different editions of Windows. That is, if your license is Windows 10 Home, that will be the one that will be activated on the new PC. If you want to jump to Windows 10 Pro you will have to acquire a new license.

Finally, it should be noted that in case of problems with the previous options or in the event of a hardware change (change of the motherboard on a desktop), Windows can be activated by communicating with the Microsoft support. There are three methods to activate the product: Online via the Internet, by phone with our automated systems, and with a live technical support representative.

Concluding. If you want to save money on the change of PC, it is possible to transfer the Windows license by several methods as long as the license is of the retail type (retail), not the OEM licenses (pre-installed) or the so-called volume licenses for companies that are not transferable. In any case, if you want to keep the license on the old PC, remember that you can get a new Windows 10 license for just a few euros with the offers that we have been offering you regularly. In all cases, in new or transferred licenses, you can upgrade to Windows 11 for free.

The Game Awards 2021: announcements and winners, a complete summary of the gala