music services by streaming They are the order of the day and it is rare who does not use them: Spotify, Deezer, Tidal, Amazon Music, Apple Music, YouTube Music… And more. Tell me you don’t use any. Well, if you use one or more than one, you will already know that all the advantages offered by this type of platform vanish when you want to leave, and that is because after spending time on any of them, the mark you leave behind is large, and just because of the accumulated learning of the recommendation algorithms.

One of the hardest things to leave behind are the topics that you have added as favorites and, above all, the playlists that you have been working with so much care over days, weeks, months and even years. It has happened to me on more than one occasion and the experience transferring my playlists from one platform to another has not been very good in general, always counting on services that facilitate the work, be careful. That is, doing it automatically, and not manually.

If you’re low on stuff, recreating a playlist manually takes a while; if you have a lot… torture is guaranteed. That is why, along with on-demand music platforms, different services were popularized to transfer data between them, of which playlists are one of the most precious. However, everything I’ve been trying over time hasn’t left a good taste in my mouth… Until I discovered TuneMyMusic.

TuneMyMusic is one such service that allows you to transfer data from one music platform to streaming to another, with an advantage over everything I’ve tried so far: its operation is simple, fast and effective. Once you have registered, in a few minutes you will be able to migrate data from one platform to another in a transparent and flexible way, since you can choose what you move and what you don’t. I will show you how to do it below with a real example.

For this example I am going to transfer my data from Deezer, the service I use regularly, to YouTube Music (in the image you can see the services that TuneMyMusic supports). Of course, you will have to give the corresponding permissions in each service with which you want to interact.

In the case of Deezer, although it is similar to other services, you can choose between loading everything from your account or doing it with individual playlists, if you want to take one that is not yours. However, the first option is the obvious one.

Your transferable account data will then appear, including your favorite songs, albums and artists you’ve added, and playlists you’ve created. By default, everything is marked to be transferred, but you can unmark what does not interest you. 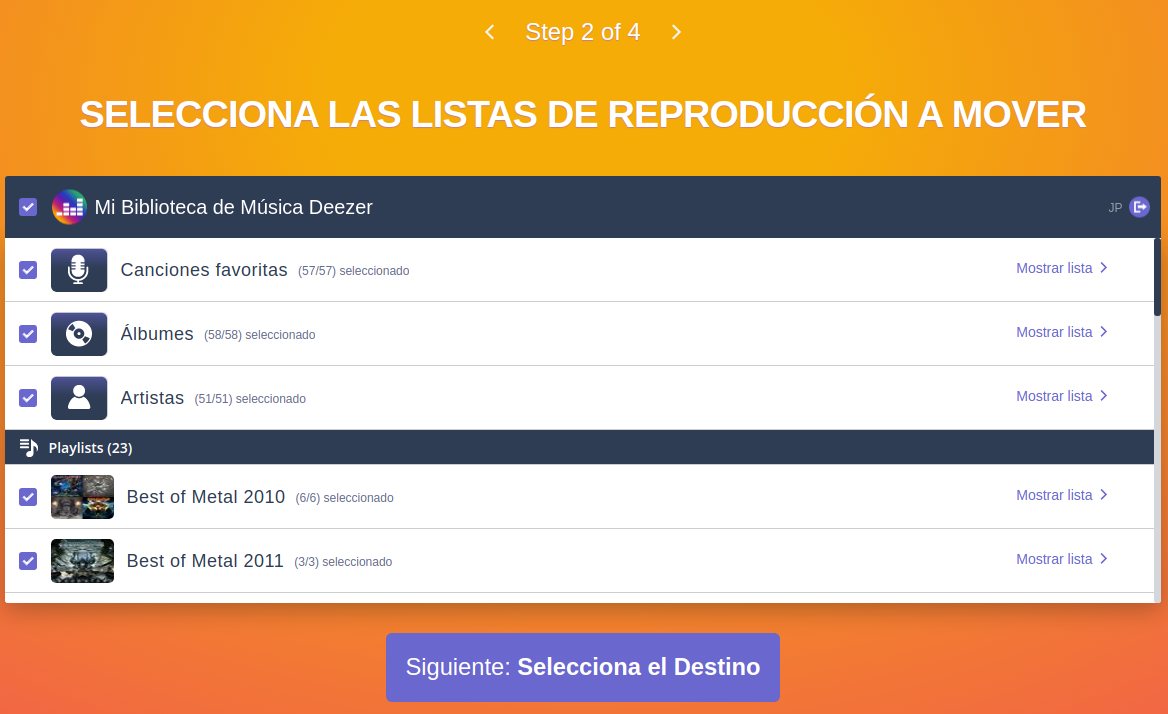 Finally, you just have to choose the destination of your data and the transfer will begin. 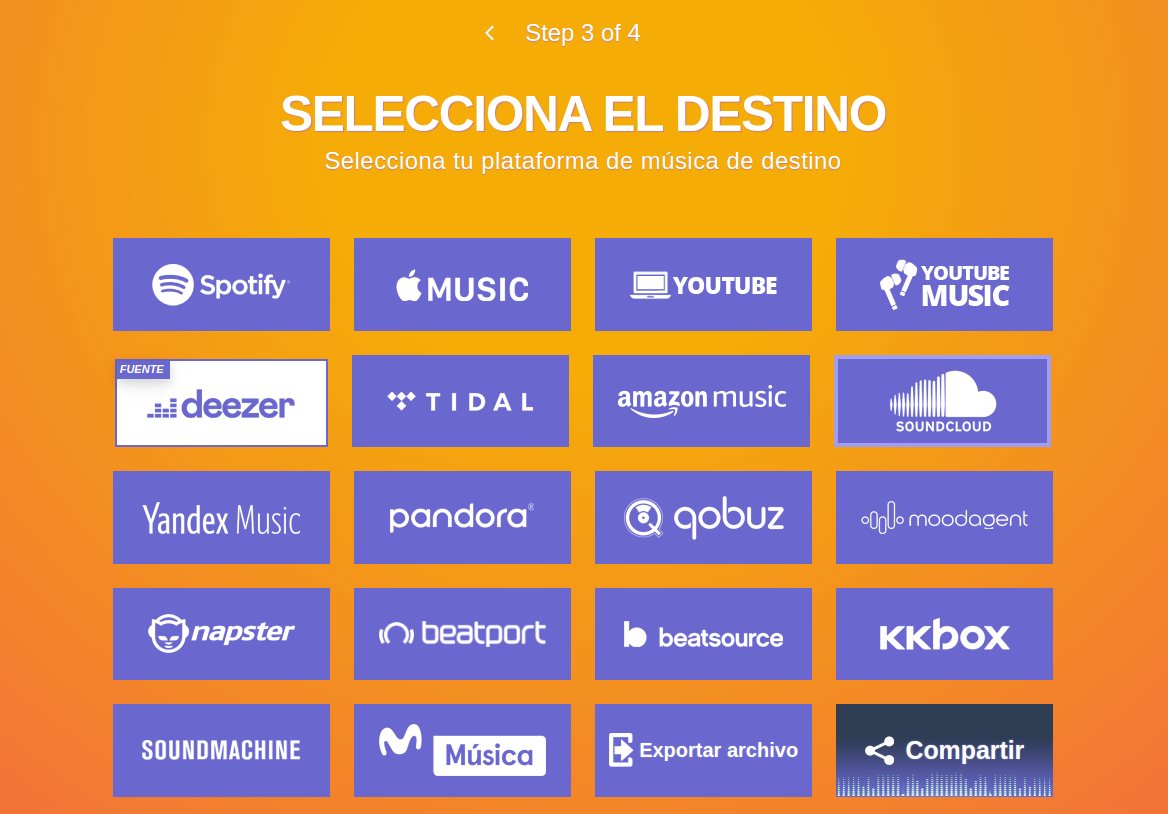 Now, here are the details, since not all platforms allow moving the same type of data. Hence, I focus this article on the playlists and not the rest.

In the combination I used as an example, transferring from Deezer to YouTube Music, it is possible to migrate favorite songs, but not albums or artists; and even then the favorite songs will not be added to their corresponding section, but will generate their own separate playlist. On the other hand, YouTube Music has limitations such as a maximum of ten playlists per day, so if you have more, you will have to return to TuneMyMusic until the transfer is complete.

TuneMyMusic, meanwhile, also has limitations, since it only allows you to transfer up to a thousand themes for free, which may be an important limit for some, but there is always the possibility of paying and exporting everything that is third party. Depending on the number of songs you have added and the playlists you have created, paying for a month can be worth it. Other advantages of the payment plan are performing data transfers automatically or synchronizing playlists between services.

The interesting thing about TuneMyMusic is, of course, that it works very well and also has support for importing and exporting data in text format and playlists for use with local music players. And if you don’t want to or can’t pay, you can always do some kind of bypass between accounts, even if it’s more messy.

Be that as it may, my experience with TuneMyMusic has been very good and that’s why I recommend it to you (not only me: it’s the transfer method recommended by Deezer itself), but I don’t marry anyone. It’s just that I’ve tried a few over the years and they’ve all failed me somewhere. If you know of a better method, feel free to leave it in the comments.