When a Windows PC connects to a local wireless network for the first time the Wi-Fi password is saved on the computer. This makes it easier not to have to write it every time we connect to the same network. Simply, the system remembers it and automatically connects when it is in range if the user so decides.

But, what happens when we forget it and want to give it to a guest, a relative or we ourselves want to use it on another device? There are so many passwords to remember that it is not uncommon for this to happen.

We have already offered you some tutorials to do it through the general Windows settings, the control panel or third-party applications such as WirelessKeyView, free, portable and that works on all Microsoft systems.

Today we propose another method. Easier than any because it is done by a single command and without prior knowledge of the Windows console. As follows: 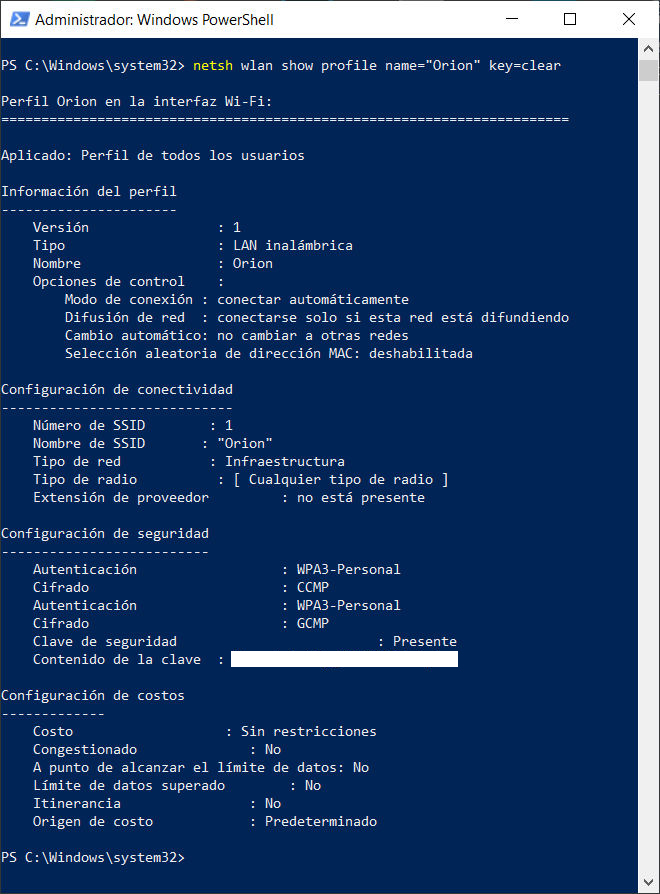 As you will see in the previous screenshot, in the “Security settings> Password content” section you will be able to see the password for that particular Wi-Fi network, which for the example is called “Orion”. You will also see other information such as the type of security settings, connectivity and network profile.

It is another sample of the possibilities of the Windows console that we invite you to discover and use. If you want to go further you can review these articles:

What is IFTTT and what is it for in home automation

How to control my child’s WhatsApp?