Ever since Microsoft announced Windows 11 SE, one of the catalog renewals that we have waited for the most It has been the HP ProBook Fortis, and today we can categorically state that the wait has been worth it. And it is that the proposal of the Microsoft operating system aimed especially at the educational environment opens up a huge set of possibilities that, however, require a wide range of solutions that adapt to the diverse needs of all types of students.

What we didn’t expect is that HP would opt for a commitment so capital as to create a new product line, HP Fortis, with six systems with different hardware options, yes, but also software. And it is that as you can see below, HP Fortis has both laptops with Windows 11 SE and several Chromebook models, a family of devices that has a high level of implementation in the educational community.

A feature common to all notebooks presented today by HP is its resistance. The technology has taken into account that the mobility to which student laptops are usually subjected causes them to suffer more bumps and falls than those experienced by a laptop that is only moved occasionally. In response to this, it has made sure to protect the elements most subject to this type of incident, thus reinforcing its reliability and durability.

This 11-inch Chromebook model marks some differences from previous models within this segment. The first novelty is that we are now talking about a slightly smaller team, since traditions 11.6 inches are rounded up to 11 on this model, which has various options, among which the model with touch screen stands out. In all its variants, the maximum brightness is 220 nits.

Another interesting novelty is that the HP Fortis 11 H9 Q changes the “traditional” Intel Celeron that we usually find in these computers, and instead mounts a Qualcomm Snapdragon 7c SoC, Qualcomm’s proposal for laptops with basic performance needs and, in return, in addition to its price, high efficiency, which makes it a great option for systems that are going to be used depending on the battery for many hours.

The HP Fortis 11-inch Chromebook has configurations with 4 and 8 gigabytes of RAM, supported by 32 or 64 gigs of eMMC storage. The strong point is found, without a doubt, in its connectivity, and that is that thanks to its SoC, this laptop will have a version with 4G connectivity, through a virtual eSIM card, so we are talking about a system that will be really versatile. 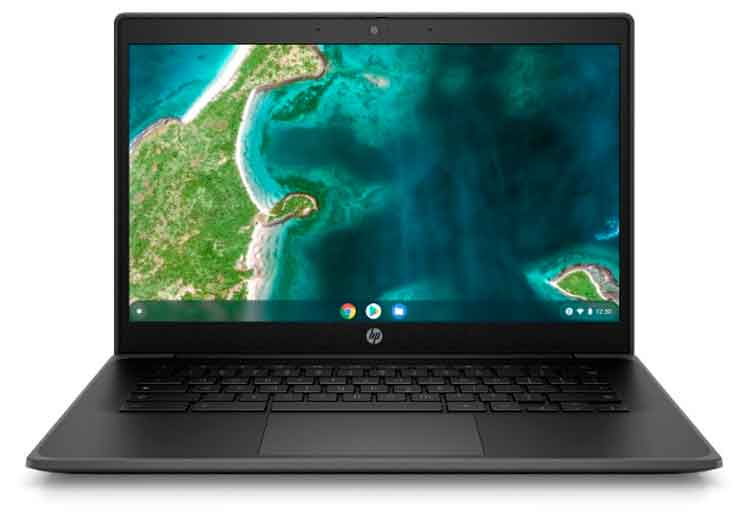 In this case, as its name indicates, we find a 14-inch chromebook and, as in the previous model, we can choose between several panel versions, one HD with a resolution of 1,366 × 768 points, and a second that goes up to 1920 x 1080 dots. In both cases they are anti-glare screens, with a small border and, also in both cases, with touch screen option.

Regarding its interior, we will find versions with processors Intel Celeron and Intel Pentium, supported by 4 or 8 gigabytes of LPDDR4x RAM and storage 32, 64 or 128 gigabyte eMMC. Also, just like the eleven-inch model, this HP Fortis 14 G10 Chromebook will also be available in a version with 4G connectivity, to make it an especially suitable option for mobility. This is completed with WiFi 6 and Bluetooth 5. 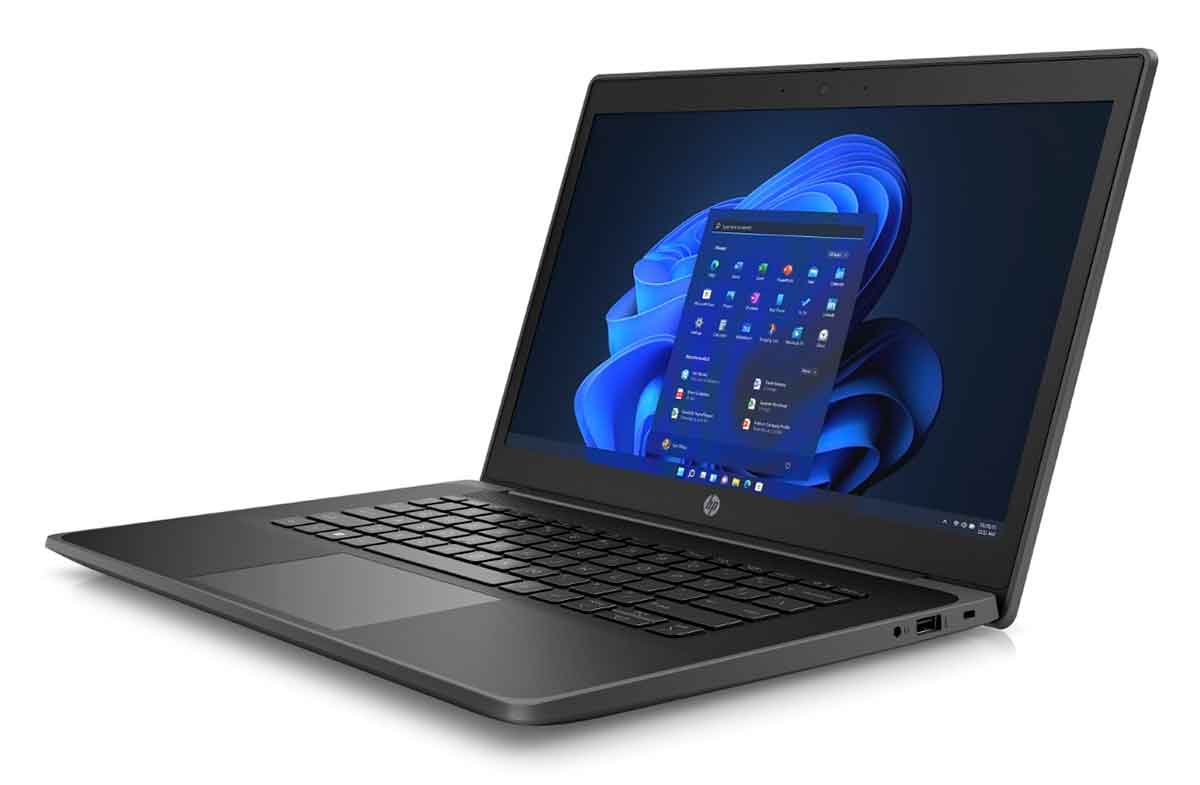 Here we find two devices that share a large part of their specifications, the main differences between the two being their options in terms of processors and network options. In both cases, and as its name indicates, we are talking about 14-inch screens with HD and FullHD options, in both cases with a touch option, and equipped with Windows 11 SE, as we indicated at the beginning of this article, and as in the models that we will talk about later.

The HP ProBook Fortis 14 G9 is offered with a choice of Intel Celeron and Pentium processors, While in the G10 we see a jump in this sense, because here we will find Core i3 and Core i5 chips of the twelfth generation. In both cases, the computers can have up to 8 GB of DDR4-3200 RAM. As for its storage, it starts from the 64 gigabytes of eMMC storage, although it will be possible to scale up to its maximum at this point, one PCIe NVMe drive up to 256 GB.

The other big difference, as we indicated before, has to do with its connectivity. In the case of the G9 we will find 4G LTE connectivity and WiFi 6, while the HP Fortis 14 G10 takes advantage of the Alder Lake news by offering WiFi 6E, although in exchange it gives up cellular connectivity. In all other specifications and features, G9 and G10 are similar.

Among them we find the integrated Intel UHD graphics, its HD webcam (720p), its battery of 42 Whr with 45 watt load and, of course, its integration of HP Wolf Security security features. 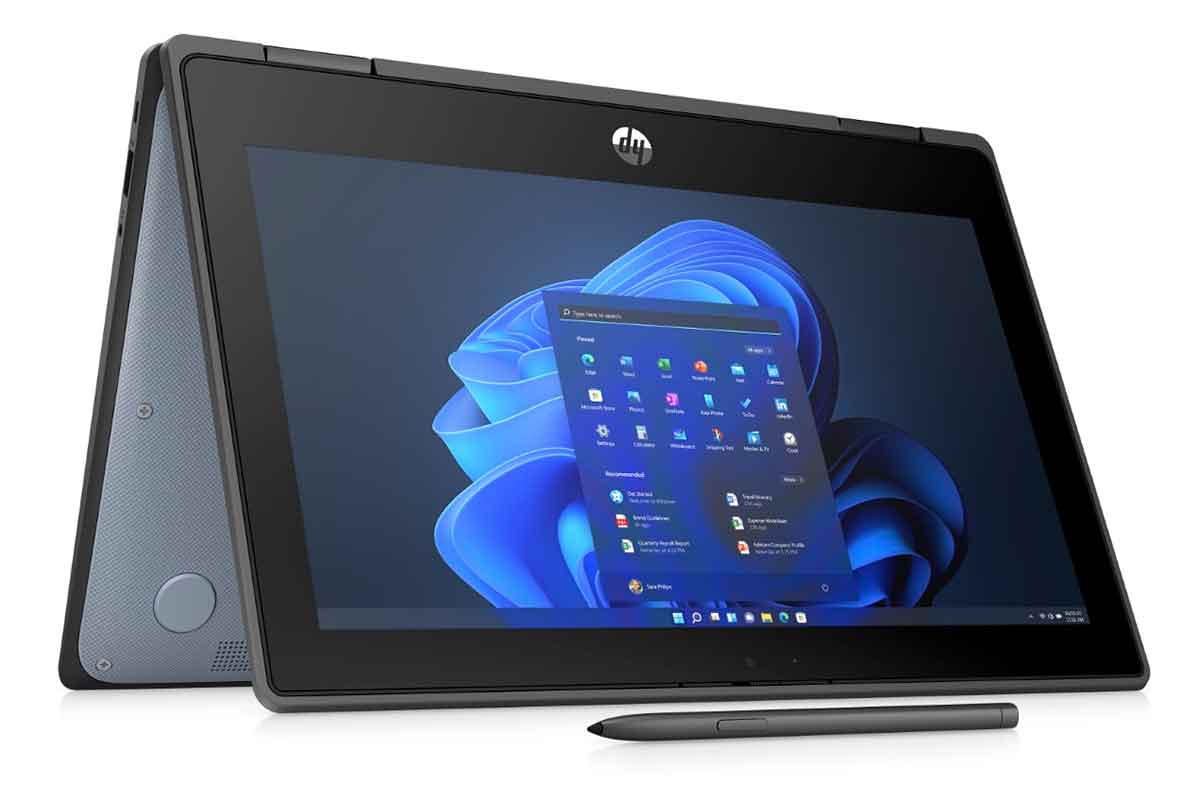 As in the HP ProBook Fortis 14 line, HP has also raised two lines for its convertible aimed at the educational sector. As its name indicates, in this case we find a 11.6-inch device. On this occasion, yes, the screen options have nothing to do with its resolution, which in both cases is 1,366 x 768 dots, nor to its touch functions, present in all its models. The main difference is found in its color representation, which in one of the versions covers 45% and in the other 50% of the NTSC space.

As you may have imagined, the differences between the G9 and G10 lines of these interesting convertibles is the same as what we have seen in the ProBooks, and in the case of the G9 we will find options based on Intel Celeron and Pentium processors, while for the G10 HP has opted for the twelfth generation of Intel Core, with chip options from the i3 and i5 family. In both cases his memory can reach 8 gigabytes (DDR4-3200 on the G9 and LPPDR4X-4266 on the G10). The storage, in both cases, goes from 64 gigabytes eMMC up to 256 gigabytes PCIe NVMe.

The other difference, surely you have learned it, is given by its wireless connectivity, and that is that again for the model HP G9 offers LTE and WiFi 6 connectivity, while the G10 forgoes cellular connectivity, but instead takes advantage of WiFi 6E connectivity typical of the twelfth generation of Intel Core.

As for the rest of its technical specifications, we find that they are quite similar to those of the HP ProBook Fortis lines, with integrated Intel UHD graphics, HD webcam (720p), its 42 Whr battery with up to 65 watt load.

Disney +: movies and series, all the news to watch this weekend

Problems at OVH: many sites no longer work