We like the HP Specter x360 as you may have seen in the analyzes that we have been publishing. And it is that this type of convertible machines offer enormous versatility at the desk and in mobility due to their multiple modes of use, from laptop to tablet.

HP has just announced the update of two of the most interesting versions of the series and that complement each other perfectly, the models with a 13 or 16-inch screen. They maintain the usual build quality in these premium computers and high-definition multi-touch screens, upgrading their hardware base to Intel Core Alder Lake processors and debuting the long-awaited dedicated Arc Alchemist graphics.

The smallest in size of the series with screen of 13.5 inchesoffers a selection of panels to choose between IPS FHD or a spectacular OLED with a native resolution of 3000 x 2000 pixels and a 3:2 aspect ratio that has not been used by this model until now. The bezels have been slimmed down for a 90% screen-to-body ratio and all panels are multi-touch with stylus support. HP includes a Tilt Pen with support for pressure-sensitive input.

Covered by a recycled aluminum chassis, the processors 12th Gen Intel Core U-series They preside over the internal hardware, with integrated Iris Xe graphics, up to 32 GB of RAM and 2 Tbytes maximum with PCIe Ge4 SSD for storage. Like all “x360”, they have hinges that allow the screen to rotate from 0 to 360 degrees to place it above the keyboard and multiply its modes of use.

Not bad in connectivity despite its size, it has Wi-Fi 6E and Bluetooth 5.2, a fingerprint reader, and a 65-watt USB Type-C charger that can take the battery from 0 to 50% in just 45 minutes. It also has two Thunderbolt 4 ports, a USB 3.2 Gen 2 Type-A port, a headphone jack, and a microSD card reader. 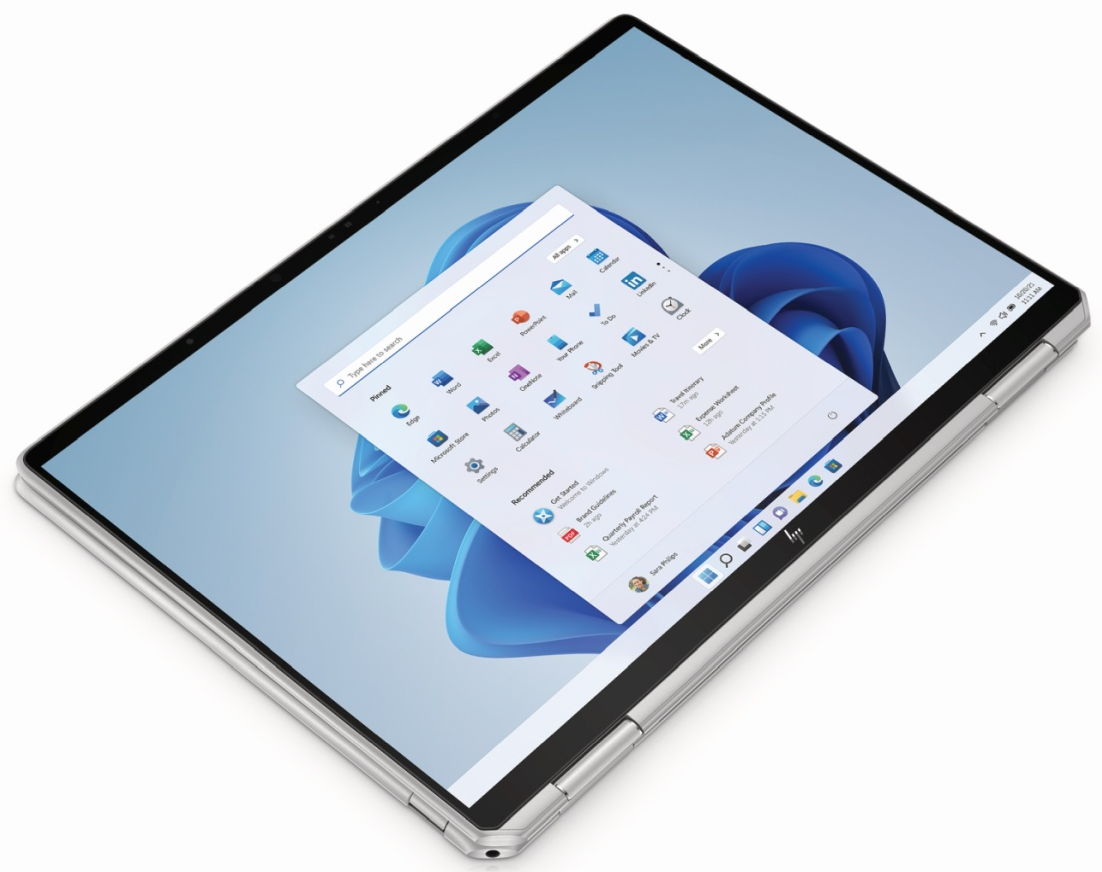 Another outstanding component is a 5MP webcam that, in addition to including an IR sensor for authentication and security tasks and a shutter for when not in use, is supported by an application with AI functions that promises to improve video calls with functions such as auto framing, auto backlight adjustment, noise reduction, and dynamic voice leveling. It must be said that the audio system is powered by Bang & Olufsen specialists and has four speakers. 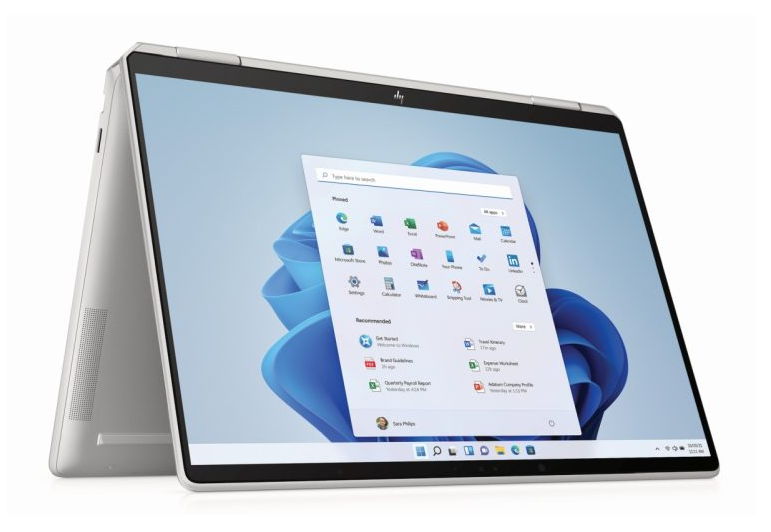 It was the last to join the convertible series in the one-size bet 16 inches that until recently was not used, but that is becoming a trend and is already used by all manufacturers. The display options are fantastic, from a 3072 x 1920 pixel IPS or a 3840 x 2400 pixel OLED, all a 4K and also with a 16:10 aspect ratio. They include Gorilla Glass protection and the HP Tilt Pen to take advantage of their multi-touch screen.

It also has an aluminum chassis and 360-degree hinges. It uses Core Alder Lake processors with models like the Core i7-12700H, although here the real star is a dedicated Intel ARC A370M graphics that HP cites the manufacturer in the announcement. 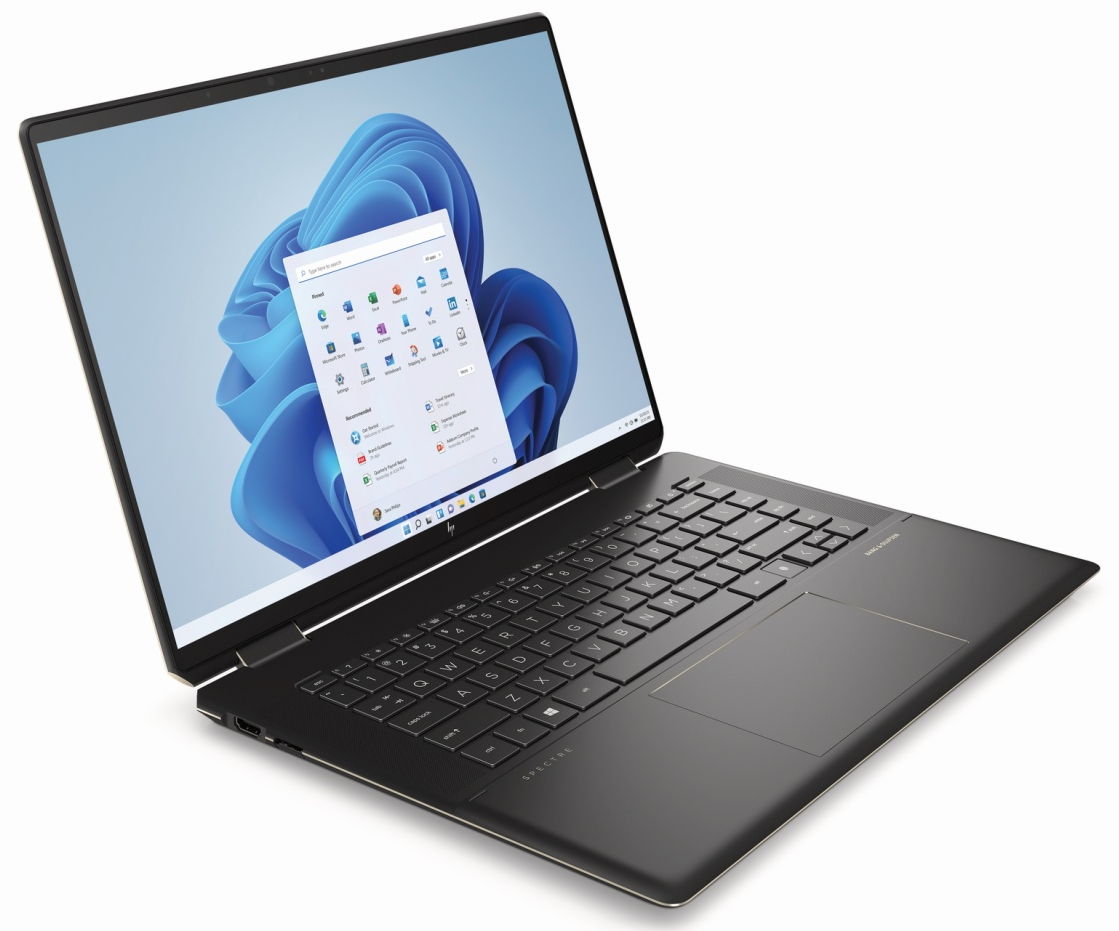 It has the connectivity of the 13-inch model and more, with an expanded battery up to 83Wh. With Windows 11 pre-installed and various color finishes, it will be available today with a starting price of $1,650. We will inform you in detail about the configurations of these HP Specter x360 when they reach the Spanish market. Next to Lenovo Yoga (for my taste), the best convertibles in the industry. Mario Kart is no longer the Mario Kart we all know: is this the future of Nintendo?