As planned, the Chinese company today held its first major event of the year to officially present the latest additions to its top-of-the-range family, with the Huawei P50 Pro and P50 Pockettorn between the traditional smartphone format and the increasingly popular clamshell folding format; and the Watch GT Runnera new smartwatch designed for the most athletic users.

Starting with the company’s flagship, we find the already advanced P50 Pro, a slightly higher version of its latest phone, which offers improvements such as a larger screen and refresh rate, the improvement of its camera system with the addition of a fourth sensor, and a slight improvement in its battery.

However, although this time we will see the presence of Google’s operating system instead of the more limited Harmony 2.0, it should be noted that we will meet again the absence of the Google app ecosystem. 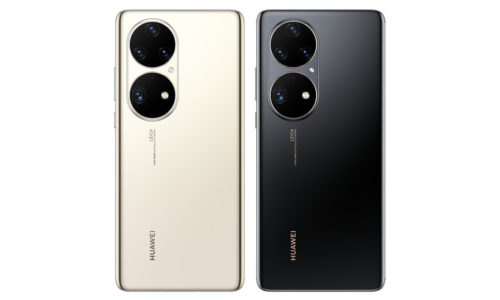 Without offering any other surprise compared to what was previously known, we find a 6.6-inch screen with curved edges, capable of reaching 120 Hz refresh rate and 300 Hz touch sampling ratereally interesting figures for lovers of leisure and gaming.

As for the rear part, the presence of its two large symmetrical circular spaces, within which the two camera configurations will rest, baptized by the company as Dual-Matrix Camera. Thus, as we mentioned, the selection of cameras will be practically identical to that of the basic model, with the only difference being a new 64-megapixel telephoto sensor. 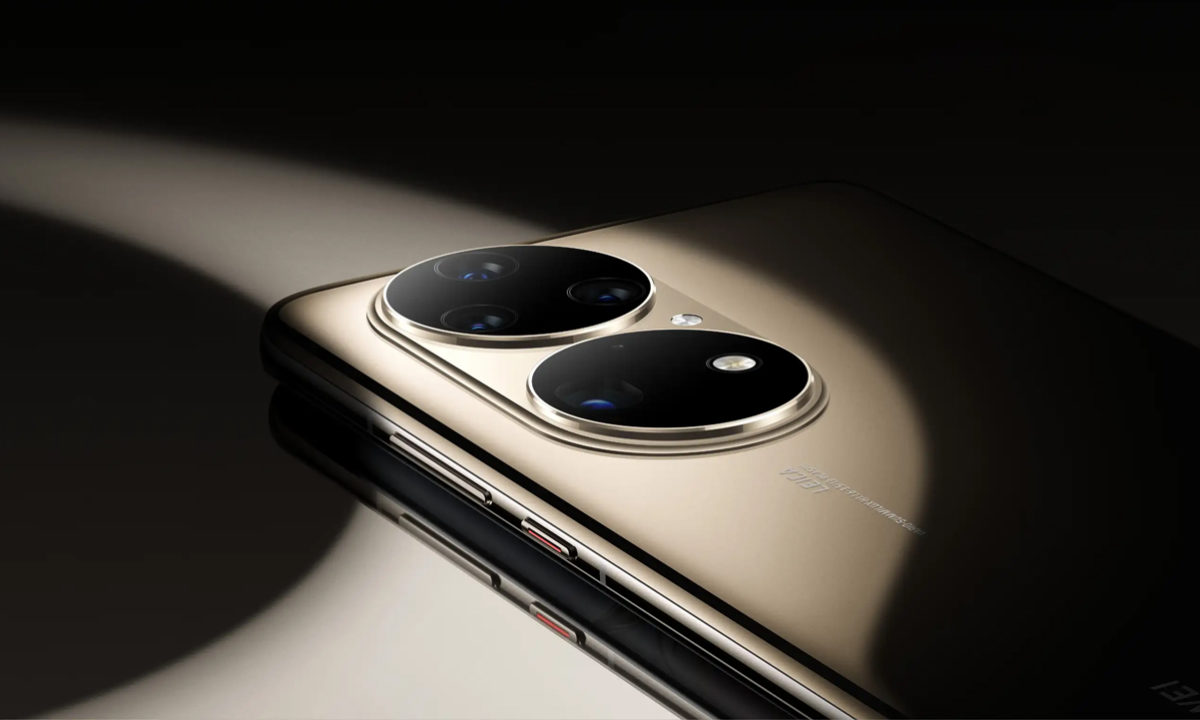 Finally, we cannot fail to highlight the great unknown of its limitation to the use of 4G networkssince the SoC used is prepared to work with a 5G modem, pointing to a possible problem derived from the still present veto of the United States.

With an immediate availability from today, we can now find the new Huawei P50 Pro available on the brand’s website in its two color variants Golden Black and Cocoa Black, distributed under a single version of 8 and 256 GB under a price of 1,199 euros.

The first thing that draws the attention of the Huawei P50 Pocket is that we are facing a terminal that adopts a clamshell Design, very similar to the current Samsung Galaxy Z Flip 3 and Motorola Razr. However, the biggest difference is its textured backunder two different color patterns and textures, available in black and white colors and a flat cover for the basic Huawei P50 Pocket, and some silver and gold colors with rough finishes for its premium variant, which will also have higher hardware specifications.

The Huawei P50 Pocket is built in metal and finished in glass, which means that it offers the user a premium finish. On the front we have a flexible OLED-type panel with a “zero gap” termination, that is, it does not leave any type of gap when the terminal is closed. How could it be otherwise, it is of the “all screen” type, and has a small circular island that is reserved to integrate the front camera.

Going back to the design, in the back we have two symmetrical circular spaces in which the cameras and a small auxiliary color screen will rest. Starting with the first, we find a three-camera setup, with a 40-megapixel main sensor accompanied by a 13 megapixel wide angle and a 32 megapixel hyperspectral sensor. Some cameras that, like the P50 Pro, will be backed by Huawei XD Optics and True-Chrome Image Engine technologies and software, to improve the sharpness and colors of images.

On the other hand, we will also have a 10.7 megapixel front camera. Although this sensor loses some relevance since we can use the main camera to take selfies, thanks to the small 1.04-inch external screen, with which we can take pictures even when it is folded.

Completing its family, this flip phone can be purchased from today, January 26, with an introductory price of 1,599 euros for its 12 and 512 GB version.

Finally, Huawei has also taken the opportunity to present its most recent addition to the wearables catalog in Spain, the Huawei Watch GT Runner, a smart watch clearly focused on the sports field that stands out for its lightweight design, the incorporation of a wide program of activities and exercises, integrated GPS, and a powerful autonomy of up to two weeks of use. 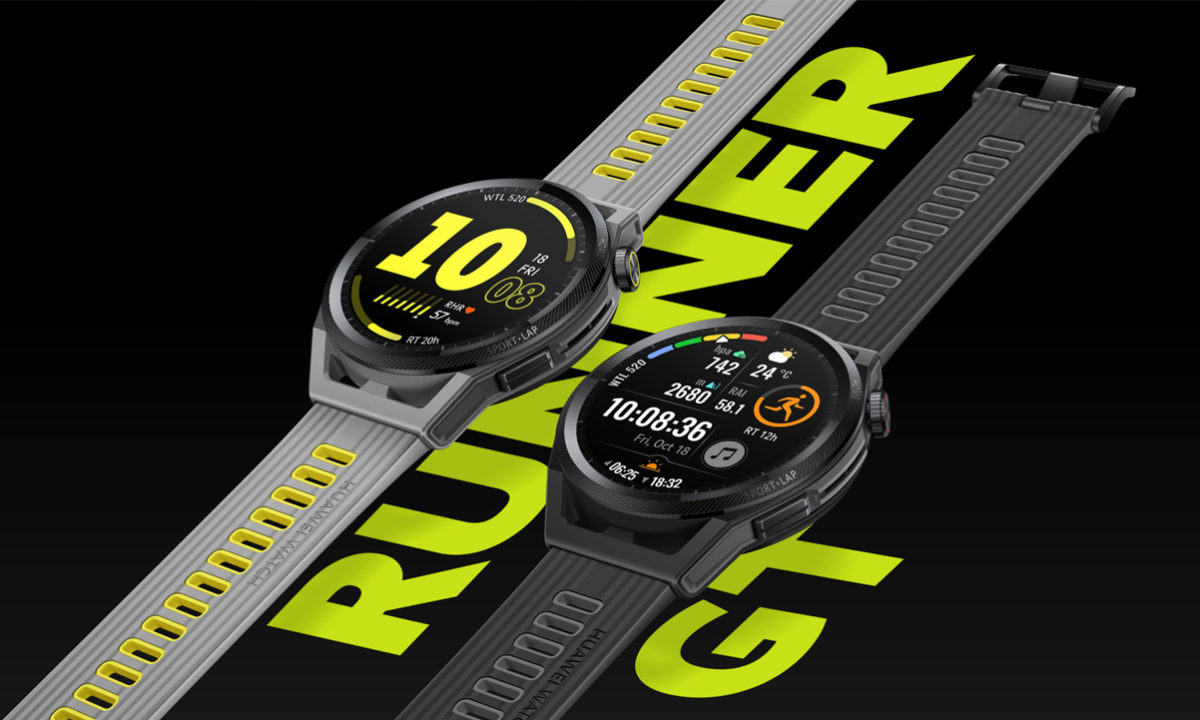 Although as its name itself indicates, its focus will be primarily focused on racers, with special additions such as the “Scientific Racing Program”, which offers amateur users suggestions for races, training volume and rest times; as well as evaluations, exercise and fatigue updates and even long-term performance analysis for professionals. All of them supported by an artificial intelligence that will choose our exercises optimally based on our gender, height, weight, heart rate, frequency of exercise, and other measurements.

Turning finally to its design, the Watch GT Runner is presented in a fairly classic sports format, with a 46.4-millimeter, 11-millimeter-thick polymer fiber case (leaving it at a weight of 38.5 grams only for the dial), completed with the presence of two buttons on the right side. 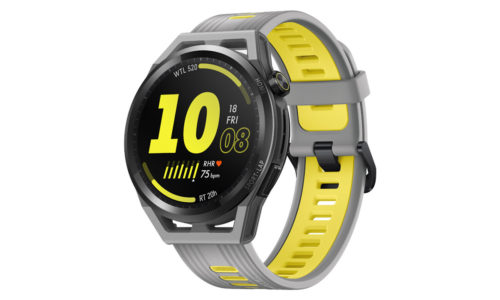 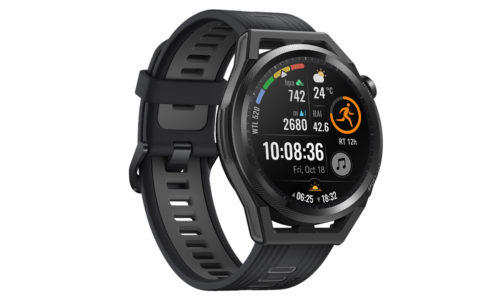 Thus, although we said that it is a watch aimed at athletes, we will continue to have the basic functionalities of a smart watch, and some other additional advantage. And it is that this watch will allow us to store and control music, take photos remotely, and even receive calls without the need to take the phone out of our pocket thanks to its integrated microphone and speaker.

Available in our country starting today, we can already find the Huawei Watch GT Runner available in two color variants, gray and black, under an introductory price of 329 euros.

How do Salvadorans pay in bitcoin?

Fan of The Lord of the Rings? There is a wordle for you