The challenges and opportunities that Artificial Intelligence provides to professionals and companies was one of the common threads of the «IA Forum« that the Fundación Alianza Digital 2030 and TPNET held yesterday in Madrid and was attended by prominent representatives of the public administration, the technology industry and companies that have launched ambitious digital transformation processes.

One of the most outstanding moments of the event was precisely the holding of the debate table “Challenges and Opportunities of AI”, introduced by one of the international references in our country in this field: Nuria Oliver. Scientific director and co-founder of the ELLIS Alicante Foundation, she is one of the most cited computer science researchers in Spain and is one of the most recognized European professionals for her work in the development of computer models of human behavior and artificial intelligence.

The scientist reviewed the situation of Spain and Europe around Artificial Intelligence. A territory that is far from reference countries such as the United States or China, clear references in this field that lead the number of investigations, patents and developments. To alleviate the situation, the ELLIS Foundation seeks to attract and retain European talent, create a leadership ecosystem and connect different work environments. Nuria Oliver gave more details about her initiatives:

«ELLIS has launched different programs to attract researchers to Europe, offer different work units like the one we have in Alicante or collaborate with public and private spheres. Our goal is for Europe to appear on the Artificial Intelligence map and thus get on the wave of the fourth industrial revolution.

Nuria Oliver, during the IA Forum 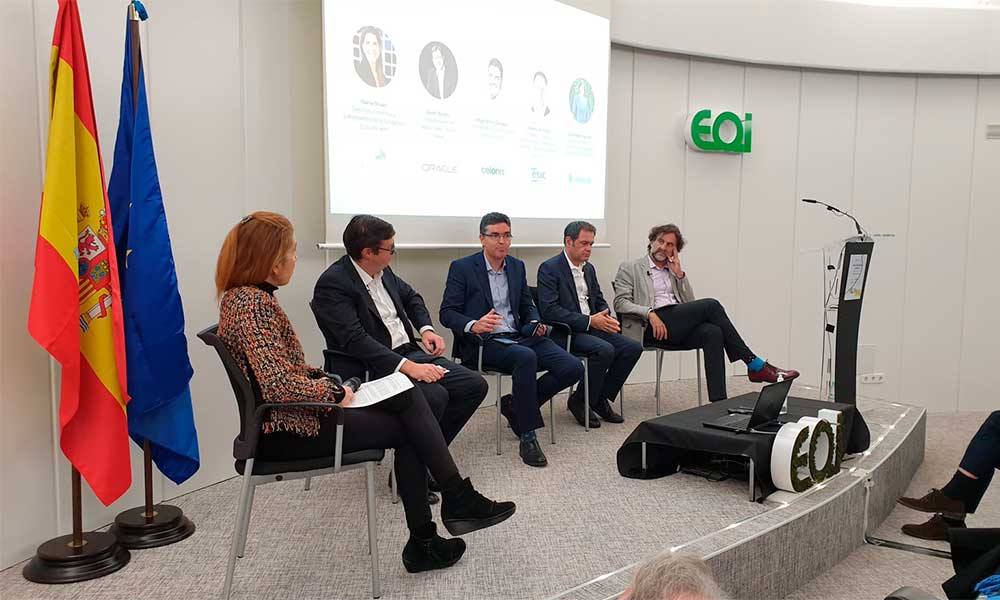 The participants presented different topics around the challenges and opportunities what this technology supposes in a context where Europe is creating a regulation in search of that global reference that the technology industry longs for.

When citing the great AI challenges, Javier Torrres, from Oracle pointed precisely to the need not to lose competitiveness in Europe: “We are not innovating in the scientific nucleus but only in companies and that is a problem. We need to go beyond structuring and organizing the data », the manager pointed out. A challenge to which Jorge Ferrer, from Celonis added: “Research needs to be applied and we are not taking that step”.

Another great challenge that was repeated throughout the day was that of get talent. A problem that extends to all of Europe where experts escape because they do not find the opportunities or the sufficient support. Jorge Ferrer, from Celonis explained: «For many years, talent has migrated because we have not been able to retain it or help them to advance. The same thing happens with startups that many cannot grow because they don’t have help ». In this sense, Alberto de Torres, from ESIC added another interesting point that «There is a lot of ignorance. We not only need to attract talent but also to transform those professionals who are already working to bring the value of AI to the entire organization and who can understand the value.

But if we talk about a great goal of AI it is to use it. “Only 15% of companies are applying this technology and this is a brake. Both the public and private spheres must collaborate so that it reaches more environments », stressed José Ángel Higueras, from Ineco. In addition to enhancing its use, do so with new organizational models and applications that bring obvious improvements. Javier Torres, from Oracle gave some examples: “We can use AI in recommendations applied to human resources, in financial planning or customer experience.”

Another major topic at this round table was regulation. Attendees noted the work being done from Europe to create a regulatory framework that helps lay the foundations for the ethical, sustainable and responsible use of AI. However, it is not a simple or trivial topic.

“We need a map of responsibility to know how far it is going, how it is implemented, how humans are respected and what consequences there are if it is not done”, declared the head of Ineco. And it is that each time it is clearer the implications of the use of technology and «The risks that they can imply. Society and experts see it that way and therefore, we must seek an ethical point of view », clarified the spokesman for Celonis.

In this regulatory context, we could not miss the reference to the European Funds that come not only to promote technological advance but also investment and new applications. Here all the managers agreed on the enormous opportunity it represents for Spain to advance as a country and position itself as a key point of R&D. In addition, José Ángel Higueras pointed out: “Money is starting to flow and a lot of projects are already being evaluated. Many reforms are already underway for these funds to help us. ‘

vikings and superheroes for the month of february

NASA: Astronauts will travel from the ISS to Earth without being able to use the bathroom, due to failures in SpaceX spacecraft