Just yesterday we announced the arrival of one of the most anticipated updates to Windows 11, the patch KB5020044 for version 2022 of the operating system that, finally, solved one of the biggest errors in this version: performance problems when playing games. Users who have installed it, and have played a game, will have seen how the game is now more fluid and stable, with fewer jumps and drops in FPS. However, Microsoft gives us one of lime and one of sand and although it has fixed this problem, now a new one has appeared.

A few hours after the arrival of this update, Microsoft published a report announcing a new error in the operating system. Specifically, this new bug is found in the Windows task manager, the one that appears when we press the Control + Shift + Escape keys and that allows us to see in detail everything that is running on the computer.

In this bug, the appearance of the task manager does not turn out as expected, and the affected users cannot correctly read the text in this panel. When we open it, we can see how a menu with a dark theme appears, and the text is also black, except for a specific entry.

This ruling only appears to users using a custom color scheme. That is, if we have Windows configured to come out in light or dark mode, the color palette will be respected and everything can be seen without problems. Also, of course, for this failure to affect us we must have installed the KB5020044 update yesterday.

How to mitigate the failure

Microsoft has already logged the bug on its bug page, and is working on a fix. However, since this is not a serious bug, we most likely won’t receive the patch until the second Tuesday in December, Patch Tuesday. Therefore, we have three options. The first one is to assume this error, which in the end is not serious, and wait for the solution to arrive. The second, uninstall the KB5020044 update and go back to the previous version, also returning to the PC performance problems. And, the third, solve it by hand.

As it is a problem with the custom color theme, what we must do to mitigate this error is enter the Windows customization section, and in the colors section, choose that we want to use a light or dark palette, but not a different one. personalized. The change will be applied to the entire system and the task manager will automatically work as normal again. 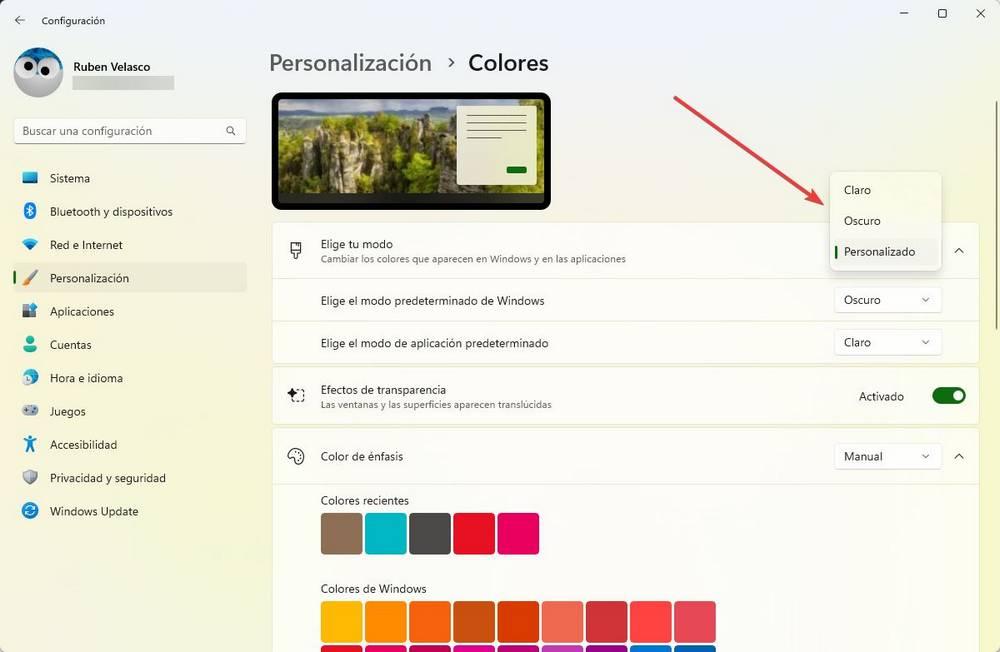 Unfortunately, this is by no means the only problem that Windows 11 has suffered since its update to version 2022. Users who already use this version have been able to experience first-hand Windows Hello problems, Direct Access, printers and remote desktop. Also, even though Microsoft said yes, the error copying files It has not yet been corrected, although, in this case, in the Insider version it is true that it is no longer present. This Notepad feature lets you search the internet directly What document formats can I use with OneDrive?