It is common knowledge that Intel Alder Lake processors will work with the new Intel LGA1700 socket. With an increase of 41.7% in the number of pins, this socket will adopt a rectangular shape instead of the usual square that the current LGA115X and LGA1200 sockets have, and in fact the shape of the processor will be 37.5 x 45 mm. As a result, some manufacturers are working on new mounting kits to retrofit existing heatsinks and ‘recycle’ them into the new socket, but as we’ve already mentioned, it has been found that it might not be a good idea.

The rectangular body of Alder Lake processors will prove to be a problem for some CPU coolers, especially those that use direct contact technology in their heat pipesas its position may not optimally cover crucial areas for Alder Lake CPUs due to the heatsink not being designed for the shape of the chip.

AIO liquid cooling systems, on the other hand, should work fine but it will depend on how the CPU water block is designed; those with a rectangular design feature micro channels that flow through the entire IHS, unlike a conventional CPU cooler. Author Igor Wallossek believes that those designed for AMD’s Ryzen Threadripper or Intel’s Xeon CPUs will perform the best on these processors.

For reference, the motherboard anchor hole pattern in the existing LGA1200 socket is 75 x 75 mm, while the separation between holes in the LGA1700 socket is 78 x 78 mm, something that will leave more than one heatsink without compatibility and forcing manufacturers to launch adaptation kits. 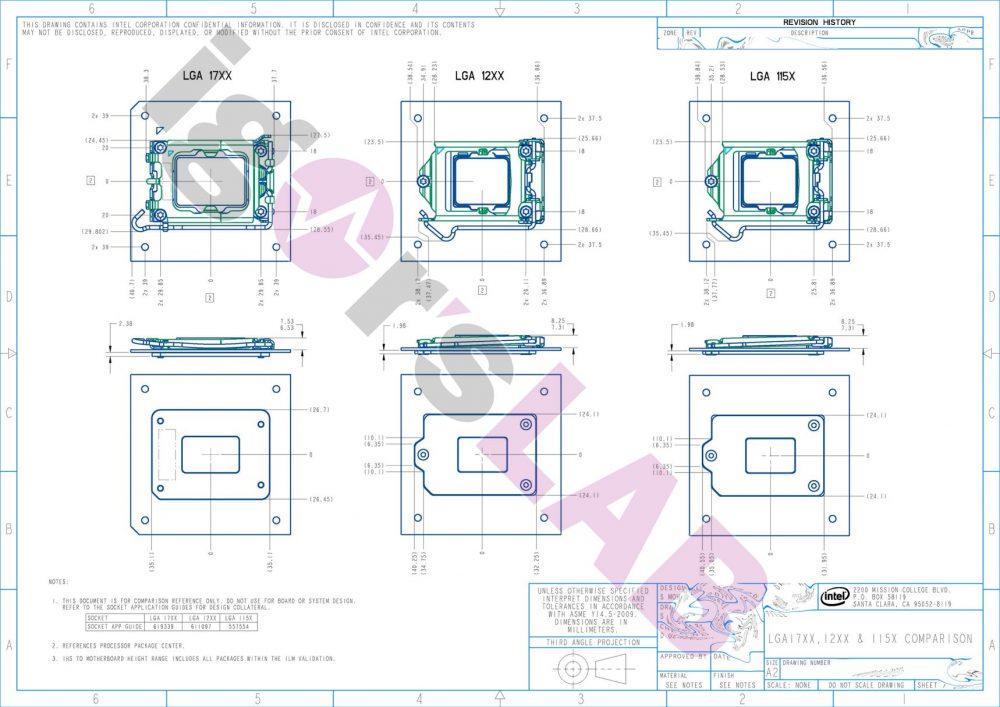 Although the LGA1700 socket will use a new cover to protect the pins, the locking mechanism remains unchanged, and on the subject of pins, they are arranged in two areas in an L-shape instead of a square, which is why it is thought that direct contact technology heatsinks will not provide adequate performance because their heat pipes will not be distributed just above these pins.

If the leaked diagrams are accurate, Intel could include its signature circular heatsink with the Alder Lake processors, as this design seems precisely optimized for their “lifetime” heatsink (obviously you won’t be able to use a previous generation Intel stock heatsink as it will not be compatible with motherboard anchors, which as we said before have a 78 x 78 spacing instead of 75 x 75mm)

This Telegram trick allows us to export chats safely

New interface for Word and Excel available: so you can try it