IMAX Enhanced is a new feature that Disney+ recently added to its streaming service. At the moment it is only offered for some titles of the Marvel Cinematic Universe and advanced functions of the format are missing to be implemented, but the truth is that looks really great and no need for new hardware, as any television purchased in recent years can support it.

Some users have good equipment to enjoy home theater; quality televisions and large diagonals; or use the alternative offered by projectors; multi-channel sound equipment at the level of video and even units dedicated exclusively to enjoying good cinema and getting closer to what a commercial projection room offers at home. We say approach because it is impossible to replicate the experience of a movie theater and even more so when we talk about one as spectacular as those of IMAX.

What is IMAX Enhanced

Since it is not possible to replicate the screen size, audio or the same facilities of this cinematographic projection standard (perhaps the most advanced on the market), what Disney Plus does with IMAX Enhanced is to use its main format, an aspect ratio that allows increase viewing by 26% on the traditional format of current films and remove a good section of the horizontal black streaks.

As you know, the aspect ratio is the ratio between the width and height measurements of a display screen. It is calculated by dividing both and generally expressed as “X:Y”, although it can also be found by trade names. There are plenty of them, each with their own native resolutions. If the most common in computer monitors today are 16:9, 16:10 or 21:9, others are used in cinematography.

While a movie shot in ultrawide format uses an aspect ratio of 2.39:1, IMAX uses special cameras and tapes to deliver 1.90:1. Since home TVs are generally 1.77:1 aspect ratio, you still see the black lines, but they are much smaller in size, improving viewing capacity and offering a far superior experience. 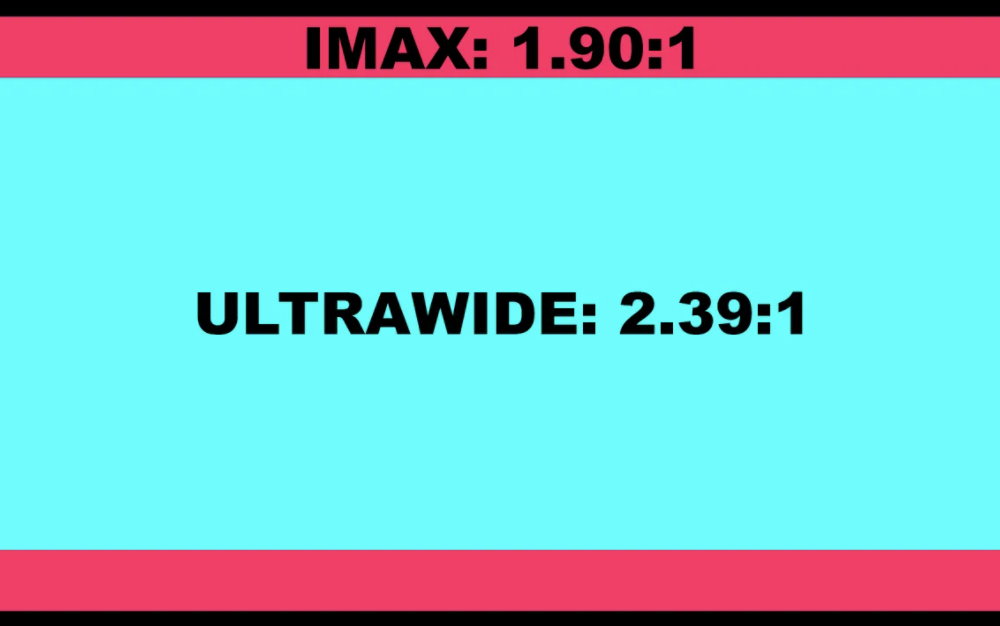 Although there are some platforms such as Sony’s Bravia Core or Rakuten TV that support it, Disney + is the only streaming service among the big ones that offers it. At the moment it is limited to some Marvel titles and not completely in video or audio.

It must be said that IMAX Enhanced it’s more than a special aspect ratio. Includes certifications and guidelines for HDR high dynamic range content and for advanced audio standards. For example, IMAX partnered with the company responsible for DTS (alternative to Dolby Vision and Dolby Atmos) to include its features. Disney has not added these features yet, although it is expected to do so in the future.

Also note that the extremely high price of IMAX camera systems reduces their use in film productions (just as it limits the number of theaters available to project them) and there is not as much content as those who are passionate about this type of film would like. In addition, there are films that do not use it in all of their footage and are limited to shooting some types of scenes, such as action scenes.

As we said, Disney + currently supports the format for some Marvel deliveries. In titles like Doctor Strange, Guardians of the Galaxy 2 or Black Widow it is only available for some scenes, while others like the last two installments of Avengers or Shang-Chi offer it throughout its footage. 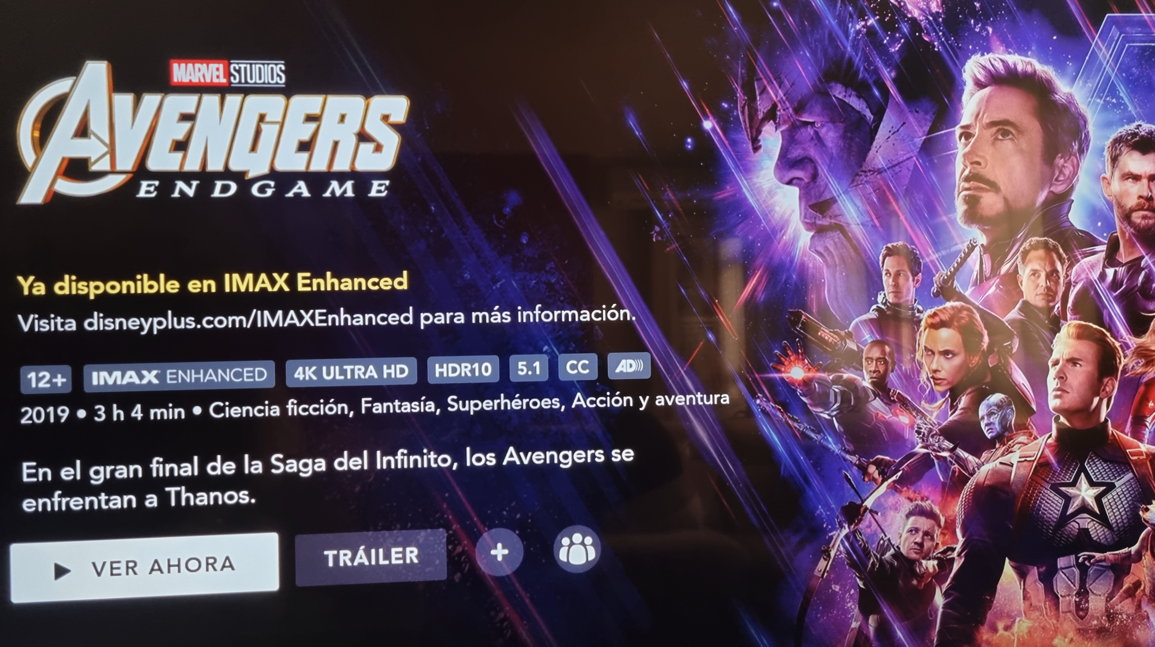 In these cases, if you add a good sound bar or (better) a more complete set with an A/V amplifier and good speakers in a multi-channel system, the experience is outstanding, always understanding our limitations at home, size of the living room or of the television. and the respect due to the neighbors if you turn up the volume. 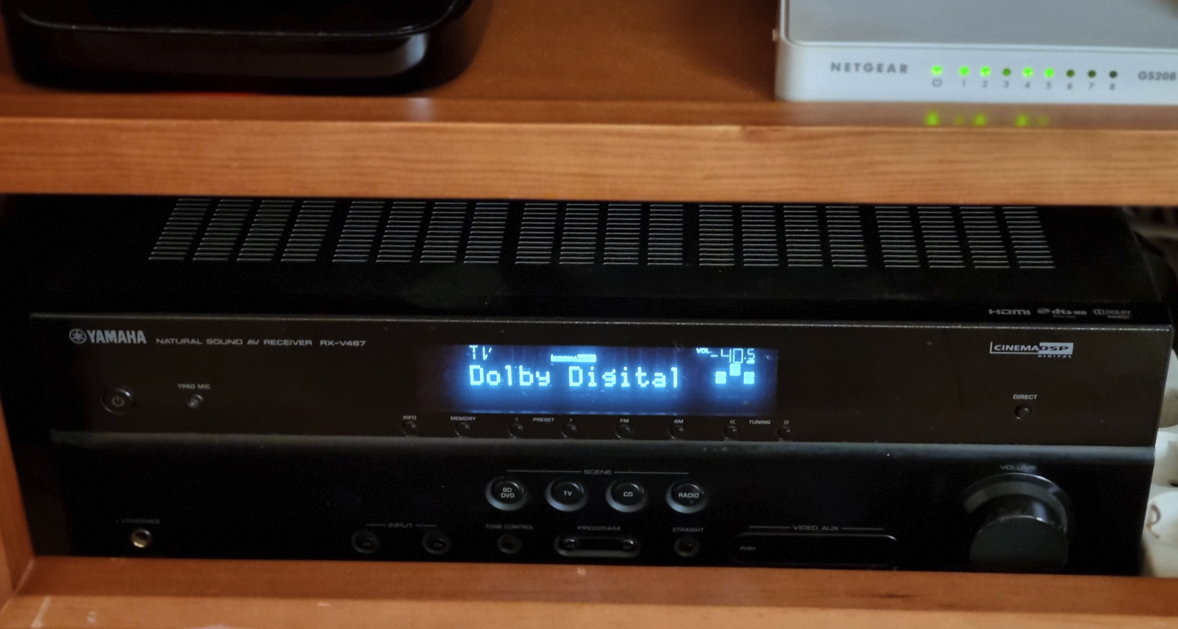 The good thing is that Disney + offers it no additional cost to the subscription price and that has promised to add features (and hopefully more movies beyond Marvel) to this IMAX format that we can get closer to at least in its format, increase viewing by no less than 26% and reduce those annoying black stripes of traditional ultra formats widths that are the vast majority of the current film scene. Even most titles recorded for IMAX end up in standard format when distributed to the home.

Another advantage. To enjoy this format you don’t need additional hardware or dedicated TVs. Although Sony, HiSense or TCL models take advantage of marketing to show themselves as “compatible”, the reality is that you can use it on almost any television purchased from 2018. Or on mobile devices or on PC monitors through web browsers or the Disney+ apps. And if you don’t like this format (it will be rare) some titles also offer the standard widescreen version, with a selection of one or the other in the ‘versions’ tab. 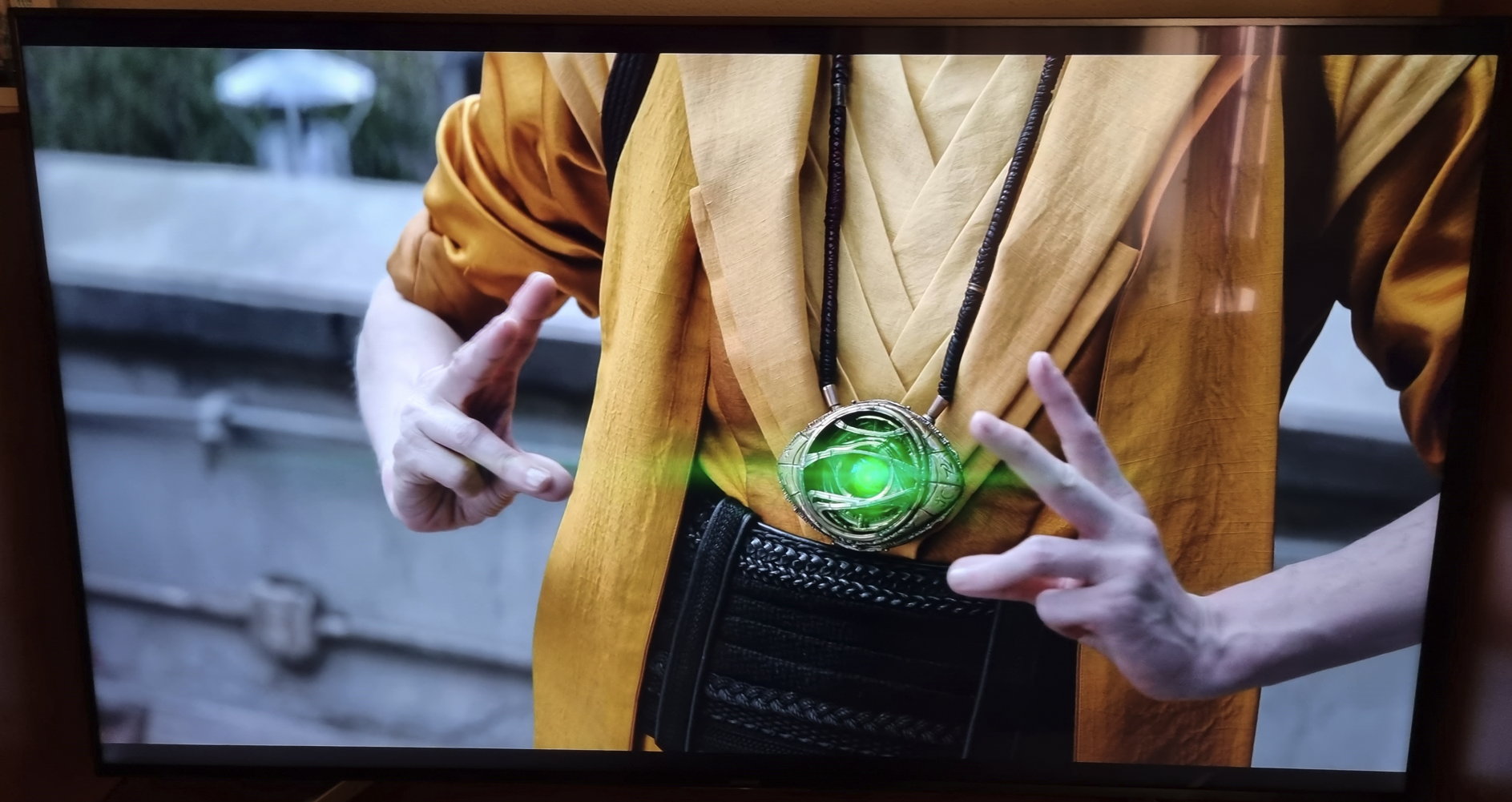 IMAX Enhanced on Disney Plus does not go much beyond the enlarged aspect ratio and specifications are lacking, especially on the audio side, but this adaptation that allows get up close to what IMAX has to offer from the comfort of your living room.

Updating Windows 98 in space, a challenge that the ESA has to face

The best contents of the week in MC (CCCXVI)