As planned, today was the big day. The chip giant has introduced the Intel Arc Alchemist for laptops, a new generation of dedicated graphics solutions that use the Xen Gen 12 architectureand which are designed to truly compete with the GeForce RTX 30 Mobile, and AMD’s Radeon RX 6000M, both in terms of performance and supported technologies.

The entire Intel Arc Alchemist series is made up of dedicated graphics solutions, and these fall into different ranges, which means that the chip giant will offer perfectly adjusted options to optimally cover both the market for low-end with the mid-range market, and also the high-end market.

It is clear that this differentiation means that the Intel Arc Alchemist will offer a very different performance depending on the range in which we focus, but luckily this will not affect the set of supported technologies. By this I mean that the entire Intel Arc Alchemist series will have dedicated cores for speed up ray tracingand with XMX units for accelerate AI and hardware support for Intel XeSSan intelligent image reconstruction and upscaling technology that will compete with NVIDIA’s DLSS. 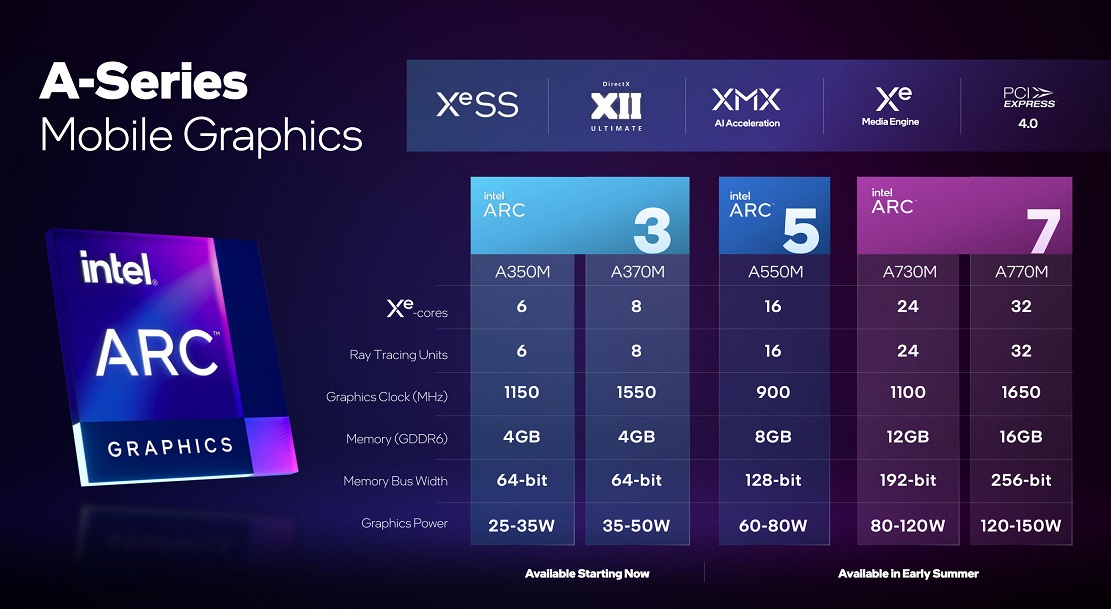 The new series of Intel Arc Alchemist mobile graphics solutions is divided into a total of three different ranges; Intel Arc 3, which is part of what we can consider as low range; Intel Arc 5, which positions in the mid-range; and Intel Arc 7, which is in the high range. 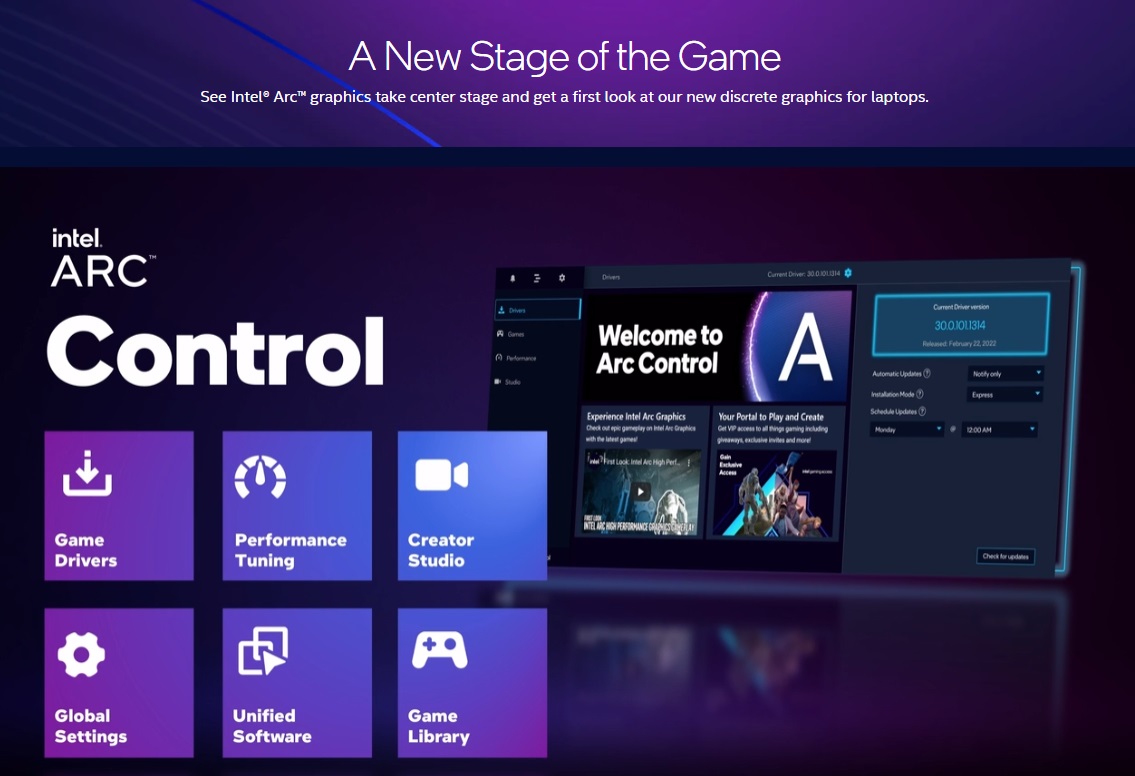 In the image we can see Intel Arc Control, a new all-in-one software for gamers and content creators that includes drivers and other tools.

As we have anticipated, we have three ranges, but a total of five models. The first to arrive will be the Intel Arc Alchemist 3which will be available starting today. The Intel Arc Alchemist 5 and 7 will begin to be available at the beginning of this summer, although we do not have a specific date nor do we know yet which laptops will be the first to use them, so we have to wait. 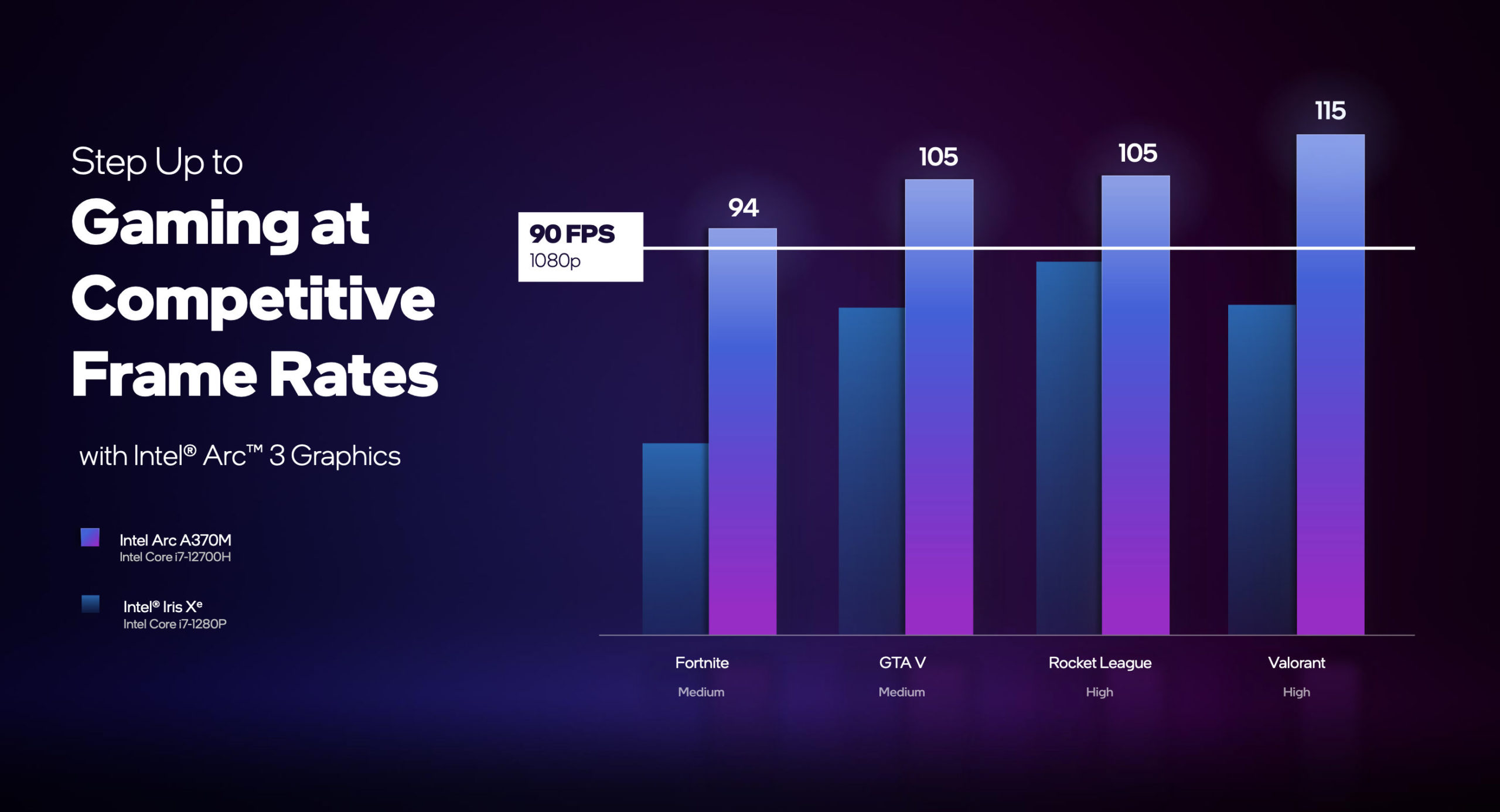 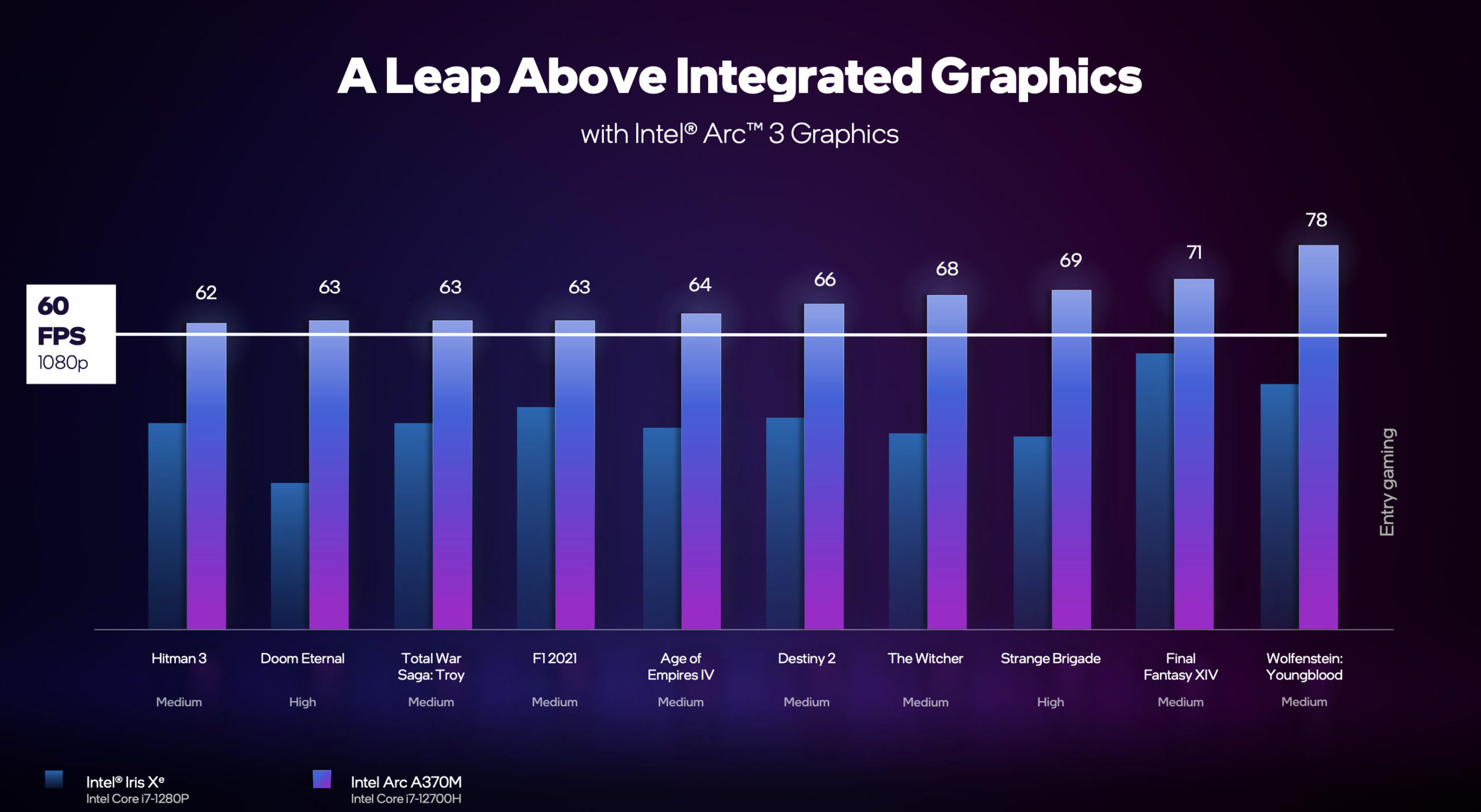 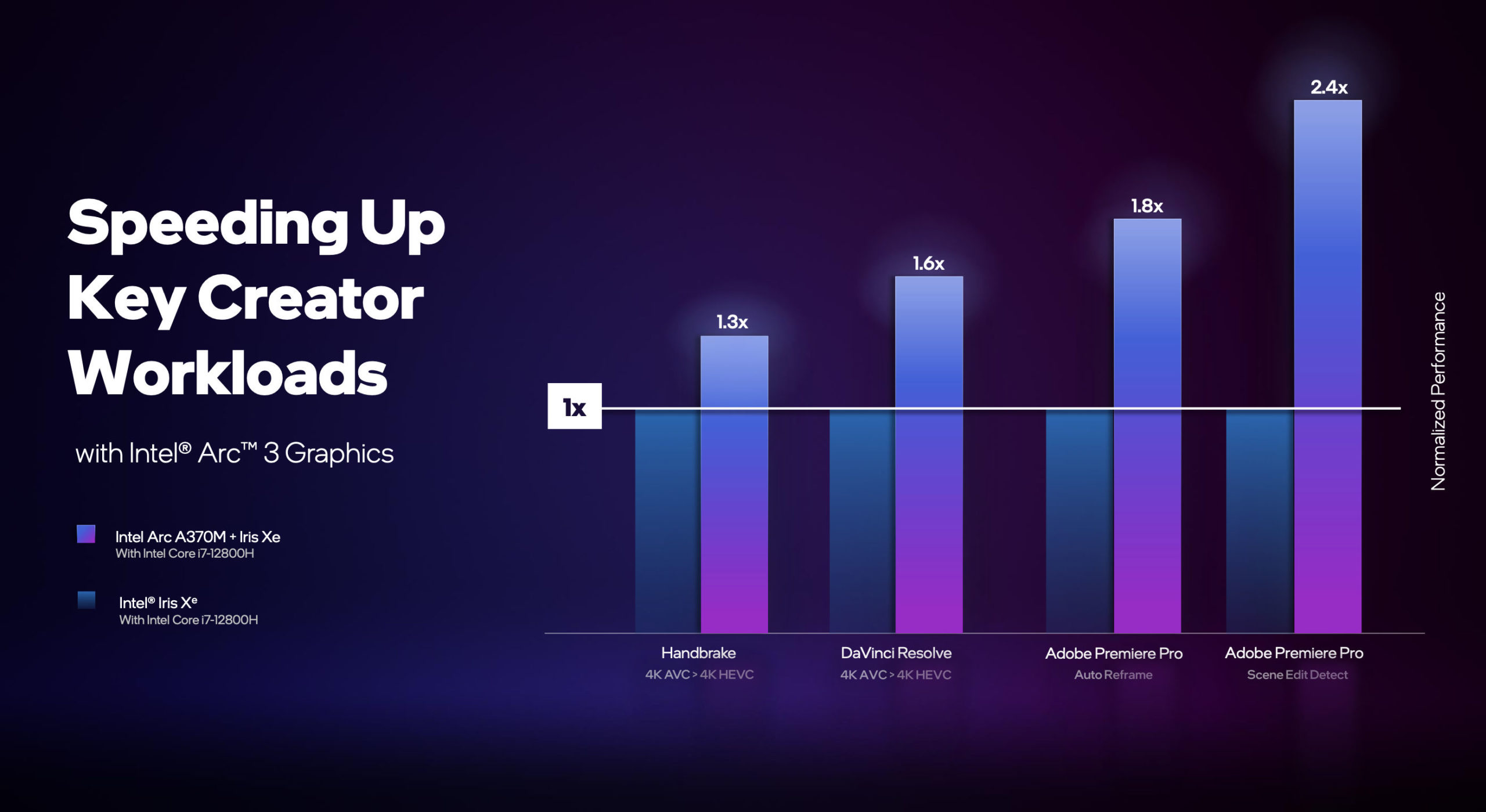 Intel has not made a direct comparison of the Intel Arc Alchemist 3 with the graphics solutions currently offered by NVIDIA and AMD, but it has given some performance data on these compared to the Intel Iris Xe, and the values ​​we have seen are quite good ones. The difference is substantial, and despite the fact that these are cheap and low-end graphics solutions are capable of delivering a 1080p-60 FPS experience in many current gamesas long as we adjust the graphic quality to medium or high levels. 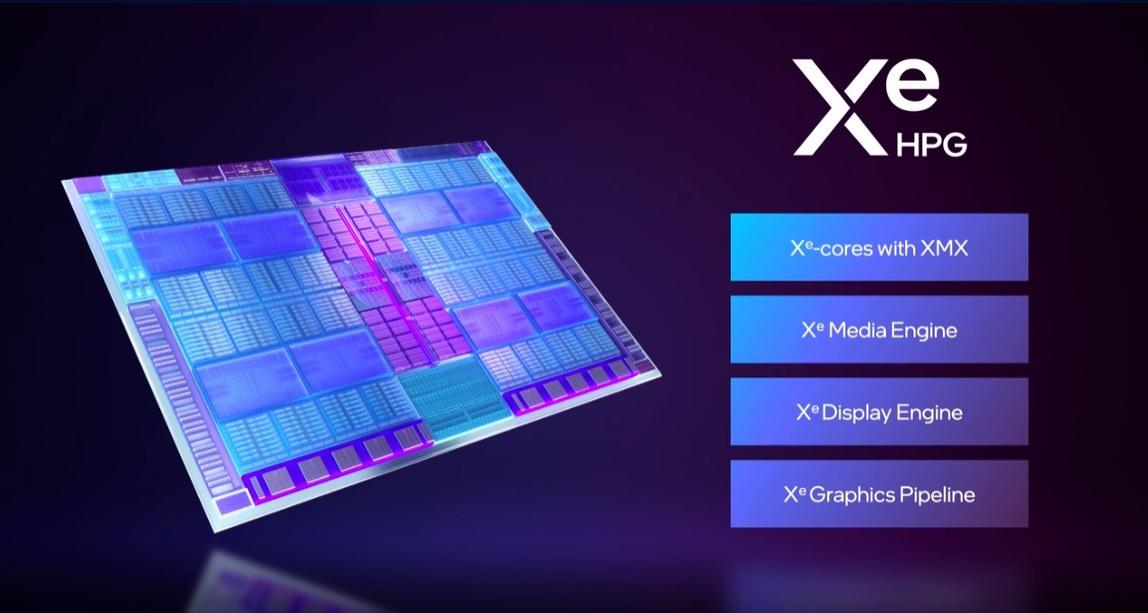 Key technologies and specifications of the Intel Arc Alchemist

Intel Arc Alchemist graphics solutions use the new Xe HPG architecture, stands for “High Performance Graphics”, which means that they are aimed at gamers and content creators. Each Xe block includes a total of 128 shaders or FP32 cores, as well as a unit for accelerating ray tracing and XMX arrays, that are specialized in accelerating tasks associated with artificial intelligence and are essential to enjoy support at the hardware level of Intel XeSS. 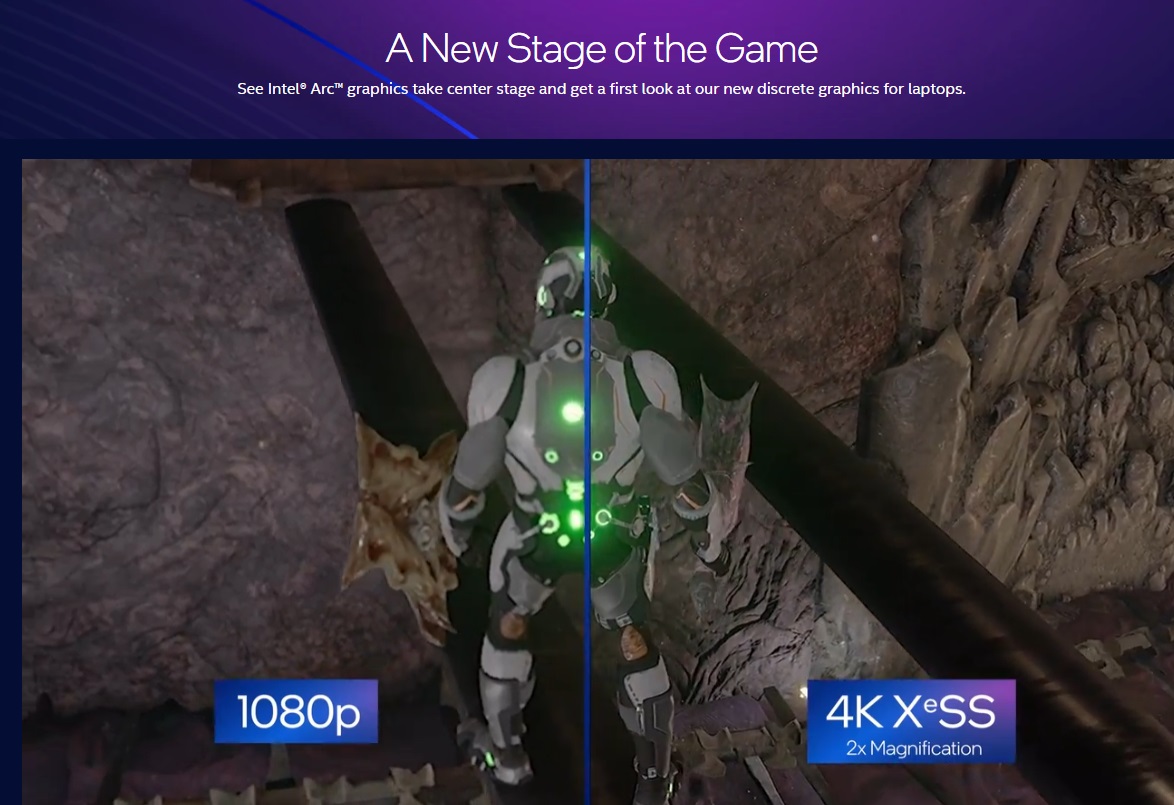 Intel XeSS technology has generated good feelings in the first demos that the chip giant has shown. We know that initially it will be available in around about twenty games, but later it will be extended to other titles. Intel has used this event to once again emphasize that it will be an open and easy-to-implement technology. 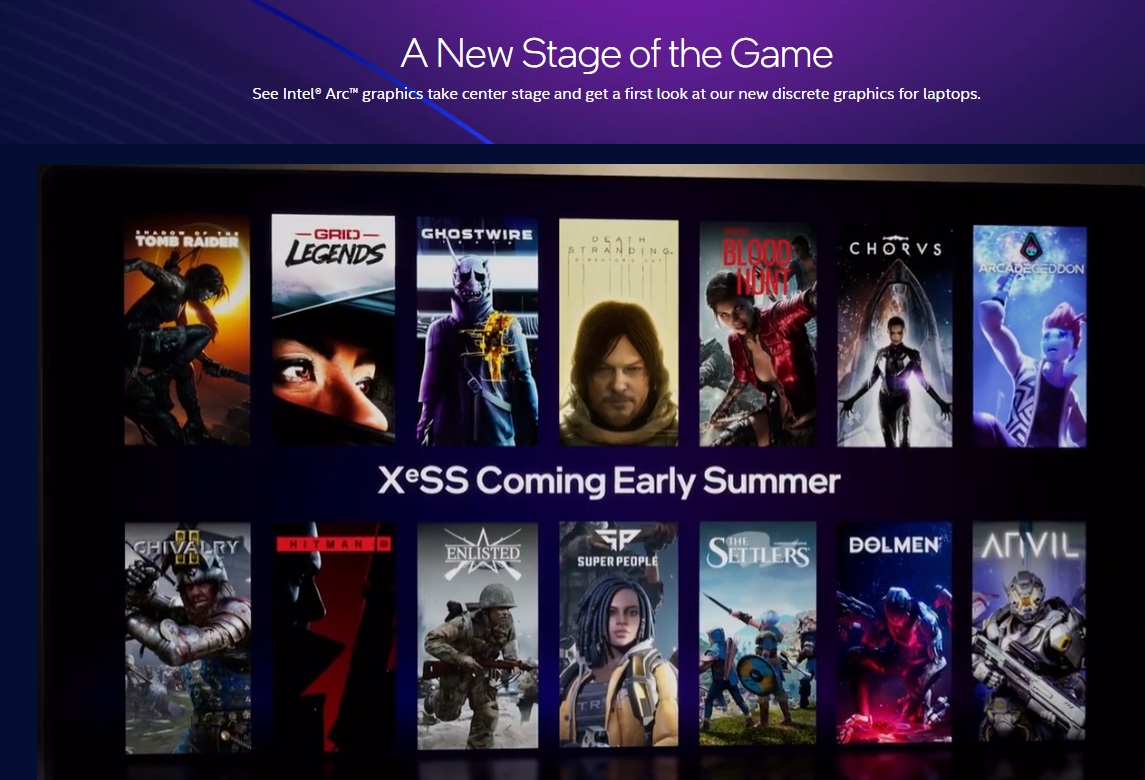 All Intel Arc Alchemist solutions offer full hardware acceleration of the AV1 codec, have full DirectX 12 Ultimate support, and use Intel Deep Link Technology, which enables perfectly synchronized operation between CPU and GPU. Both share consumption, and this is intelligently balanced based on the workload. Thus, when a load is more intense at the CPU level, it is allowed to consume more, and vice versa. Without further ado, let’s see the specifications of each model. 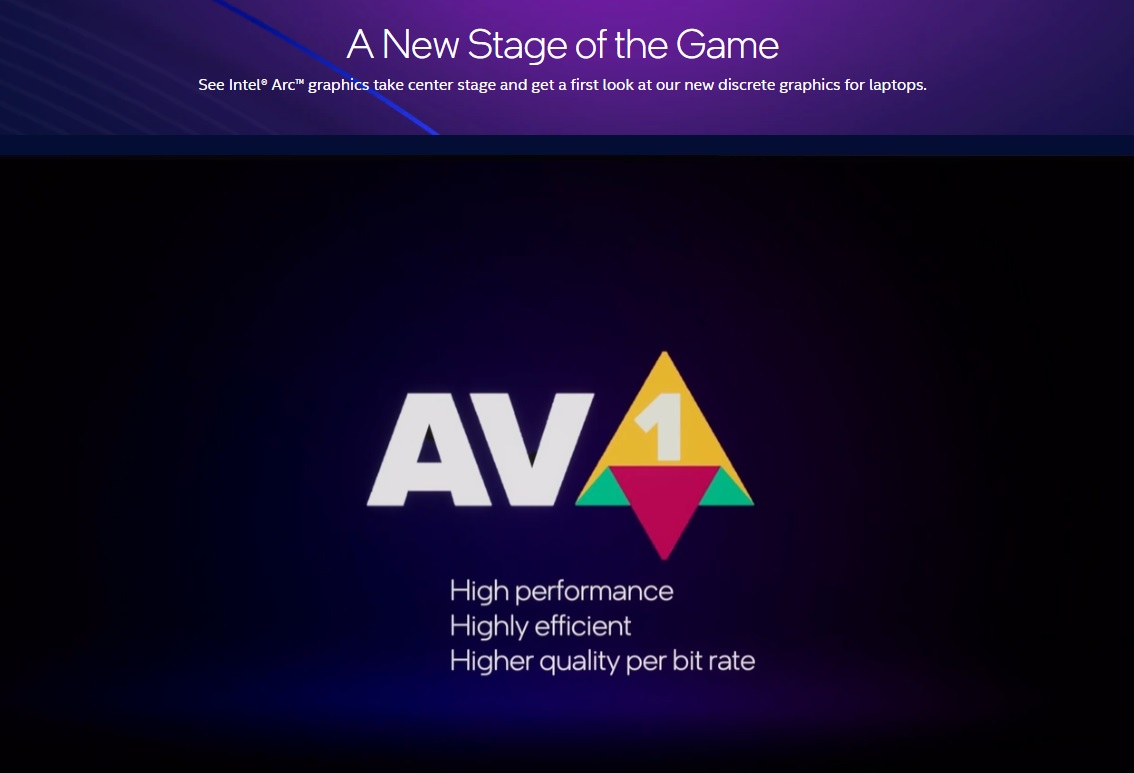 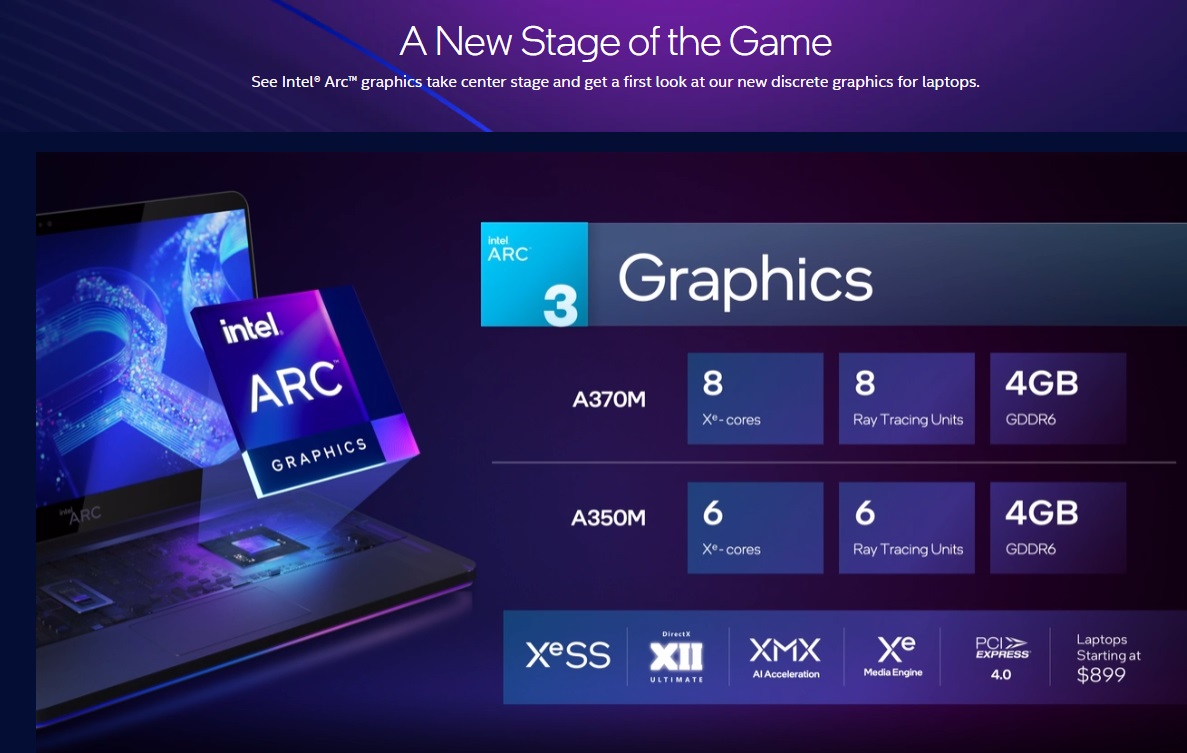 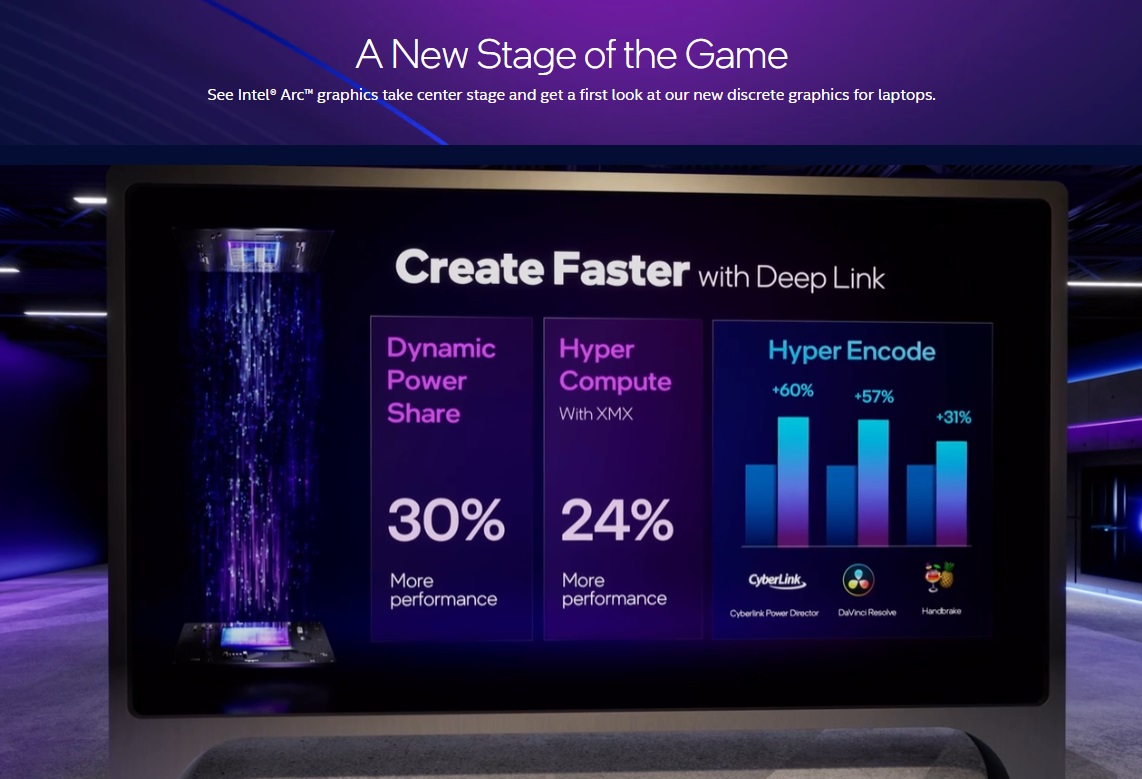 Final Notes: Intel has a little surprise in store for the end of the event

In the presentation video of the Intel Arc Alchemist for laptops, the chip giant has left a small surprise for the end: the design that its Limited Edition Intel Arc Graphics Card, and that you can see in the attached image. The cooling system that incorporates part of a radiator and two fans, which leaves us with a fairly conventional double slot format. 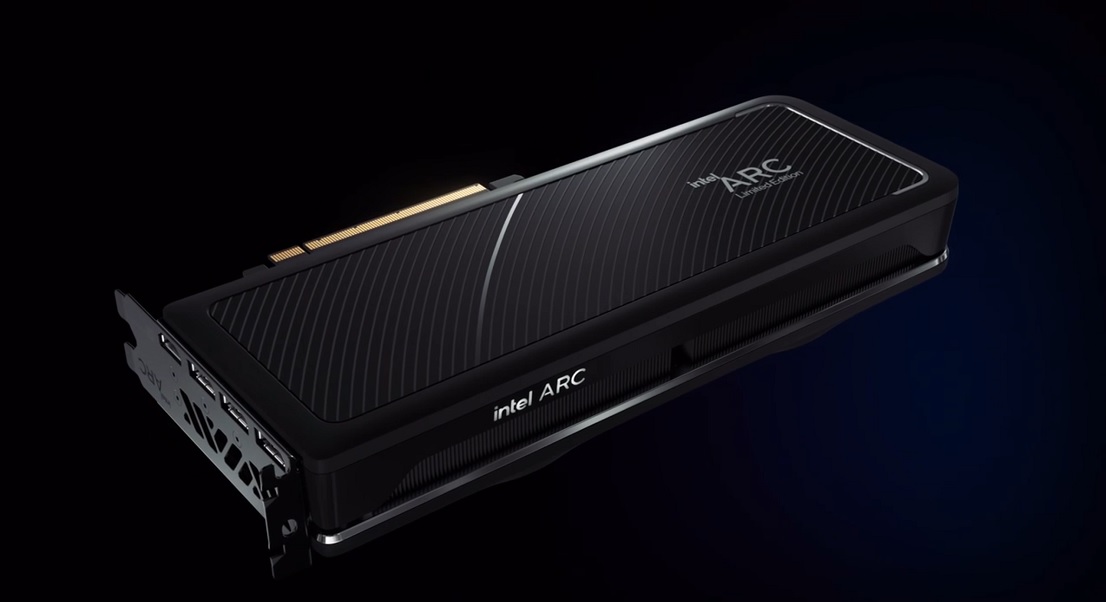 Intel has taken great care with the design, and has shaped a very striking graphics solution, although we are not sure that this same design will be used in the standard edition. So that you can see it in more detail I also leave you the official video. Will be available starting this summerbut we do not know at what price or with what level of availability.

Nintendo: he faces 5 years in prison and a fine of 4 million euros for allowing Switch games to be pirated