In previous leaks, we learned about the code names and expected performance targets in Intel’s next-gen CPU families. Three subsequent Meteor Lake alignments codenamed Arrow Lake, Lunar Lake, and Nova Lake were the focus of the leak, but not much was explained about the characteristics of the next generations other than their expected compute nodes and launch timelines; Now, a new leak has expanded this information and some interesting details have been added that we will tell you below.

Intel Royal Core will reach the pinnacle with Lunar Lake

For starters, the source claims that Alder Lake and Meteor Lake are warming up for Intel’s “end game”; With these, they aim to offer an advanced and perfected mosaic chiplet design that would use an architecture of 2.5D or even 3D stacking. This is not just Intel’s goal, it was the vision set out by Jim Keller, who helped Intel design these next-generation core architectures.

In fact, the post-Meteor Lake lineup would be unlike anything Intel has done thus far, and according to the source, Jim Keller has internally referred to the architecture as’Royal Core«, Which makes it seem like a step beyond the traditional central architecture that has been used for more than a decade. The first “Royal Core” architecture would be Lion cove, which is expected to debut with the 15th Generation of processors, Arrow Lake, and a more polished version will already be included in the 16th Generation, Lunar Lake. This Royal Core design will be further enhanced with the 17th Generation, Nova Lake. A common denominator in all the leaks on the matter is that Lion Cove’s perfected design on Lunar Lake will be what will give Intel its first victory over Apple’s next-gen ARM architecture for the foreseeable future.

Compared to Golden Cove, Lion Cove will bring at least a 30% IPC jump, so that’s probably what we’ll get with Intel Arrow Lake. To this must be added another IPC performance jump of 5-10% in Intel Lunar Lake, and more extended with the Panther Cove cores for Nova Lake.

Future generations of Intel CPUs and their IPC 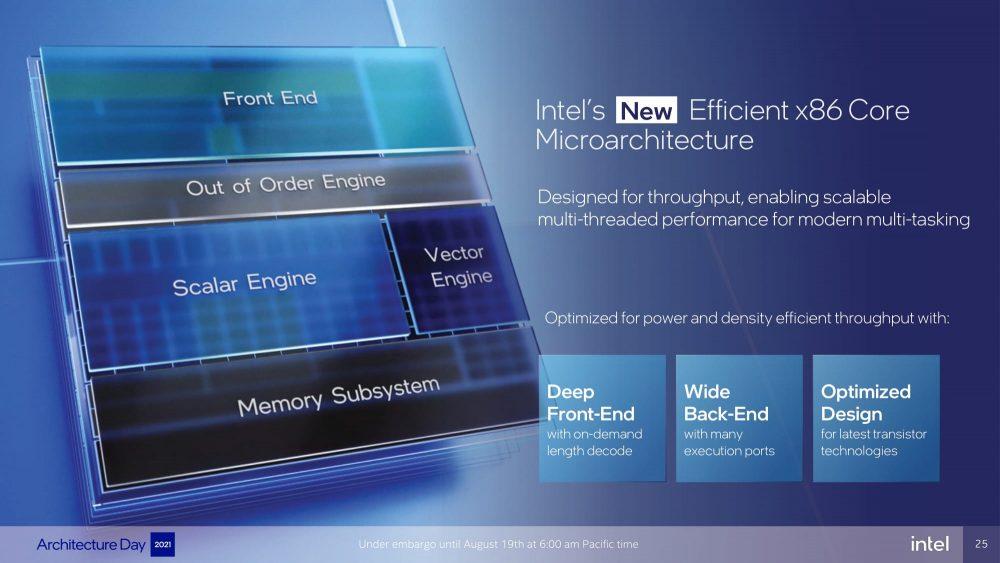 It is not explicitly stated in which generation, but by 2026 Intel is also expected to adopt SMT4 for its CPUs, memory support for up to 7,400 MHz DDR5, integrated machine learning cores, and much more. The timeline coincides with Nova Lake, so it definitely looks like this will be when we go to see the biggest changes to Intel’s CPU architecture.

We are going to do a review of everything that is known about the next generations of Intel below:

This is a name we haven’t heard of before and, from the looks of it, it will be the architecture upgrade on Intel compute node 4. Intel’s Arrow Lake CPUs are said to feature an updated compute tile with cores Lion Cove and Skymont in configurations of up to 40 cores (8 large and 32 small).

Arrow Lake’s high-end enthusiast products are mentioned, but they refer to the main K-series parts and not the actual HEDT chips. The performance is said to reach parity with processors from AMD and Apple, which would mean that we would be facing a double-digit gain.

The 16th Gen Intel Core processors will be called Lunar Lake, and they may end up being the first CPUs to be made on the Intel 3 node. These chips are said to deliver performance that could far exceed that offered by AMD and Apple, and now that we’ve Heard of this architecture in leaked documents it is known that it will be the successor to Meteor Lake, but since the rumor states that Arrow Lake will arrive earlier, we should not wait for the launch of these CPUs until late 2024 or early 2025.

Lastly, we have the Nova Lake CPUs that would bring new architectures known as Panther Cove and Darkmont to the table. The lineup is rumored to be the biggest architectural push in Intel’s history, even bigger than the Core architecture itself, introduced in 2006.

The CPU IPC performance improvement is rumored to be over 50% over Intel Lunar Lake chips, so we’re talking about the levels of IPC improvement that AMD’s Zen 1 brought; however, these processors are not expected to launch until at least late 2025 or early 2026 at the earliest.

Who sold the most GPUs this quarter? Intel, AMD or NVIDIA?

Fix the bug that prevents Windows from detecting the battery

the professional microphone that cannot be missing in your setup

Windows 10 original and forever for €12, take advantage of these 91% discounts!