In addition to this, Intel CEO Pat Gelsinger flatly declined to discuss recent reports that spoke of a possible interest by the company in acquiring. GlobalFoundries, something that the CEO of these denied but it is still suspicious that the boss of Intel has refused to speak about it.

Intel, with great prospects in Alder Lake for PC

Intel says it will ship several million Alder Lake chips to its partners in the second half of this year, which is a fairly optimistic outlook on this and suggests that the silicon giant is neither concerned nor affected by the shortage situation. . They have also commented that by now they have shipped more than 50 million Tiger Lake chips, and yet they have warned that they anticipate a “particularly acute” chip shortage in the third quarter of this year, although they remain optimistic about it. as they have raised their profit outlook for the full year to $ 73.5 billion.

The sale of desktop PCs for Intel has increased by 15% during the year, while the laptop segment is up an incredible 40% compared to the results presented in this same quarter of last year. However, these gains came at the expense of price cuts, as Intel’s median sales prices have declined 5% for desktops and 17% for laptops, indicating that Intel is lowering prices for stay competitive against AMD.

Finally, Intel’s data center group posted $ 6.5 billion in revenue for the quarter, representing a 9% drop from the prior year. Intel cited challenges compared to last year and a more competitive environment to explain this recession, a nod to AMD’s powerful EPYC processors that continue to erode their market share. Intel’s lower sales in the server segment occurred in the prior quarter, with a 20% decline in revenue.

There will be a shortage of chips in the third quarter 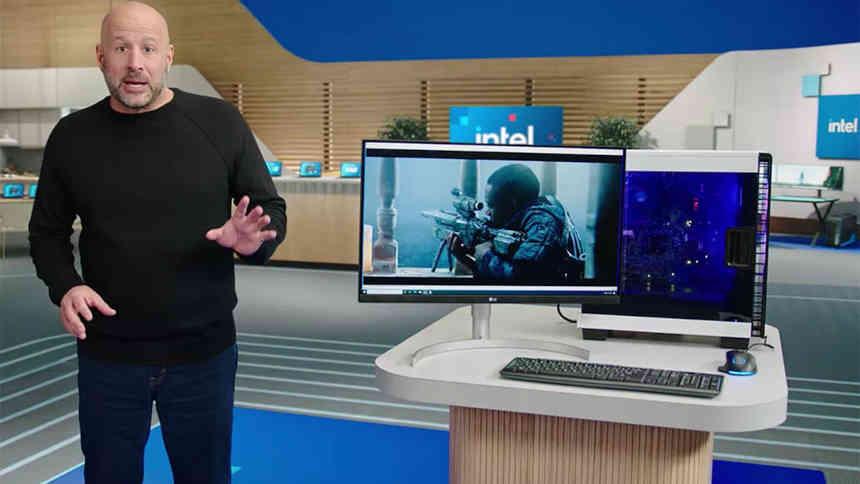 Intel says it has set a new revenue record in the PC segment and gained much more share in it. Intel’s ability to turn a good profit on chip sales is hardly surprising as they have maintained strong supply levels while other manufacturers have been hit considerably harder by chip shortages.

However, Intel says that we will see a “particularly acute” shortage of chips for its customers (that is, they talk about themselves and not the market in general) during the third quarter. Additionally, rising supply chain costs are biting into their profit margins, in large part because they are not passing these costs onto their customers (i.e., they are not raising prices but assuming the increases). Gelsinger said it expects the industry shortages to “bottom out” this year, but it will take an additional year or more for the market to fully stabilize.

Incidentally, Intel also announced that it now makes more 10nm than 14nm wafers, and that it has reduced 10nm manufacturing costs by 45% compared to last year, which is great news because it could mean Cheaper Intel processors for users.

News: surprise on PowerToys, Edge is more secure, and other updates

When downloading Chrome extensions, be sure to look for this badge