The subsequent step in the design of any integrated circuit on a chip is what we call sampling and it consists of the processor starting to be manufactured by creating samples of it on a small scale. Which are not ready for final commercialization, but they do contain the finished design. These pre-production chips are used for a wide variety of purposes, especially to ensure that the final chip works well and is compatible with the rest of the hardware with which it will interact.

In the case of a graphics card, it is also used to check if the design of the analog circuit that accompanies it to the GPU together with the VRAM is adequate. Why are we commenting on this? Well, Intel has announced that its Intel Xe-HPG have reached the sampling phase, which indicates that they are very close in time.

Let’s not forget that the Intel Xe-HPG or DG2 are dedicated GPUs for gaming, with a configuration of 512 EUs in their best configuration and possibly with optimizations for technologies such as Ray Tracing, in addition to the already confirmed use of GDDR6 VRAM memory. So they are much more powerful than the 96 EU Intel Iris Xe that are mounted as entry GPUs for laptops.

Intel has taken a very specific strategy for the architecture of its GPUs, whether dedicated or integrated, in which, starting from a common architecture, but with different extras in each model, they have proposed several GPUs for several different families. Well, the newly created division of Intel GPUs, called Accelerated Computer Systems and Graphics, ACSG, which is led by Raja Koduri has just announced that the Intel Xe-HPG has already entered the sampling stage.

According to Intel itself, Xe-HPG GPUs based on their DG2 architecture would already be shipping to their partners. Which should not surprise us since we saw a few days ago an already finished version of the Xe-HPG silicon and we must not forget that the first benchmarks have come out in Geekbench. In any case, we must bear in mind that it is very likely that we are talking about the version for laptops, not only due to the fact that we have seen the benchmarks of the version for laptops, but that we have to add the leaks of the latest weeks where the PCB for gaming notebooks that will combine Intel Xe-HPG and the notebook version of the Intel Alder Lake CPU were seen.

The “sampling” and therefore pre-production phase will allow the different assemblers to report possible problems in the implementation before launching a final specification. The launch of these GPUs? We don’t know yet, but since we’re going to look at Alder Lake architecture desktop CPUs first and the sampling seems to be from the laptop version. Our conclusion is that they will appear on the market at the same time as the notebooks with Alder Lake CPUs. The desktop version? Apparently we’ll have to wait a bit.

What would the performance of the Intel DG2 be?

At the moment we do not know since the information is highly contradictory, on the one hand we have the OpenCL benchmark in Geekbench where we are told that the 256 EU version is at the level of a GTX 1050. On the other there are benchmarks that place the 48 EU version at the level of the RTX 3070 and RX 6700 XT. In any case, let’s not forget that we are not looking at the final GPU that will arrive in our hands in a few months, since the DG2 is still in the sampling phase and not in final production, apart from not having the drivers finished. 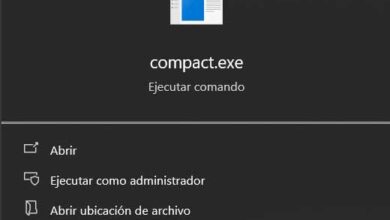 they shut down the API and block third-party clients What can I do with CCleaner if I don’t pay?