The leaked last night in the Anandtech forums by the user ‘Mooreslawisnotdead’ is not wasted and indicates that in the headquarters of the blue giant there is equal parts fear and respect for AMD. The change in Intel architectures up 2024 It is going to be a performance leap, yes, but apparently it will not measure up against the bet of AMD, which already have Intel at the same height in gaming.

Intel architectures through 2024 and perhaps a sea change by 2025

If what has been leaked is true, Intel is not going to put its foot on the accelerator, rather the simile would be that it is going to step so hard that it will probably end up touching the asphalt. As we have said, four “Lake” architectures in just two years, in theory all socket compatible LGA 1700, but what no longer seems so clear are the architectures that are intended for 2024 and 2025, where there may be a socket change or forced compatibility, as happened with LGA 1151.

So, let’s see what the blue giant has in store for us for the years to come. We already know almost everything there is to know about this architecture and we have practically already leaked data from its best CPU, the i9-12900K. The leaks claim that it won’t live up to AMD’s offerings on desktop or Apple’s on laptops or devices. It seems that the evolutionary leap is not so much in performance as in the technology used for it and it will simply be the basis of future CPUs.

Just half a year later, Raptor Lake is expected to make an appearance and its performance will increase somewhat to keep up with its competitors. The increase is estimated at 10% (it is not specified if general or in CPI) and its maximum configuration will be based on the 8 BIG and 16 little cores, where other rumors put it at 16/24 in the high-end. The problem is that it is mentioned that by then Zen 4 will arrive and Intel would be behind again and by more margin.

Meteor Lake is now expected to be Intel’s first truly modular architecture based on Tiles, where it is more than likely that the alliance with TSMC will occur to create brand-specific substrates, all in different packages. There will be a reduction of the node and therefore of the transistors, but AMD will fight back with Zen 4+ or possibly Zen 5 if it was available and finished.

It is speculated with the adoption of the new Intel 4 nodes and a complete 3D design using Foveros, so it would remain within the LGA 1700 socket.

Intel will shoot the number of threads, but surprisingly keep the maximum core count at 8 high-performance, while the low-performance would go up to 32, that is, 40 cores in total. The forecasts are that given this change it will equalize the contest with AMD, but Apple would take the palm of the efficiency.

Here comes the controversy, because apparently Intel would not have its GAA transistors ready and would turn to TSMC and its node of 3 nm. This would allow it to achieve parity of performance and efficiency with AMD and Apple since this architecture would represent a very high performance leap. Rumors claim that the blues would make the jump to their node Intel 3.

This architecture will be Intel’s definitive change for the Core range, where reportedly it will be a radical change as it was in 2006. It is an architecture made completely from scratch and it is speculated with a gain close to 50% compared to Lunar Lake.

Will AMD be able to compete with Intel and its architectures in 2024 or 2025? 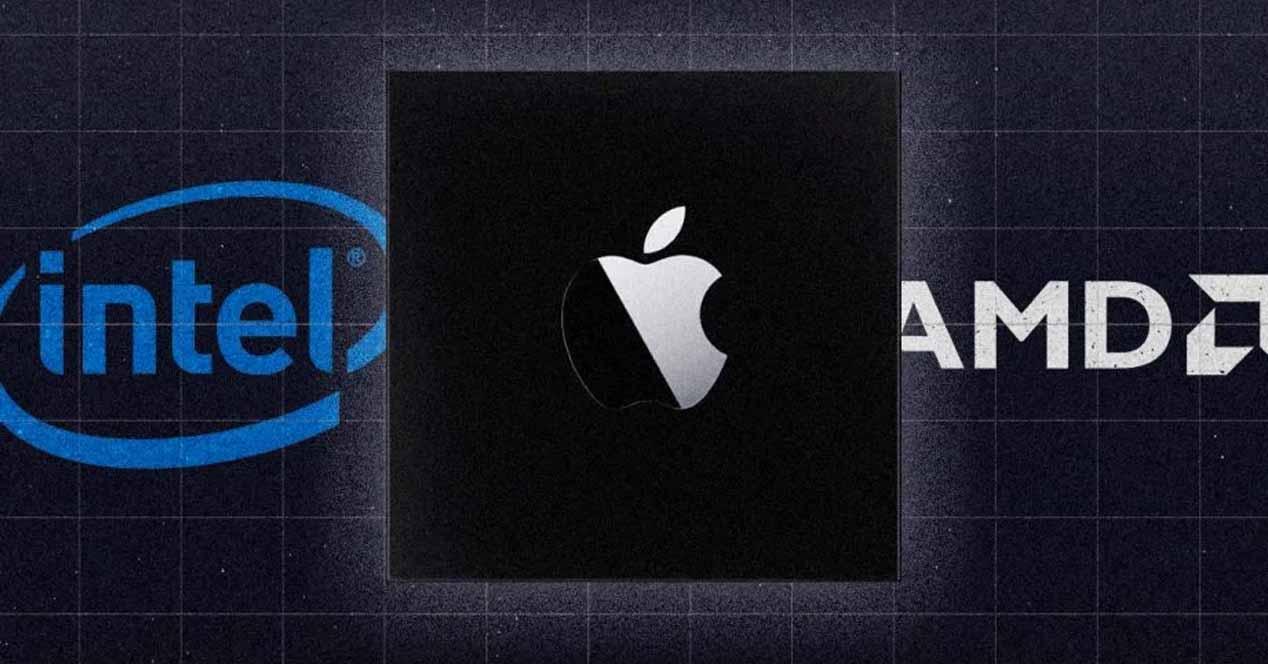 As we can see, Intel will launch different architectures by 2024 and with this it has put the machinery to work at an unusual speed that will force AMD to do the same, the competition seems to arrive at the end of 2024, where until then those of Lisa Su could dominate the desktop CPU market and who knows if the server market.

These 350 Chrome Extensions Are Hacking You: Delete Them Now

Do not buy a graphics card from China, they may be fake

Intel or AMD? Choose the processor that you like the most, and save up to 80 Euros Do you chat with Facebook Messenger? This is how you install it on Windows