The next version of the great wireless connectivity standard, Wi-Fi 7, is still in development and will not take long to reach the market. Although Wi-Fi 6 (and Wi-Fi 6E) have been a level jump compared to previous standards, Wi-Fi 7 will be the version that definitely allows replace local wired networks via wireless connections.

Wi-Fi 7 is defined as 802.11be and points to two key advantages that have been repeated in each new version of the standard: faster speeds and reduced network congestion. According to the responsible body WiFi Alliance, the new version will support throughput of 30 Gbps or more, which is a big step up from the maximum speeds of 9.6 Gbps available in Wi-Fi 6.

Multiple vendors are working on its launch and now we get Intel’s roadmap from a press conference by the firm’s vice president of wireless solutions, Eric McLaughlin. Although the chip giant got out of the router and gateway business, the company remains the world’s number one producer of Wi-Fi modules for personal computers.

According to the executive, Intel chips with support for Wi-Fi 7 will be released in late 2024 and will be released on laptops to later spread to the rest of the segments of personal computers. 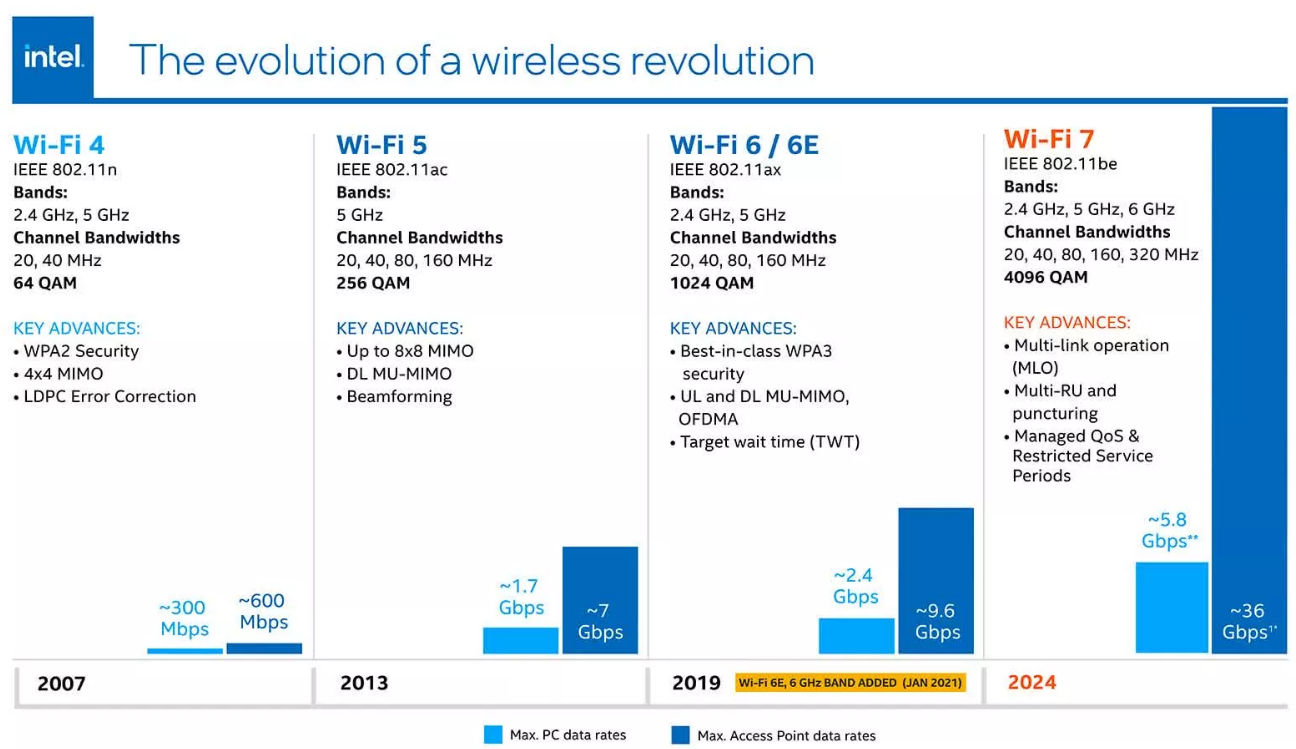 It must be said that with this schedule, Intel could fall behind the competition. The first network devices with Wi-Fi 7 (routers, access points, etc.) are expected in 2023 and providers such as MediaTek and Qualcomm have already made technological presentations for the new standard with the ARM architecture. We will see.